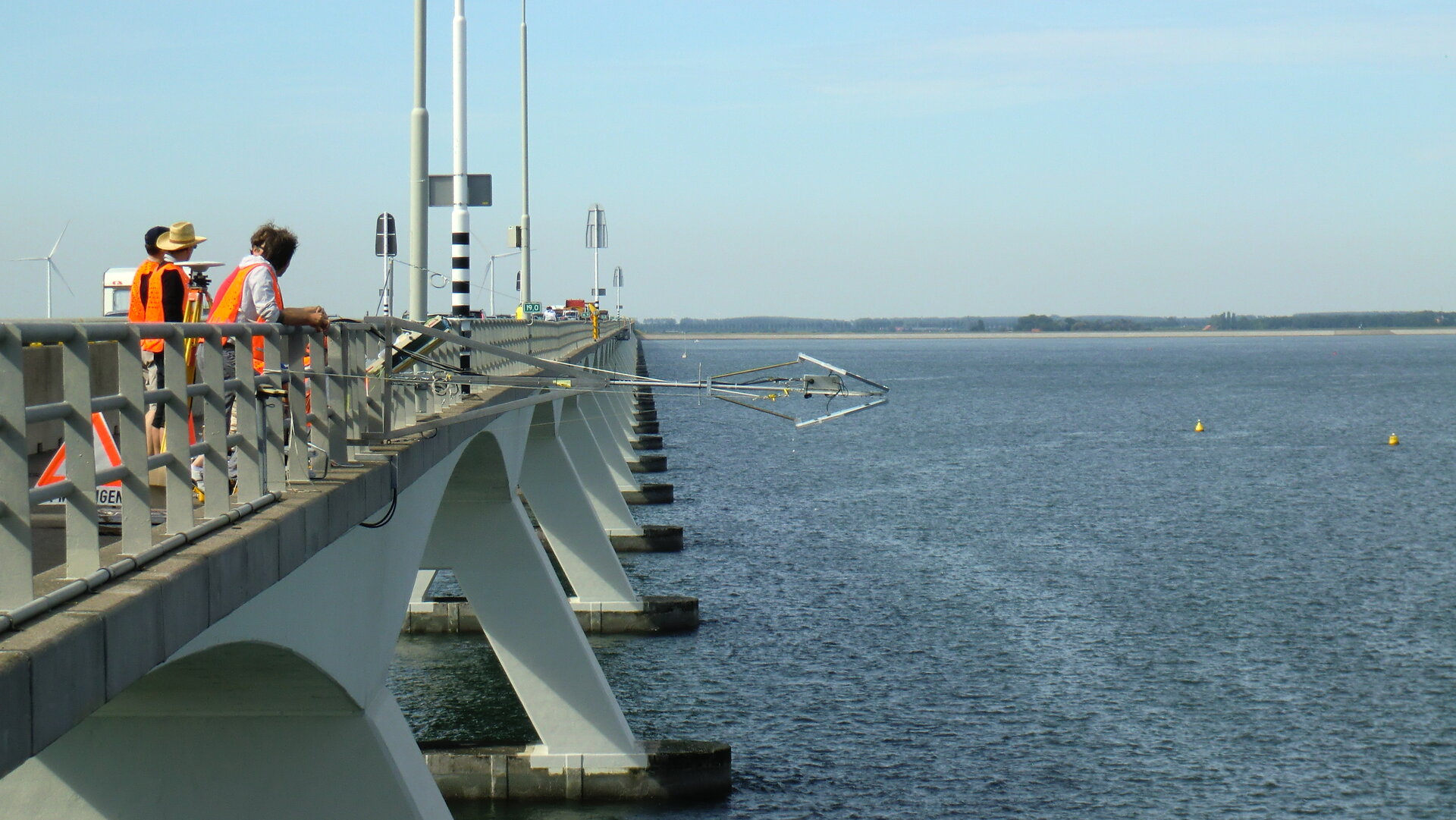 Every space mission has to begin somewhere. The Zeeland motorway bridge on the Dutch coast is the starting point for PARIS: testing here has confirmed the concept behind this proposed ESA mission to perform Earth monitoring using reflected satnav signals.

As traffic zoomed past, engineers extended a double-sided antenna out from a walkway on the bridge’s edge, 17 m above the coastal waters. This antenna can pick up satnav signals from above and below it simultaneously.

By combining the initial, overhead signal with the same signal reflected off the water – employing a process called interferometry – the extra travel time of the reflected beam could be determined, and the sea height calculated to within five centimetres.

Signal reflections are something of a nuisance for everyday satnav users, causing false locks and positioning errors. But on a larger scale, these bounced-back beams may become a scientific resource.

Intercepted by dedicated satellites, these returning signals could build up global maps of sea-surface height and wind and wave measurement over the ocean, ice extent and thickness above icecaps and soil moisture and biomass across land.

The Passive Reflectometry and Interferometry System (PARIS) would involve a constellation of 10 satellites, each tracking 12 to 16 satnav signals. This ocean-focused constellation would be able to detect a moving tsunami within less than half an hour.

Even ship detection would be possible: the Zeeland experiment showed deflected signals when boats passed under the bridge.

“Today, there are lots of teams worldwide looking into the use of reflected satnav signals,” explained ESA’s Manuel Martin-Neira, who invented PARIS back in 1993.

“What is particularly significant about our test campaign is that it proves experimentally for the first time that interferometry does indeed allow the correlation of original and reflected satnav beams, attaining the highest possible accuracy.

“It means, in addition, that any or all of the various signals from different countries’ systems can be employed, because we extract all the measurements we need through signal correlation.

“We are not reliant on any of the securely-coded positioning data embedded in the signals themselves.”

Interferometry is an advanced technique typically harnessed for high-precision physics, chemistry and astronomy measurements: when beams are combined, the resulting interference pattern identifies any difference in the travel time of the two beams.

By contrast, satnav reflectometry has so far operated in the same way that standard satnav receivers work: once a signal is picked up, the receiver generates a replica signal based on public access codes stored within the receiver. It is this replica signal that is then compared to the fainter reflected beam.

The problem is that the results are constrained by accuracy limits set on open-access satnav.

“This other method is simpler to achieve with a much more streamlined antenna,” explained Manuel. “But our testing shows it to be an order of magnitude less accurate.

“PARIS instead requires a more elaborate two-sided high-gain antenna with multiple elements. This presents satellite designers with a greater challenge, but offers a much better science return.”

The Zeeland bridge test took place last July. Having proved the concept successful, the next step is to develop spaceworthy prototypes, in preparation for a proposed PARIS demonstration mission. In parallel, airborne testing is also planned.