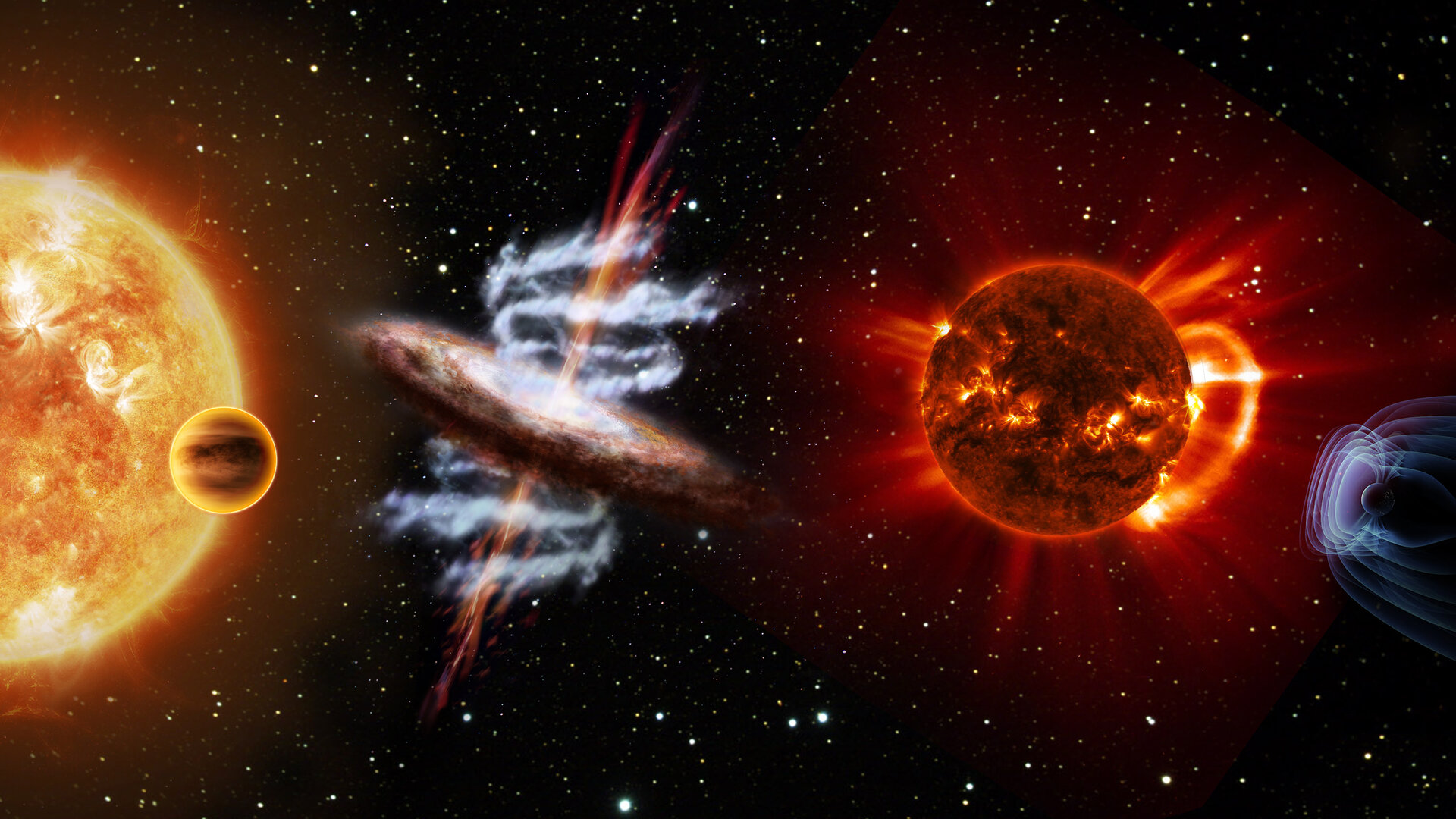 Exoplanets, plasma physics and the X-ray Universe are the topics chosen by ESA to be considered for the fourth medium-class mission in its Cosmic Vision science programme, for launch in 2025 and like all the previously proposed Cosmic Vision missions, part of that consideration involves their assessment in a Concurrent Design Facility (CDF) study at ESTEC.

“The selection of these three exciting mission concepts for study is an important step in the continuation of ESA’s long-term presence in space,” says Professor Giménez.

“The three proposals each offer the chance to tackle some of the major outstanding scientific questions about our place in the Universe.”

Ariel would analyse the atmospheres of around 500 planets orbiting close to nearby stars, to determine their chemical composition and physical conditions. The results would help scientists better understand planet formation, putting our own Solar System in context.

Thor would address a fundamental problem in space plasma physics concerned with the heating of plasma and the subsequent dissipation of energy. Planned to orbit Earth, its studies would include the interaction of the solar wind with Earth’s magnetic field.

The investigation would shed light on the underlying physical mechanisms of plasma behaviour under turbulent conditions, in order to understand a key interaction between planets and their host stars.

Xipe would study X-ray emissions from high-energy sources such as supernovas, galaxy jets, black holes and neutron stars, to discover more about the behaviour of matter under extreme conditions.

It would be the first observatory sensitive enough to make high-resolution measurements of the polarisation of these sources, opening a new window into the high-energy Universe.

The three mission concepts were chosen from 27 proposals that were submitted in response to the mission call made by ESA to the scientific community last year.

The CDF studies will help in making a detailed technical and scientific definition of the three concepts including a cost, risk and programmatic assessment, after which one mission will be selected to fill the fourth medium-class (M4) opportunity in ESA’s Cosmic Vision 2015–2025 Plan, for launch in 2025.

Solar Orbiter, Euclid, and PLATO were all studied in the CDF and have already been selected as medium-class missions. They are scheduled for launch in 2018, 2020 and 2024 respectively.

For more information, please refer to the references on the right.