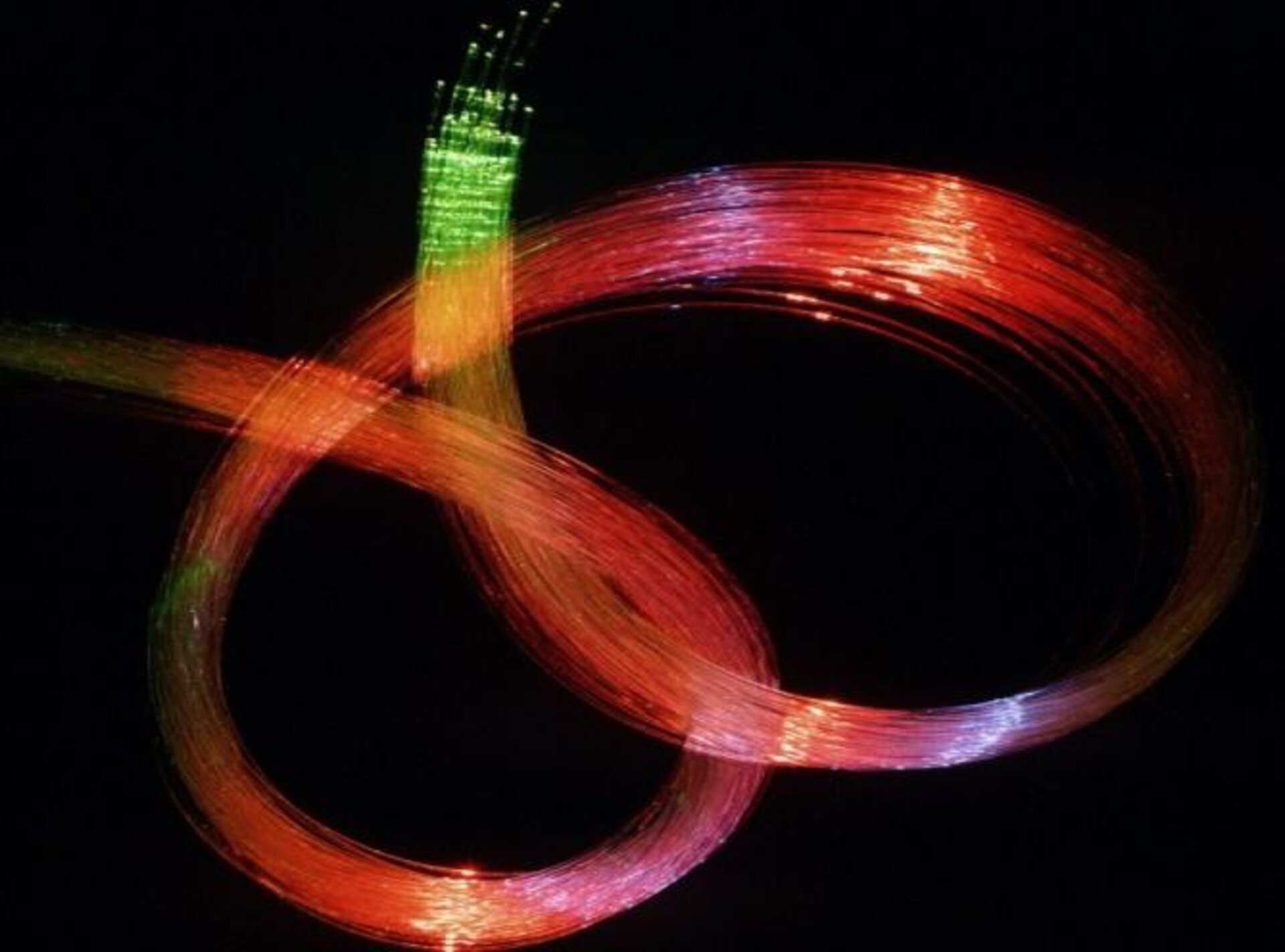 ESA’s SMOS satellite is on the verge of beginning its operational life, returning snapshots of Earth’s watery 'skin'. The water mission’s success has been made possible by a particular technical distinction: the first mission-critical use of fibre optics.

SMOS and the Proba-2 microsatellite – which also has an optical fibre system and was launched together with the larger mission – represent a historic step forward for 'photonics' in space.

The full-sized SMOS looks back at its home world, detecting faint, naturally emitted radio signals to track ocean salinity and soil moisture for weather and climate studies. The smaller Proba-2, less than a cubic metre, is focused in the other direction, its instruments concentrated on the Sun and space weather.

Besides their rocket, the two missions do have something else in common: their novel use of optical fibres.

“This represents a historical turning point for the use of lightwave technologies in space – there are more than 500 metres of optical fibres embedded within the MIRAS instrument.

“By comparison, Proba-2 has a mere six optical fibre lines, but they are being used in a whole new way, to make temperature and pressure measurements around its fuel tank, propellant lines and thruster nozzle.”

Down on the ground, optical fibres form the basis of today’s global communications infrastructure. Bundled into cables, these hair-thickness lines of glass rely on internal reflection to transmit pulsed light signals across vast distances. Optical fibres have practically unlimited bandwidth while weighing less and being mechanically flexible.

All of these are attractive attributes for space operations too, but it was a separate characteristic that made optical fibres a SMOS must-have.

“MIRAS is basically a receiver, detecting very faint thermal noise from Earth’s surface, which has to be amplified ten billion-fold before it is used,” explained Manuel Martin-Neira, ESA Payload Engineer for SMOS.

“Any electrical noise leaking out from the electronic boxes in the arms can influence the correlation measured and blur the resulting images. However, optical fibres relay information with light pulses rather than electrical signals, so they do not produce any electromagnetic radiation.”

MIRAS creates a two-dimensional image by combining radiometric signals received by 69 separate receivers, all of them needing to be linked together and connected to a central correlator unit.

As Dr Martin-Neira added: “You can imagine the enormous difficulties involved if we had gone with an electrical harness and then, when the instrument was completed, found that somewhere inside it a signal was polluting the results. At that stage it would have been an insurmountable problem.”

So the MIRAS team turned to optical fibres instead. It was a brave decision because nothing like it had ever flown in space, and dedicated optoelectronic transmitters and receivers as well as passive fibre optic splitters also needed to be developed.

But MIRAS’s optical fibre harness turned out to bring other advantages. Their lower weight meant that the instrument’s long arms could be unfolded in orbit using relatively light spring-loaded motors, and the fibres’ mechanical flexibility meant their performance was unaffected by this movement.

Start of a satellite nervous system

Proba-2’s Fibre Sensor Demonstrator (FSD) was not mission-critical, but could become a standard part of future space missions. It was designed by MPB Technologies of Canada with the support of ESA’s General Support Technology Programme, devoted to evolving promising prototypes into space-ready hardware.

This first complete fibre optic sensor system to fly on a satellite functions like a kind of basic nervous system. It incorporates a number of sensors that are themselves fibre-based – known as Fibre Bragg grating sensors and widely used on the ground, often placed into critical infrastructure such as pipelines or dams. Any change in local temperature or pressure causes very slight changes to the wavelength of light passing through them, which can then be precisely decoded.

Telemetry confirms Proba-2’s FSD is working well, and returning useful information on the operations of its propulsion system. It is measuring only pressure and temperature, but future versions could also gather strain and acceleration data.

“Because of their unique advantages, it is expected many missions will take advantage of photonic technology,” said Iain McKenzie, opto-electronic engineer within TEC. “This takes in optical analogue and digital communications, optical switching, fibre optic sensors and optopyrotechnics.

“We are confident of this due to the extensive body of work performed by the Agency and its industrial and academic partners in developing the photonic technology building blocks, and the successes of these trailblazing missions.”