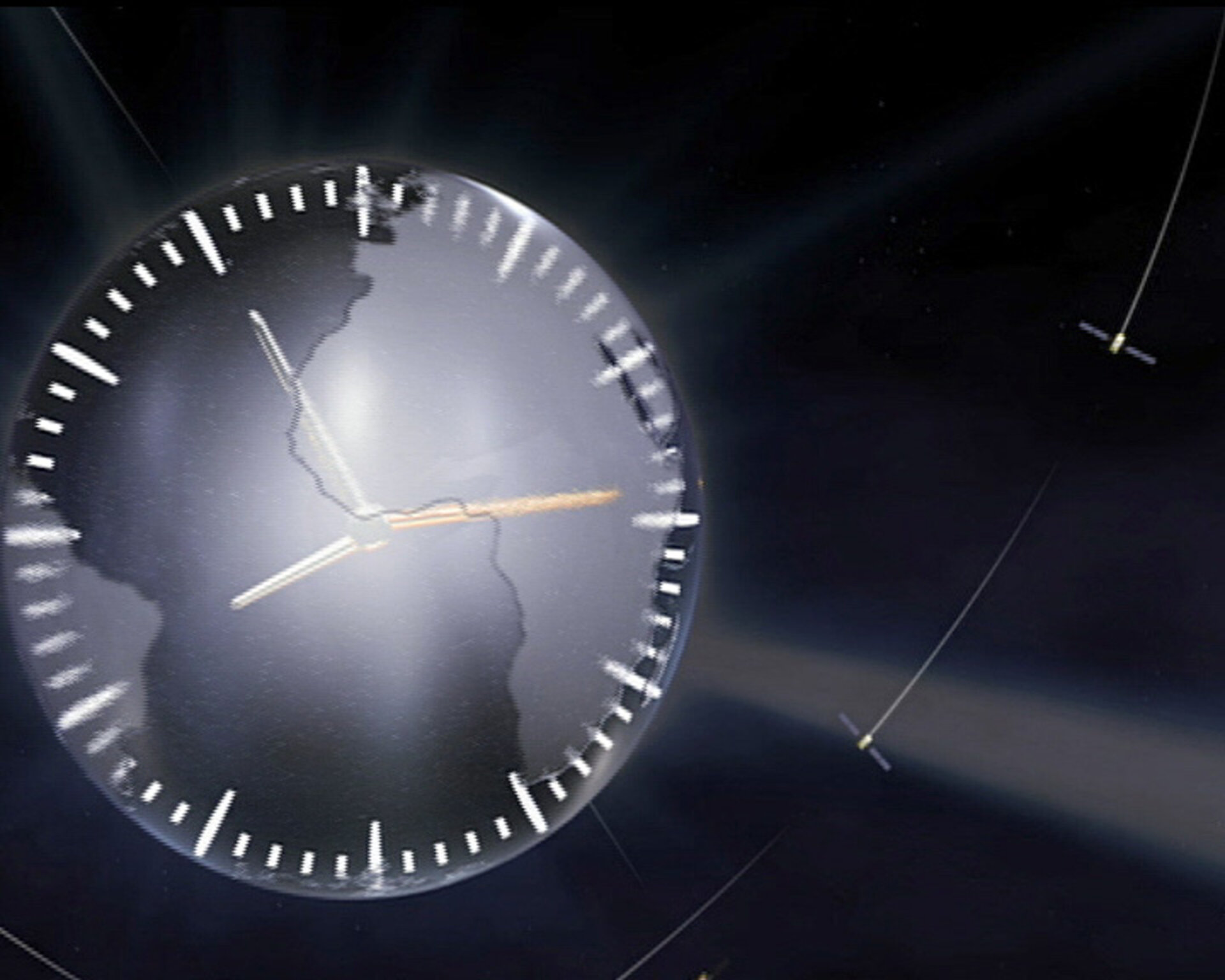 ESA is helping to set the world’s time. Ultra-accurate atomic clocks of the Agency’s Navigation Laboratory, which will be used to assess performance of the Galileo satnav system, have joined the global effort setting Coordinated Universal Time down to a billionth of a second.

The replacement for Greenwich Mean Time, Coordinated Universal Time (UTC) is part of all our daily lives: it is the timing used for Internet, banking and aviation standards and other international timescales, maintained by the Paris-based Bureau International de Poids et Mesures (BIPM).

Participating measurement institutes and observatories around the globe use collections of atomic clocks to estimate a current value for UTC. These clock data are fed through to the BIPM to be carefully weighted and averaged to derive a combined global value. The complexity of this effort is such that it takes around six weeks to arrive at a definitive final figure.

ESTEC Director Franco Ongaro has signed an agreement with BIPM to mark the international recognition of the ESA timescale and the addition of ESA’s atomic clock data to the UTC calculations.

“This is an independent timing capability that ESA’s Navigation Laboratory – based in ESTEC in the Netherlands – built up to support validation of Galileo timing performances, and before it the experimental Galileo GIOVE satellites,” explained Pierre Waller of ESA’s RF Payload Systems division.

“But it makes sense to apply it more widely, and this BIPM recognition reflects the quality of our data. Our UTC estimate – formally known as UTC (ESTEC) – is also available for projects within ESA: there are many space applications beyond just navigation, such as precision technical experiments or synchronisation of telecommunications and deep-space ground stations.

“Incidentally, it is important to note that our contribution to UTC does not replace the existing input from the Netherlands’ own national timing metrology institute, Van Swinden Laboratories (VSL) in Delft. Instead we are adding to it, for enhanced global accuracy overall.”

Galileo, like all other satellite navigation systems, is based on the highly precise measurement of time. A receiver on the ground pinpoints its position by calculating how long signals from satellites in orbit take to reach it.

Matching the receiver and satellite clocks then multiplying the time taken by the speed of light gives the range between the user and the satellite. This allows the receiver to fix its longitude, latitude and time when in contact with four or more satellites. Atomic clocks on each satellite keep time to a matter of nanoseconds – billionths of a second – synchronised by a worldwide ground network.

Galileo runs on ‘Galileo System Time’ (GST), which will be calculated by two Galileo Precise Timing Facilities equipped with active hydrogen masers and caesium atomic clocks in the system’s twin control centres, Fucino in Italy and Oberpfaffenhofen in Germany.

“UTC is the basis for legal time,” added Galileo’s Alexander Mudrak. “GST is derived independently of UTC but will be kept close to it. Galileo will also disseminate the offset between GST and UTC in its navigation message. Close GST–UTC agreement also ensures Galileo and GPS are interoperable.”

“In addition, Galileo will become an important source of precise time measurement in its own right, in addition to its navigation function, in the same way GPS is now.”

That will change later this year, when all four satellites are operational and GST begins to be available to users. From then on ESA’s Navigation Lab will play an important role independently validating Galileo timing performance.

ESTEC’s Navigation Lab is fitted with caesium and also active hydrogen maser atomic clocks – an order of magnitude more accurate than the passive hydrogen masers aboard each Galileo satellite, themselves accurate to one second in three million years.

To ensure their stable running, the clocks are maintained in a carefully controlled environment with conditioned power and a continuous generator back-up.