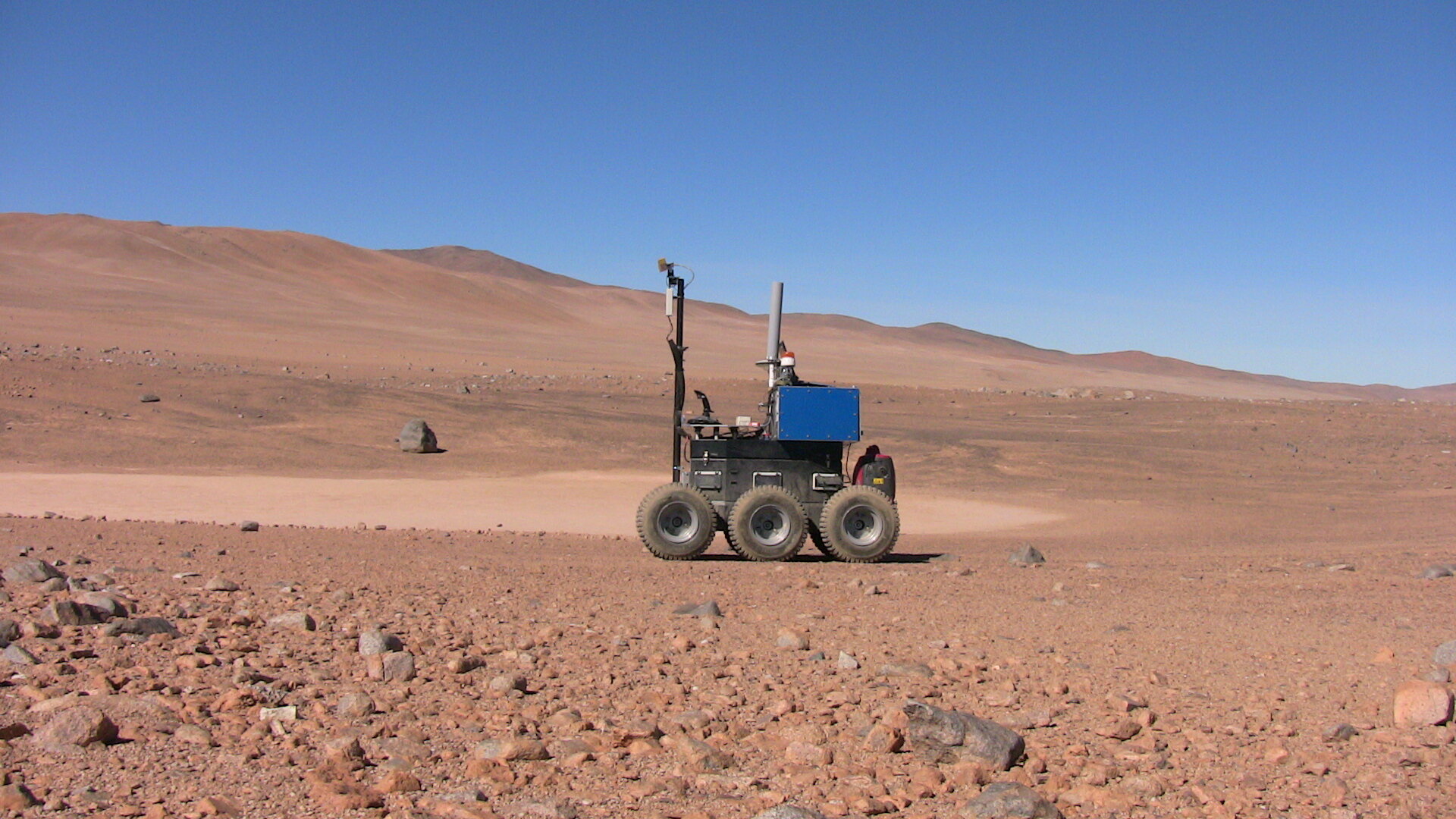 ESA assembled a top engineering team, then challenged them to devise a way for rovers to navigate on alien planets. Six months later, a fully autonomous vehicle was charting its course through Chile’s Mars-like Atacama Desert.

Standing for ‘Space Technology Advancements by Resourceful, Targeted and Innovative Groups of Experts and Researchers’, StarTiger involves a multidisciplinary team gathered at a single site, working against the clock to achieve a technology breakthrough.

“Our expert team met at the Rutherford Appleton Laboratory in the UK,” explained Gianfranco Visentin, head of ESA’s Automation and Robotics section.

“Their challenge was to demonstrate how a planetary rover – equipped with state-of-the-art autonomous navigation and decision-making software – could traverse 6 km of Mars-like environment and come back where it started.”

Mars rovers cannot be remotely ‘driven’. It takes radio signals up to 40 minutes to make a round trip between Mars and Earth. Instead, rovers are given instructions to carry out autonomously.

“ESA’s ExoMars rover, due to land on Mars in 2018, will have state-of-the-art autonomy,” added Gianfranco.

“However, it will not travel more than 150 m per individual ‘Sol’ – a martian day – or much more than 3 km throughout its mission.

“The difficulty comes with follow-on missions, which will require daily traverses of five to ten times longer.

“With longer traverses the rover progressively loses its absolute localisation – sensing where it is.

“Lacking martian GPS, the rover can only determine how far it has moved relative to its starting point, but this ‘dead reckoning’ is still subject to errors, which build up into risky uncertainties.”

The Seeker team aimed at a less than 1% distance error, and being able to fix their position on a terrain map to 1 m accuracy.

Prototypes underwent indoor and outdoor testing. Then, in May, the Seeker team - including experts from SciSys UK, BAE Systems UK, Roke Manor UK, MDA-UK, the University of Oxford and Laboratoire d’Analyse et d’Architecture des Systémes in France - took their rover to the Atacama Desert, one of the driest places in the world, which was selected for its similarities to martian conditions.

“The European Southern Observatory’s nearby Very Large Telescope was an additional advantage,” Gianfranco added. “The observatory kindly provided refuge for the cold and windy desert nights.”

For two weeks the team put the rover into action within a particularly Mars-like zone. Like anxious parents, the team watched the rover go out of sight, maintaining only radio surveillance.

Their daily efforts culminated in the official trial, when the Seeker rover was programmed to perform a single 6 km loop.

“The whole day was needed as the rover moves at a maximum 0.9 km/h,” Gianfranco recalled.

“But this was an unusual day. The usual desert winds counteracting the fierce heat of the Sun died away.

“The rover grew dangerously warm, and had to be stopped around midday. Then, when the wind finally picked up there wasn’t enough time to complete the loop before sundown.

“We managed 5.1 km, somewhat short of our 6 km goal, but an excellent result considering the variety of terrain crossed, changes in lighting conditions experienced and most of all this was ESA’s first large scale rover test – though definitely not our last.”