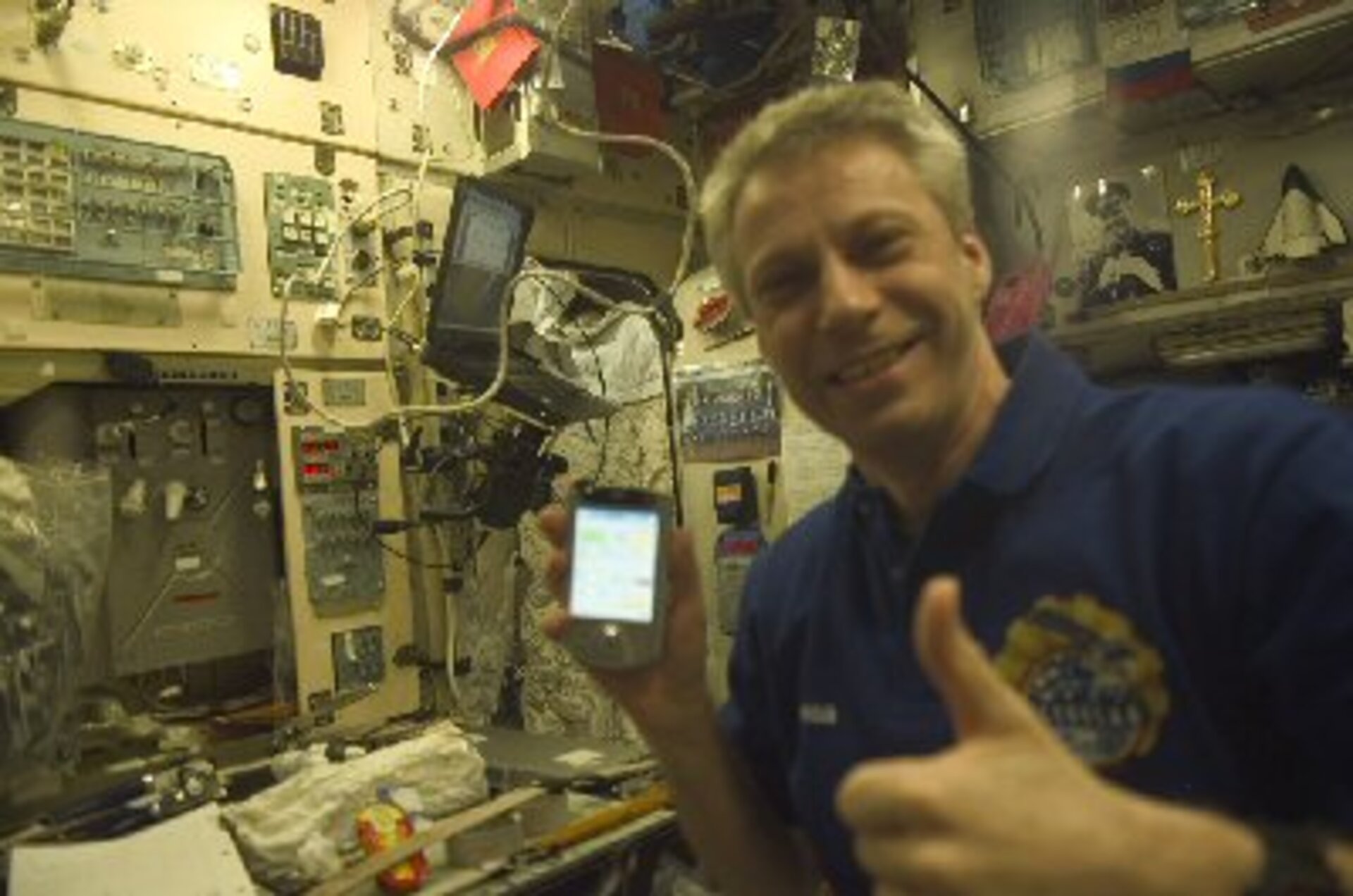 ESA engineers plan to apply the same wireless systems that keep our mobile phones, laptops and devices connected on the move to a new generation of networked space hardware.

To date only a few relatively simple wireless technologies have flown in space: astronauts on the Shuttle and International Space Shuttle (ISS) have onboard WiFi for their PDAs while wireless sensors have also been placed within the Shuttle wings to acquire in-flight temperature data. In addition ISS is equipped with an Internal Wireless Instrumentation System (IWIS) with wireless accelerometers used to measure the structural response of the multi-module Station during orbital reboosts or docking manoeuvres.

In Europe, experimental wireless technologies have been tested aboard nanosatellites: Delft University of Technology in the Netherlands has recently flown a fully autonomous wireless sun sensor (AWSS), integrating the sensor, solar cells for power and a wireless data link, while Spain's INTA nanosatellite has followed a slightly different path by flying optical wireless technologies to replace onboard sensor and command buses.

Wireless RFID (radio frequency identification) tags are meanwhile in development for ISS inventory procedures. Each time ISS crews transfer bulky cargo bags aboard they have to empty out every single item in order to scan their barcodes into the Station's Inventory Management System (IMS).

Having already replaced barcodes in many terrestrial retail and supply chain settings, RFID tags can be read remotely via radio instead of line-of-sight, streamlining the laborious IMS process and freeing up time for scientific work.

Astronaut biomedical experiments and health monitoring via wireless are in the planning stages too – similar wireless sensors already being routinely used in terrestrial hospitals. The data from health sensors all across an astronaut's body could combine to form a 'Body Area Network'.

Taking the wires out of satellites

In terms of future spacecraft, the main attraction of wireless technology is actually in slashing the amount of onboard wiring needed to make them function. Any standard satellite design might require kilometres of cabling to be carefully harnessed and connected.

"The initial interest in wireless spacecraft was primarily focused on mass reduction," explains Mr Dufour. "If all the wire harnessed to a spacecraft could be removed then that adds up to 10 to 30kg of weight in total. In practice it isn't that simple because the wireless sensors need a power supply, so an ESA Concurrent Design Facility (CDF) study shows mass would be reduced by just 2% in total.

"Where the valuable savings would come would be in the Assembly, Integration and Testing (AIT) phases. The same CDF study suggests 20 days could be cut from AIT procedures because a wireless spacecraft would be much less complex to put together and test."