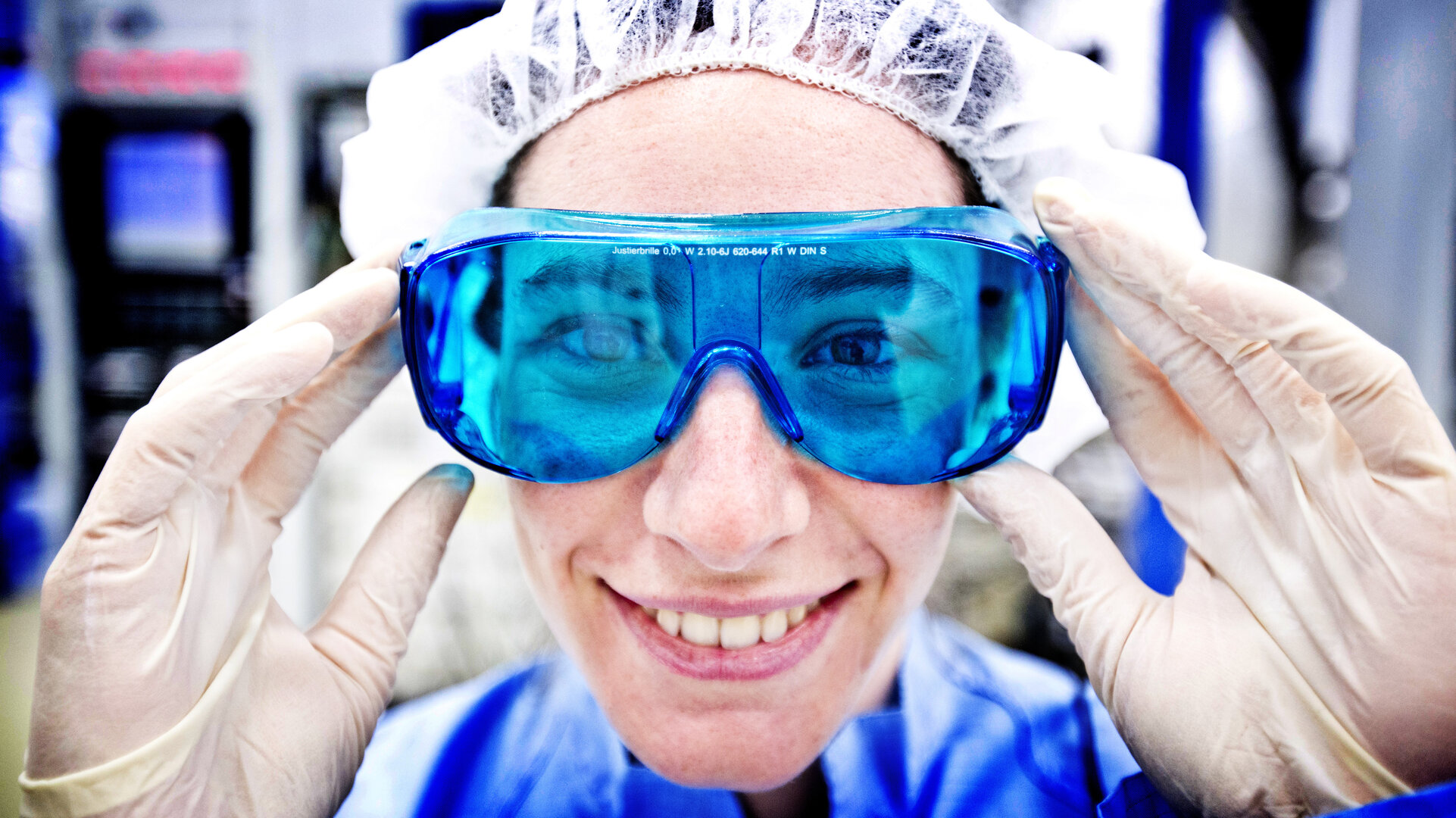 ESA’s laboratories are equipped with a huge range of measuring tools, but the most versatile remains the human eye – and it must be looked after. These protective goggles are worn while using lasers to align plasma-measuring probes, in preparation for test firings of space thrusters in ESA’s Propulsion Laboratory.

Based at ESA’s technical centre ESTEC in Noordwijk, the Netherlands, the Propulsion Laboratory specialises in the testing of ion engines and other thrusters that operate outside Earth’s atmosphere.

These are test-fired in specialised vacuum chambers, with diagnostic devices – Faraday and Langmuir probes as well as retarding potential analysers – placed at precise points within the thruster's plumes to gather data on its performance.

Engineer Giuditta Montesanti is pictured while preparing for a test: the thruster firings themselves take place out of sight, requiring no special protection. The Lab performs testing both for general research and development and in support of European space projects.

This spring will see testing of the MiniRIT micro-propulsion thruster – research associated with ESA's LISA Pathfinder project. A mission due to launch next year, testing technologies for gravitational wave detection, will be the most precisely controlled spacecraft ever flown, requiring thrusters that are sensitive enough to push back against the force of incoming sunshine.