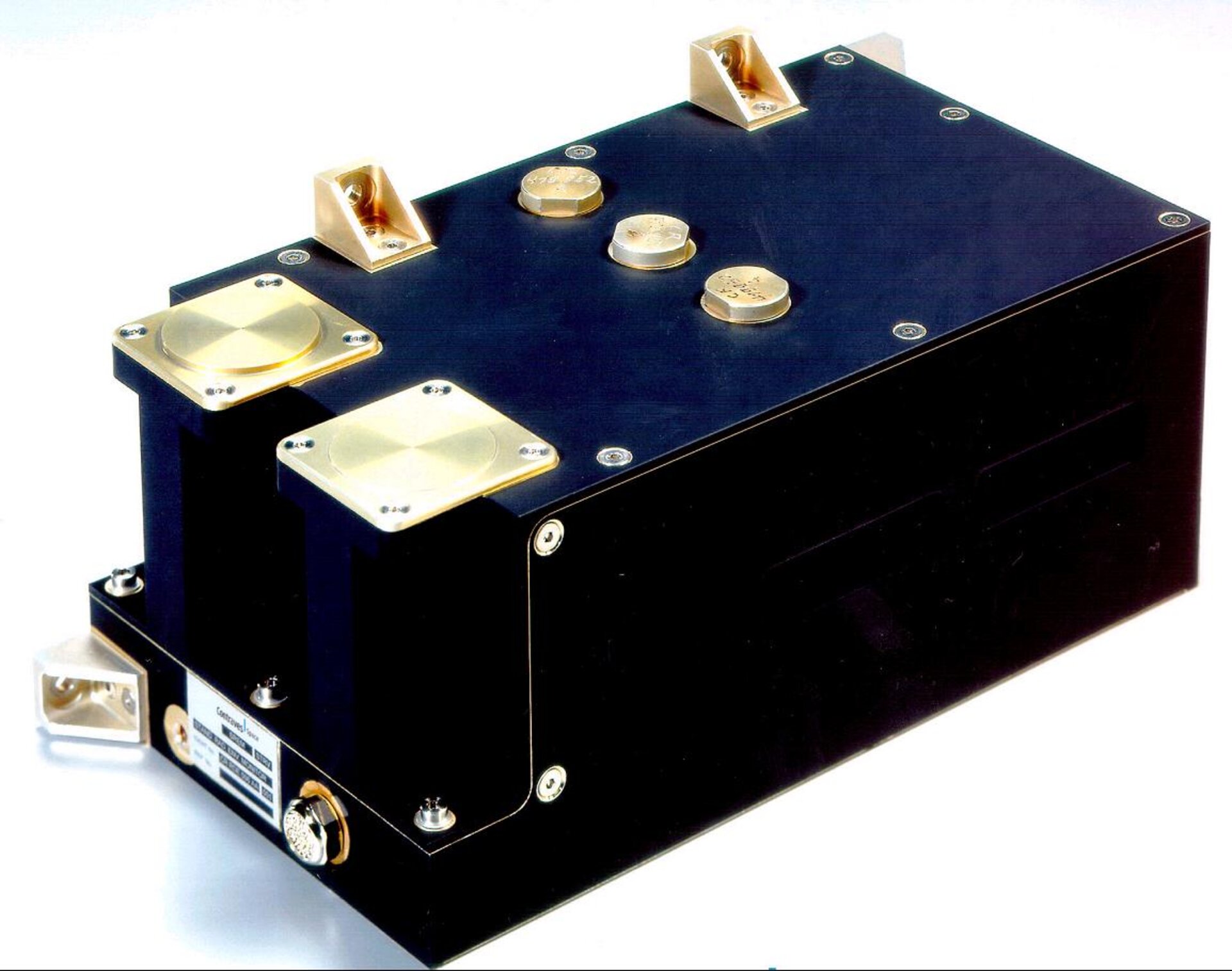 As the Herschel and Planck observatories head towards their final orbits 1.5 million kilometres from Earth each spacecraft has a small but significant passenger aboard – a device no bigger than a shoebox, the latest in a family of monitors piggybacking on ESA missions to chart variations in radiation across different regions of space.

The instrument is known as the Standard Radiation Environment Monitor (SREM), and it has been designed to detect highly charged particles expelled from the Sun, surrounding Earth in radiation belts, or originating from interstellar space – known as 'cosmic rays'. The SREM's main purpose is to identify radiation hazards threatening its host spacecraft but also to yield a detailed picture of the space radiation environment.

Herschel and Planck are transporting their SREMS into orbit around the distant second Lagrangian point (L2), a point in space behind Earth where combined solar and terrestrial gravity keeps the spacecraft orbiting the Sun at the same rate as the Earth. These monitors are joining identical SREMs already operational in a variety of other orbits:

"For the first time we have been able to observe the same solar energetic particle events from different locations in the Solar System at the same time while using basically the same instrument," says Petteri Nieminen of ESA's Space Environment and Effects section. "That is unique."

Earth's magnetic field guards against interplanetary radiation, but its protection diminishes with distance. The lowest-altitude SREM aboard Proba-1 orbits within this 'magnetosphere', although its path passes through a zone of heightened particle radiation known as the South Atlantic Anomaly.

Higher-orbiting SREMs pass out of the magnetosphere altogether, crossing through the bands of trapped radiation particles known as the Van Allen Belts, while the SREMs aboard Rosetta and now Herschel and Planck sample radiation away from Earth orbit in interplanetary space.

The devices can be thought of as the satellite equivalents of the radiation dosimeters worn by astronauts in-orbit. High levels of particle radiation can disrupt spacecraft electronics as well as degrade crucial onboard materials such as sensor lenses or solar cells. But its effects on unshielded human biology would be even worse.

"Radiation is going to be a crucial issue when it comes to planning the future human exploration of the lunar surface and Mars," explains Mr Nieminen. "Exposure to the most energetic protons and electrons detected by SREM could cause serious radiation sickness in unprotected astronauts."

The SREM design incorporates diodes that generate a measurable electric charge when they come into contact with energetic charged particles. Placed behind conical entrances, these diodes are sensitive to the direction as well as the charge and energy of incoming particles.

A batch of ten SREM units was constructed in 2000 by Swiss firm Oerlikon Space (then known as Contraves) working with Switzerland's Paul Scherrer Institute under ESA contract.

The design was developed from an earlier Radiation Environment Monitor (REM) flown on the UK's STRV 1B satellite and the Mir Space Station during the 1990s. The first SREM was flown on the STRV-1c satellite but its operation was cut short by spacecraft failure. With six further units now in space three more SREMs remain available for future flight opportunities.

SREM results to date are feeding back into future spacecraft designs. GIOVE-B's orbit for example takes it through the highly radioactive outer Van Allen Belt, and its findings have helped to assess the shielding required for the operational Galileo satelllites set to follow it.

"The previous models we have been working with were based on old NASA data from the 1960-70s," says Mr Nieminen. "However, with a European instrument we have been able to actually quantify the radiation and we do see some divergence between the old models and what we observed for ourselves."

The latest SREMs will probe radiation conditions prevailing around L2, likely to be valuable data for the many next decade missions headed for this region, including ESA's Gaia and the ESA-NASA James Webb Space Telescope.

Future missions will probably be carrying their own radiation detectors: ESA's Space Environment and Effects section is planning the development of next-generation units will be much more compact than the 2.5 kg SREM while bettering their performance.

The current SREMs have exhibited very high sensitivity indeed, Mr Nieminen recounts: "On 27 December 2004, the unit aboard Integral even managed to detect an X-ray flare from a neutron star at the same time as its host satellite, something it was never designed to do."