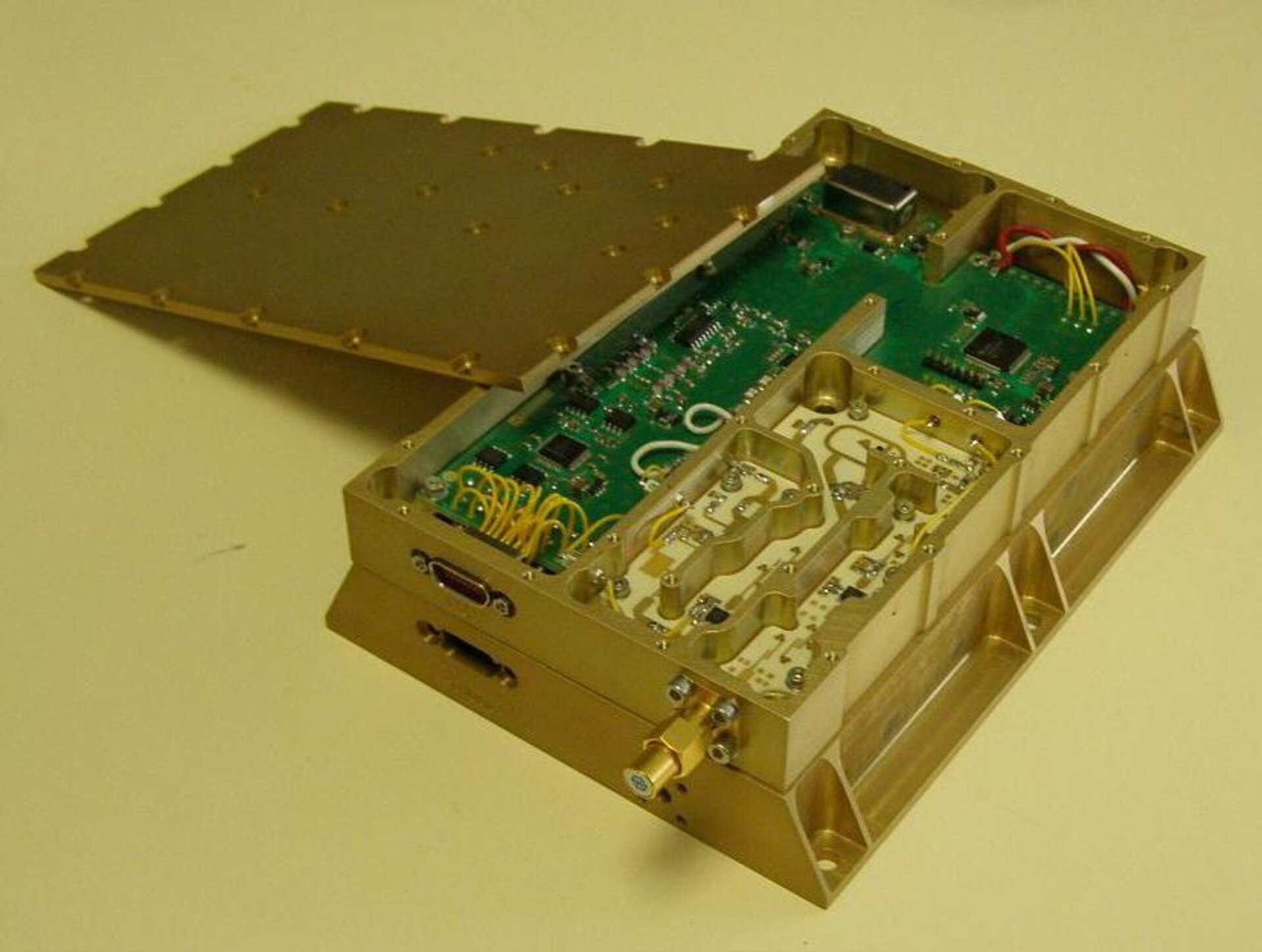 Already in everyday use as light-emitting diodes, gallium nitride (GaN) attracts great interest within the world of integrated circuits. It operates reliably at much higher voltages and temperatures than silicon or the widely-employed gallium arsenide (GaAs).

Applied to space, GaN could mean a communications revolution, offering a five- to ten-fold increase in satellite signal strength.

An enabling technology for space

Because GaN can operate at higher temperatures than silicon or GaAs, it would make designing satellites easier, halving the size of radiating panels required for dumping waste heat. As an added benefit, the semiconductor is inherently radiation-resistant.

“At the same time, Proba-V was offering slots for technology demonstration payloads. We’ve therefore been able to obtain a valuable early opportunity for in-flight testing.”

Tracking daily vegetation growth across all of Earth’s land, Proba-V will deliver three times greater image resolution than previous generations of the Vegetation sensor. This should yield a vast amount of data for such a small satellite – Proba-V will be less than a cubic metre in volume.

Proba-V’s communications antenna and transmitter are strictly limited in size as a consequence, presenting a potential bottleneck in getting imagery down from orbit into the hands of users. The mission will avoid this by using a compact, highly efficient X-band transmitter, along with onboard storage capacity and data compression techniques.

“Proba-V had a couple of ‘guest technology’ slots free, but we decided to do something different,” explained Mr Barnes.

“Among the GREAT2 prototype designs is an X-band integrated circuit design. We proposed that we could, with various refinements, add an extra X-band transmitter incorporating a GaN amplifier sourced from GREAT2 to Proba-V’s initial pair of standard GaAs transmitters.”

A prototype was rapidly put together for initial testing, with a prototype amplifier incorporated into an existing X-band transmitter developed for Proba-V in collaboration with the French space agency, CNES.

Follow-up testing on electrical and qualification models will follow before the transmitter’s flight model is integrated onto the satellite in about a year, for a launch scheduled in 2012.

“As another advantage, this new transmitter has an adjustable power output. This will help optimise power consumption, a very important consideration for a satellite our size.”

The mission’s guest technology slot is being filled by a new space radiation detector, with a remaining slot due to be allocated later in the year. Proba-V itself is fast taking shape: Proba-V’s Structural and Thermal Model underwent testing last month at Intespace in Toulouse.

Gaining early flight experience through in-orbit demonstration on missions such as Proba-V is essential to accelerate the technology readiness level of GaN systems, and open the way toward employing them operationally on future space missions.