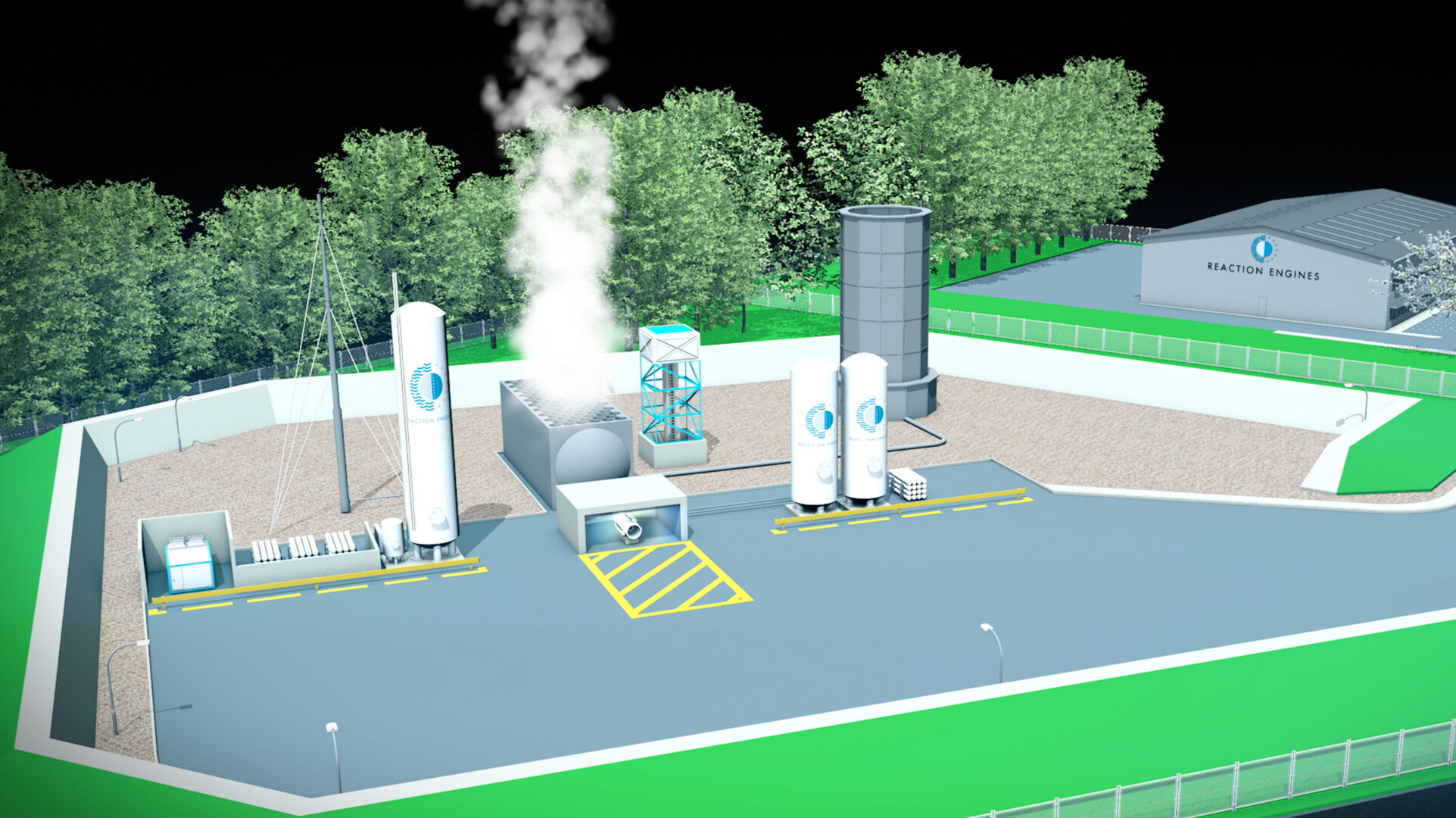 The Synergistic Air-Breathing Rocket Engine is uniquely designed to scoop up atmospheric air during the early part of its flight to orbit. This slashes the need for the vehicle to carry bulky onboard oxygen for this part of the ascent, before switching to rocket mode drawing on internal propellants for its final climb to space.

Such engines have the potential to revolutionise space launches, powering vehicles that can take off and land like aircraft.

Capable of airbreathing flight up to five times the speed of sound, they could also lead to hypersonic air travel.

UK company Reaction Engines Ltd has been working on the engine for many years, with ESA playing an important technical management role since 2008.

Today, ground was broken on the new test facility at Westcott Venture Park in the UK, an historic site for rocket research over the past seven decades. Engines for the Blue Streak and Black Arrow rockets were tested there, for example.

“The opening of this new test facility marks an historic moment for the European aerospace industry and for the UK research and development in rocket propulsion,” remarked Franco Ongaro, ESA Director of Technology, Engineering and Quality.

“This facility enables the ground test of the engine cycle, opening the way to the first test flights, and to a new era.

“ESA is proud of this partnership with industry and the UK Space Agency, to which we bring our technical competence, which has supported the development to this stage, and we are confident, to its future flight success.”

ESA has invested €10 million in SABRE, joining £50 million from the UK Space Agency.

To allow the engine to use the superfast onrushing airstream as oxidiser, the air must be cooled from 1000°C to –150°C within just a hundredth of second, at the same time avoiding the formation of dangerous ice.

In 2012 ESA oversaw testing of the prototype ‘precooler’ required to cool the air, followed by research and development projects covering other elements such as the novel rocket nozzles, air intake design and thrust chamber cooling.