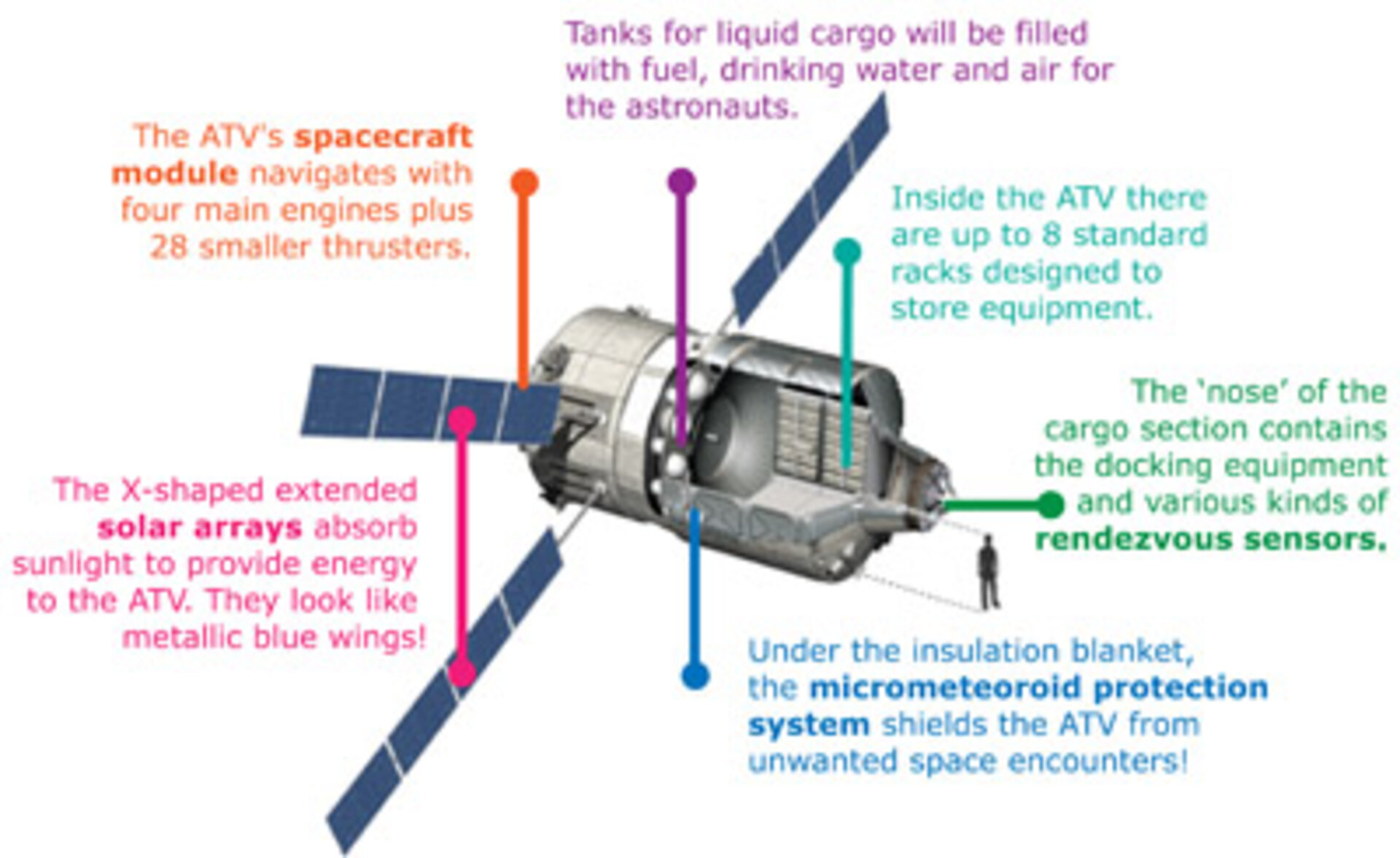 The exterior ATV was a cylinder, 10.3 metres long and up to 4.5 metres in diameter covered in a foil layer and meteorite protection panels.

Characteristic X-shaped solar arrays extended from the spacecraft. Deployed 100 minutes after liftoff, the solar arrays reached a span of 22.3 m. The four arrays were totally independent and could rotate to get the best orientation to the Sun. They were able to produce an average of 4800 watts - providing power to rechargeable batteries which were vital for powering ATV systems when the spacecraft was Earth's shadow.