Ingenious robots created by European students are set to battle each other to win front-row tickets to witness real robotic activities on the Space Station. ESA astronaut Luca Parmitano is about to announce from space which teams have made it to the finals of the Volare Space Robotics competition.

Youngsters will wake up their robots on a mockup of the International Space Station in a race against the clock. Their creations must unload, carry and store cargo from the Automated Transfer Vehicle to Europe’s Columbus laboratory module.

The finals of ESA’s first robotic competition are scheduled for October at the Agency’s technical heart: ESTEC in the Netherlands.

The finalists will have a rare opportunity to speak to Luca live on the Space Station.

Luca confesses to being “Extremely impressed by the dedication and preparation of all the participants.” Do-it-yourself and gaming skills helped the finalists to build the most promising robots. They even had to produce videos to present their projects.

Robot-makers followed ESA procedures similar to those on real space missions. They faced a panel of experts to answer technical questions, demonstrate their vehicles in action and test their presentation skills. 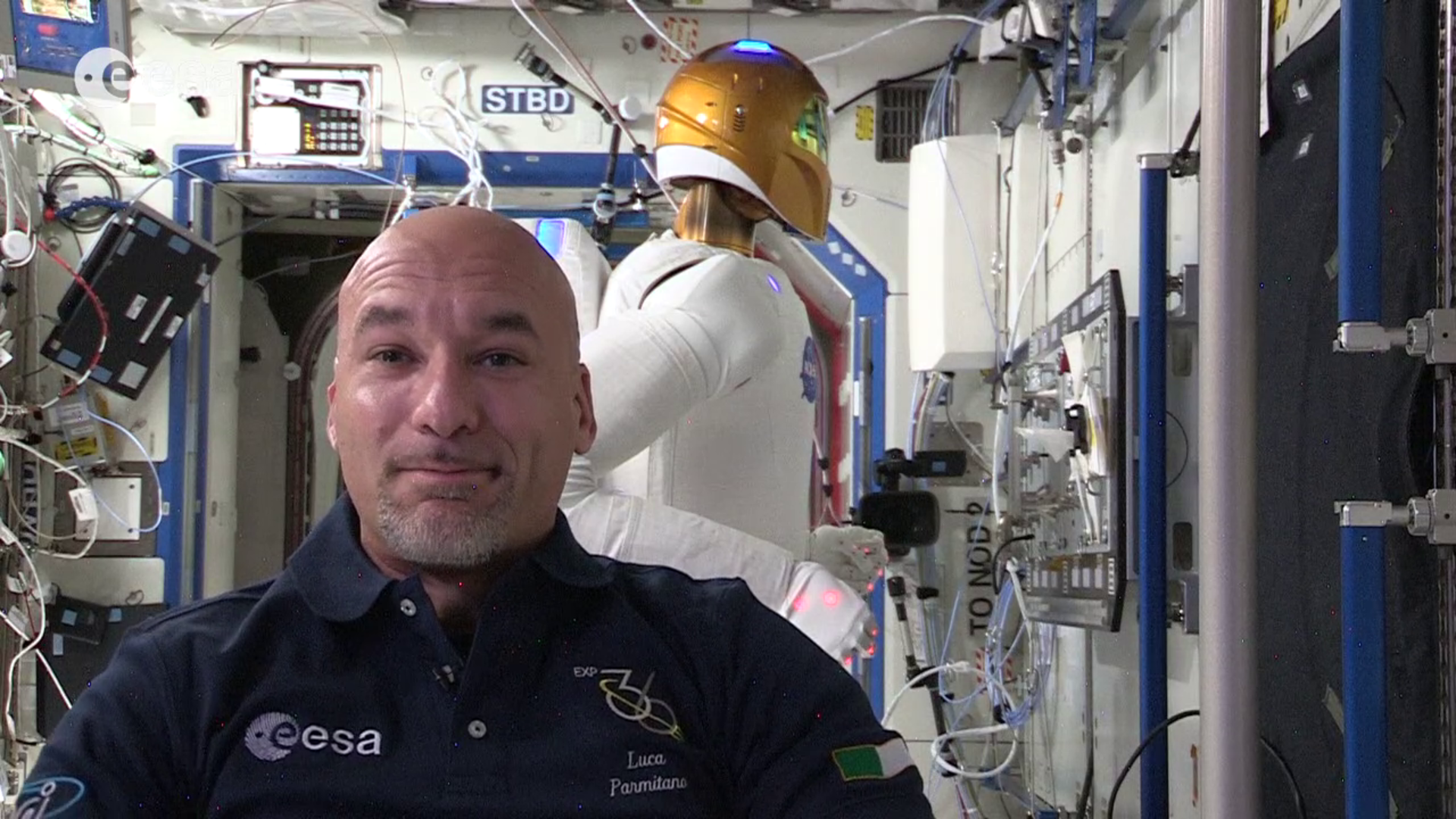