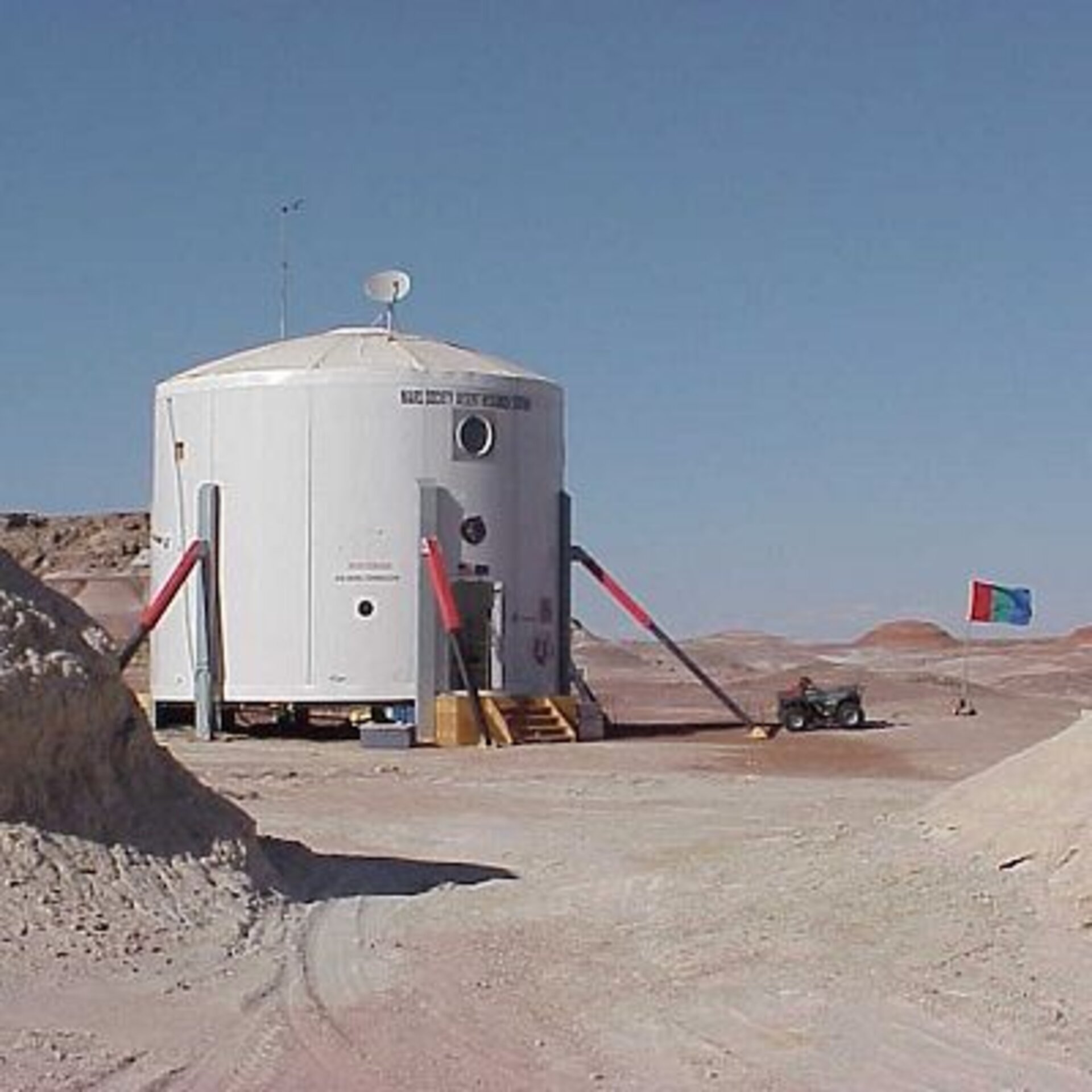 Over the next two weeks, ESA physicist-engineer Vladimir Pletser, who develops ISS payloads and organizes zero-gravity parabolic flights for the Agency, is on his second mission to Mars.

Well, not exactly Mars, but his two weeks in a habitat in the desert of Utah are as close as anyone is going to get for now.

The habitat in Utah is the second of four built by the Mars Society with private international funds. Last summer Vladimir spent 10 days at the first Mars habitat on Devon Island in Canada's Nunavut territory. Over the next couple of years, a further two habitats will be built in Iceland and in the Australian outback.

It is hoped that the Mars habitats will teach us whether a manned mission to the Sun’s fourth planet is feasible, and what it would be like to live there ourselves. During the first simulation some crews found they could get by on less water than the previously estimated 45 litres per day per person. This is a significant finding since the amount of water needed has a huge effect on the mass and cost of the mission.

Six crew members will in turn spend two weeks in the Martian habitat in Utah, conducting field experiments in geology, geophysics and biology during simulated EVAs. Vladimir will be responsible for a simple experiment to assess the psychological aspects of growing food in the habitat and in the base greenhouse.

Over the next couple of weeks Vladimir Pletser will be keeping a diary of his mission. Each day the latest update will be posted on this web site.