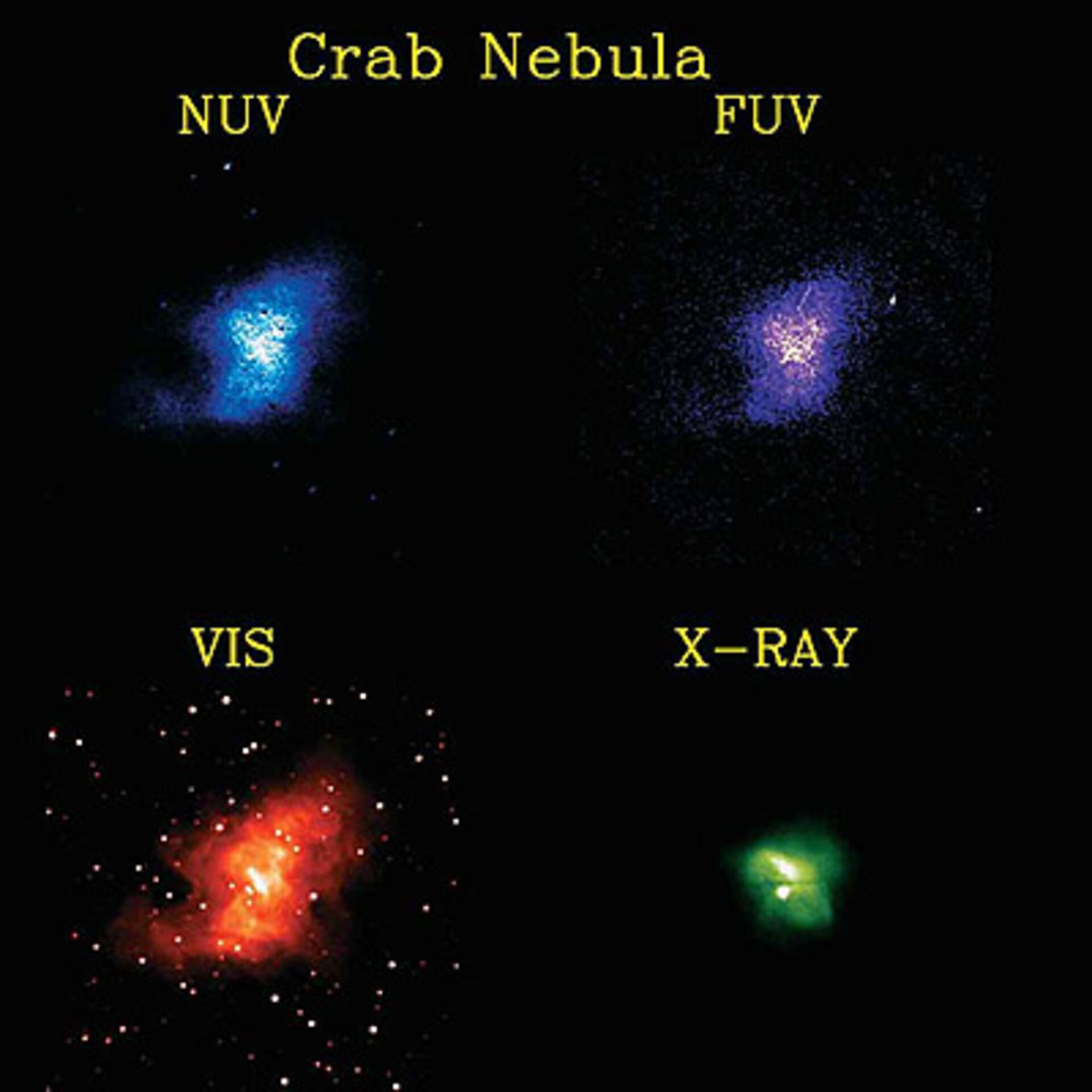 All these different types of wave radiation are related and together are called the 'electromagnetic spectrum’. Humans can only see the tiny part in the middle: visible light, but some animals, such as insects and birds, can see other parts of the spectrum.

Electromagnetic (EM) radiation is characterised by its frequency (number of waves per second). We can also measure the wavelength of a wave (the distance between two peaks).

The frequency, wavelength and speed of a wave (light) are linked by an equation: c=fλ
where c is the speed of light
f is the frequency
λ, sometimes written as l, is the wavelength

If c is in metres per second m s-1, f is in hertz Hz then λ is the wavelength in metres m

The higher the frequency, the shorter the wavelength.

EM radiation travels as little packets (quanta) of energy called ‘photons’. The relationship that links the frequency f associated with a photon and its energy E is described as E = h f; where h is a physical constant called the Planck constant, named after Max Planck, one of the founders of the quantum theory.

Radio waves and the microwave signals from your mobile phone have very low frequencies and so very low energies. Higher frequencies, such as ultraviolet (UV) light, carry much more energy in each photon. The most energetic photons are called gamma rays. One source of these is gamma ray bursts. These are the most energetic flashes of EM radiation from space and the most luminous events known in the universe.

From UV upwards (including X-rays and gamma rays) the photons carry enough energy to knock electrons out of their parent atoms by ionising them and so are called ‘ionising radiation’.

This can damage living cells. Too much UV can cause sunburn and in the long term lead to skin cancer. X-rays and gamma rays can quickly produce cancers or even kill cells outright. As a result they must only be used by trained specialists.