Thomas was the first ESA astronaut to fly on the upgraded Soyuz MS vehicle.

Their Soyuz MS-03 spacecraft shares its name with the Soyuz launcher, which means ‘union’ in Russian. The ‘MS’ denotes the most recent update to the fourth generation of this long-serving spacecraft. It  stands for Modified Systems, with many smaller technological upgrades to make the spacecraft lighter and more modern. For example halogen lights have been replaced with LEDs and newer and larger solar panels to increase power generation.

Using a different numbering system, the flight was also designated as Soyuz 49S – the 49th crewed Soyuz launch to the International Space Station.

Astronauts wear Sokol suits that offer protection in an emergency. They are designed for the Soyuz sitting position, which is why astronauts look so hunched over as they walk to their rocket.

Soyuz carries a module on top of the crew section to serve as living quarters enroute to the Station. Naturally, a toilet is included. 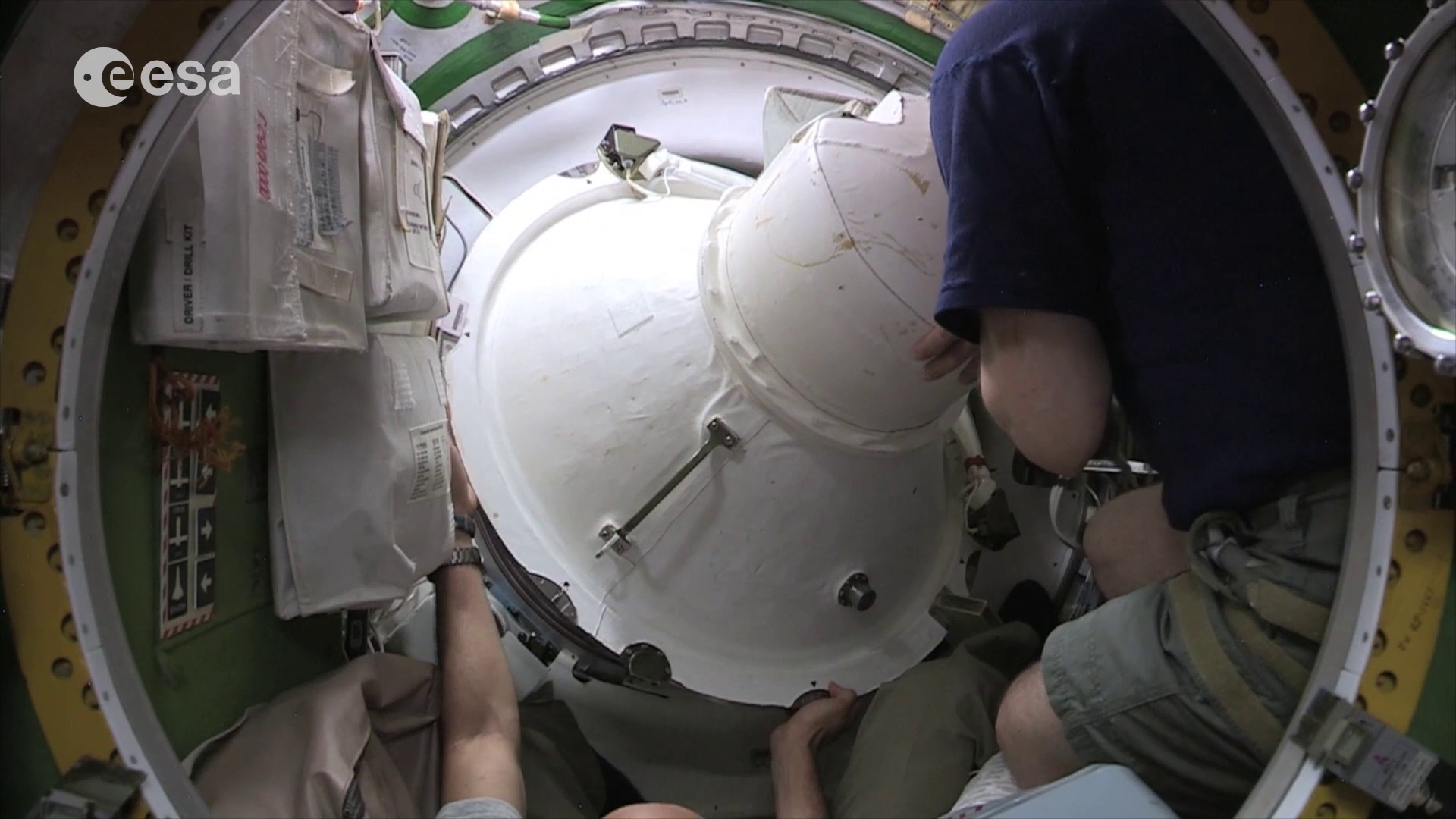