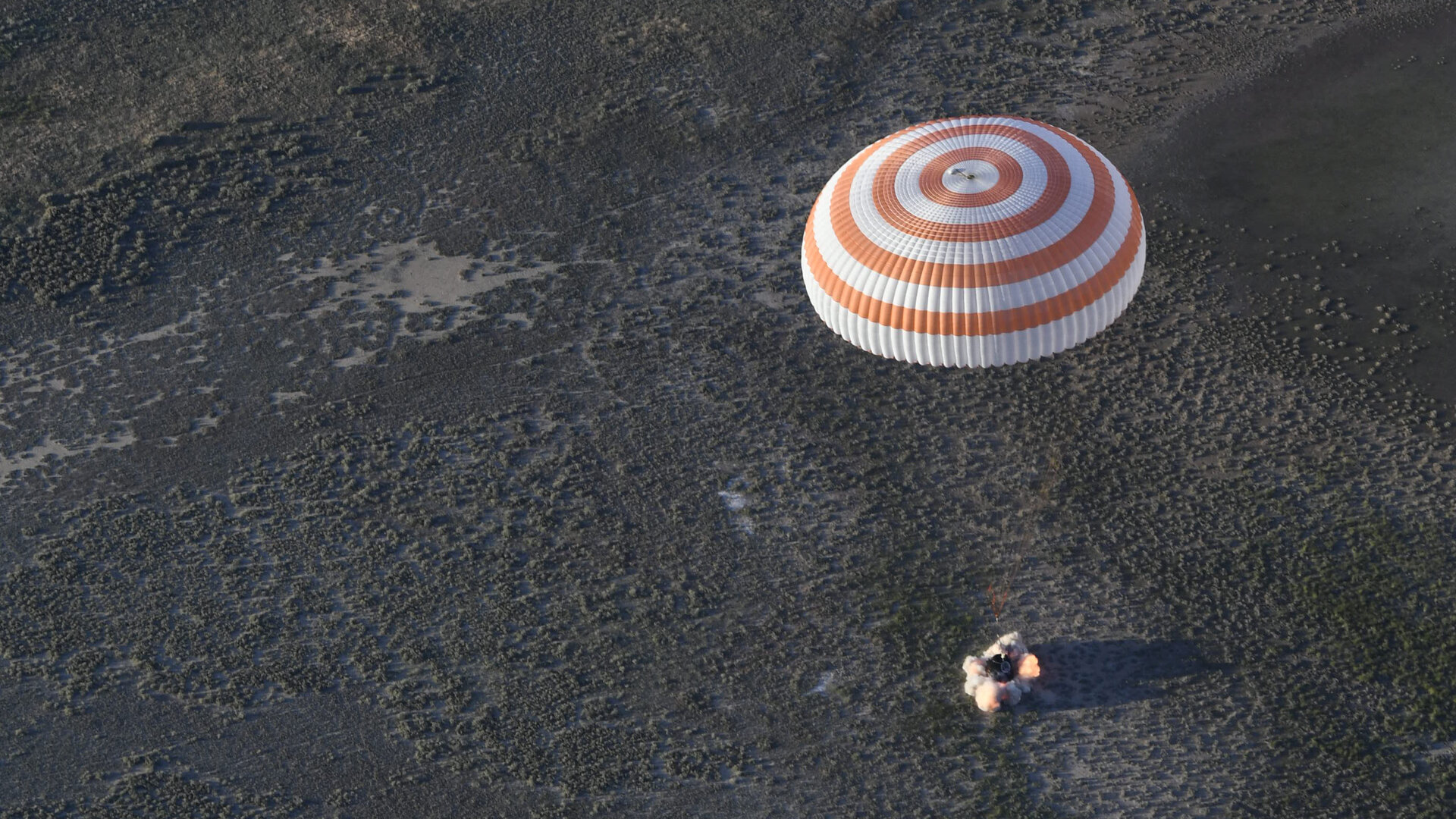 ESA astronaut Thomas Pesquet landed on the steppe of Kazakhstan today with Russian commander Oleg Novitsky in their Soyuz MS-03 spacecraft after six months in space. Touchdown was at 14:10 GMT after a four-hour flight from the International Space Station.

The return was routine – or as routine as you can get for a ride that requires braking from 28 800 km/h to zero. The heatshield copes with the 1600°C as the spacecraft enters the atmosphere, parachutes and retrorockets provide the final braking, and moulded seats cushion the impact – but it is still a wild ride.

The next voyage will be more sedate as Thomas flies directly to ESA’s astronaut centre in Cologne, Germany, for debriefing and tests. Researchers are eager to investigate how his body has adapted to living in weightlessness for six months.

Thomas took part in more than 60 experiments during his Proxima mission and set a new record for the number of hours spent on science in a week as part of an Expedition crew.

His experiments are helping to understand the human brain, ocean currents and radiation in space, how atoms behave and tested new spacecraft materials. Other highlights included his two spacewalks to improve and maintain the Space Station.

“Glad to see Thomas and Oleg back on Earth after another astounding mission,” comments David Parker, ESA’s Director of Human Spaceflight and Robotic Exploration. “The Space Station’s allure for researchers and space agencies is its continuous operation and ground teams around the world keep it running 24/7.

“The next ESA astronaut to be launched will be Paolo Nespoli next month, ensuring science and technology demonstrations in space continue for the benefit of humankind.”

Thomas will give a press conference from the European Astronaut Centre soon; media are invited to join.