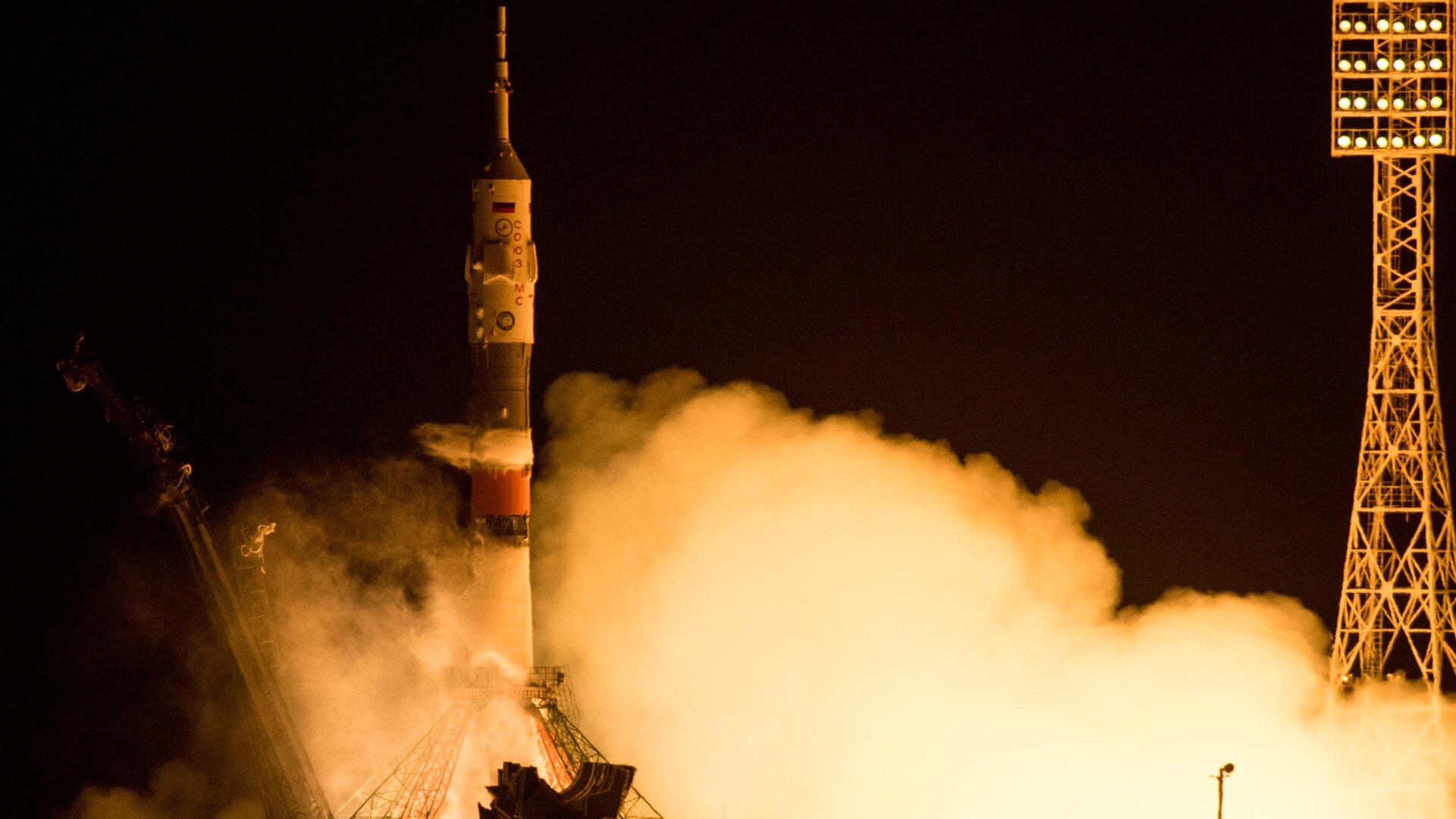 ESA astronaut Thomas Pesquet, NASA astronaut Peggy Whitson and Roscosmos commander Oleg Novitsky blasted into space this evening from the Baikonur cosmodrome in Kazakhstan at 20:20 GMT. Their Soyuz MS-03 spacecraft is now safely heading towards the International Space Station for docking on Saturday.

After the spectacular launch that propelled the astronauts 1640 km in less than 10 minutes, the trio will now spend two days catching up with the International Space Station that orbits Earth at 28 800 km/h.

The Soyuz spacecraft is a car-sized vehicle that has been ferrying people to space for almost 50 years. Thomas, Peggy and Oleg will circle Earth 34 times before arriving at the Space Station at 22:00 GMT on Saturday.

The journey is relatively smooth and quiet after the rigours of launch. With no Internet or satellite phones, the crew relies on radio to communicate at set intervals with ground control.

Thomas is the first French astronaut to visit the Space Station since ESA astronaut Léopold Eyrharts helped to install Europe’s Columbus module in 2008. Peggy and Oleg have both flown before on a Soyuz – this is Peggy’s third expedition on the Station and her second time in command.

Once Thomas enters the orbital complex, his Proxima mission begins with a short link-up with friends and family.

Nothing can prepare astronauts fully for weightlessness, but trainers on Earth do their best with underwater sessions, 20 second zero-g sessions on aircraft flights and virtual-reality sessions.

The first two weeks for Thomas will be spent getting used to living and working in microgravity. During this time, his body will adapt to living without the effects of gravity. His spine will grow longer, fluids in his body will shift towards his head and his bones will weaken.

In addition, Thomas needs to readjust his concept of space. Without weight, there is no traditional sense of up or down, left or right – it all depends on how you float. To make matters worse, any equipment, tools or food that is not fixed will float away.

Thomas has a full schedule of science and experiments planned for his six-month mission. In his first week on the Station he will start work on the Aquamembrane experiment that promises to simplify testing for water contamination, on Earth and in space.

He will also place samples around the Columbus laboratory for the Matiss experiment that is investigating antibacterial properties of materials in space to see if future spacecraft could be made easier to clean.

Also during his first week in space, Thomas will place monitors to chart what space radiation reaches the International Space Station and his body.

Read more about the 50 European experiments that Thomas will run through the links to the left and watch the docking and hatch opening live.