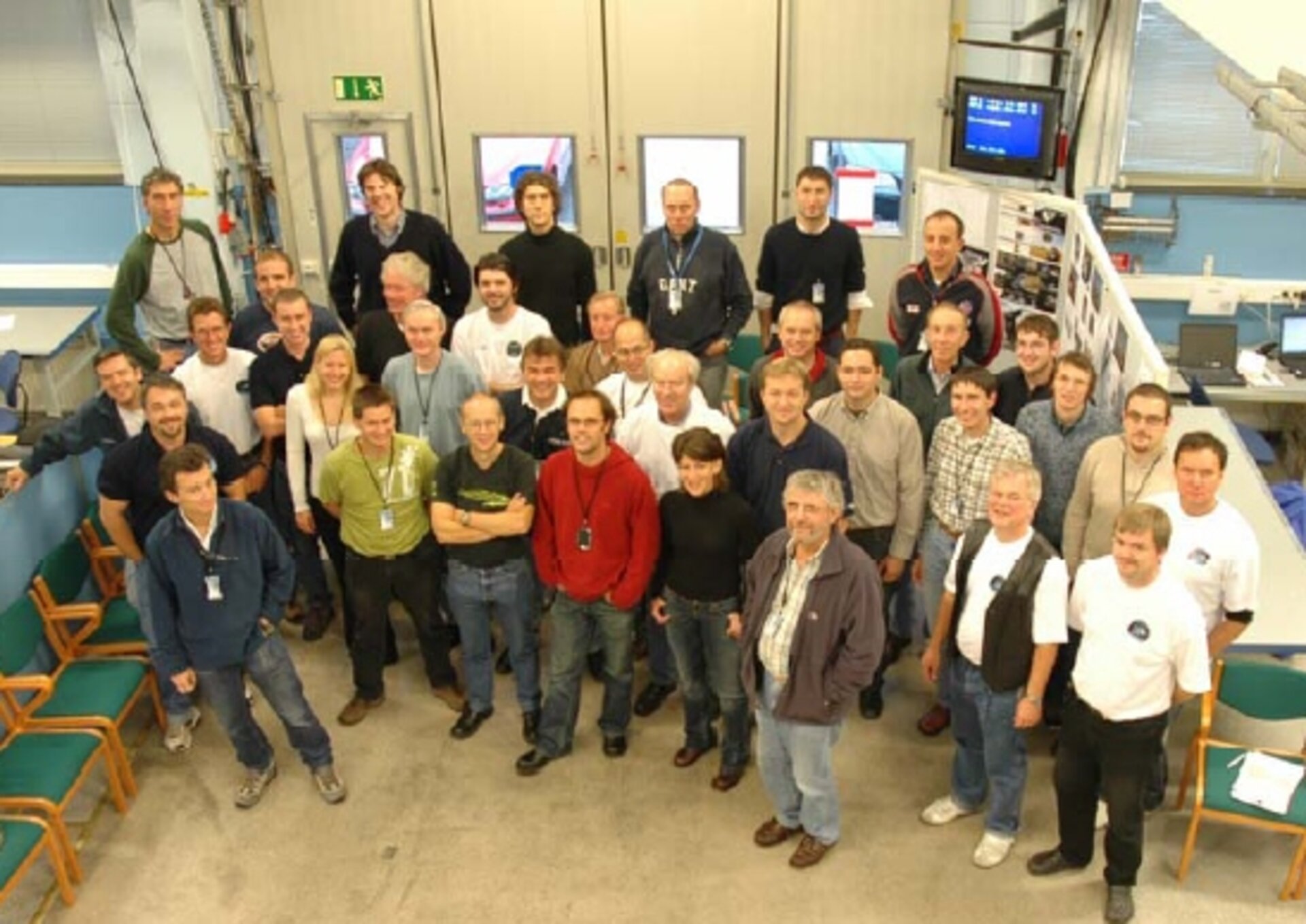 Ever since the launch of Foton-M3 on 14 September, a team of 65 engineers and scientists have been intensively monitoring the 45 experiments on board the unmanned spacecraft from ground stations in Sweden and Moscow, sending up commands to make adjustments when necessary.

Orbiting the Earth once every 90 minutes, the Foton capsule typically passes within range of the ground stations four or five times each day. During each of these so-called 'visibility windows', which last just 4 to 6 minutes, a stream of data is downloaded from the spacecraft to the ground station.

Each data download triggers a buzz of activity on the ground as the 40-strong team stationed at the Esrange ground station in Kiruna, Sweden, and a further 25 people based at the Russian flight control centre, TsUP, in Moscow, immediately start to analyse the data.

"If any parameters need adjusting – for technical reasons, or for corrections of the timeline – during the next visibility window we upload the commands from Kiruna or Moscow to redirect the experiment," explains Antonio Verga, ESA's Project Manager for the Foton missions.

Visible passes generally occur on successive orbits, leaving a limited amount of time to analyse the data received and take any decisions. "Once we start brainstorming around an anomaly, or a need to adjust an experiment, the time passes ten times faster!" says Verga. "As soon as you start reasoning it is already time to upload the telecommand. You can't simply wait another orbit – you have to act quickly."

Thanks to a close cooperation with the Canadian Space Agency, ground stations in St. Hubert and Saskatoon are also used to receive data from the spacecraft. "We have more experiments on board the Foton than ever before, as well as two experiments which generate very demanding video data streams. Adding the Canadian ground stations considerably increases the amount of data we are able to download," explains Verga.

With just one day left before the Foton-M3 capsule returns to Earth, there have been no major problems with the payloads on board. "Just a couple of anomalies have been detected – in some cases we have taken corrective action, whilst in others cases when there was no impact on the scientific return of the mission no action was taken."

For now though, the intensive cycle of data download and analysis relentlessly continues. "All of our preparations and rehearsals have paid off," explains Verga. "Especially because we have enthusiastic reactions from the scientists – this is really what we are looking for."