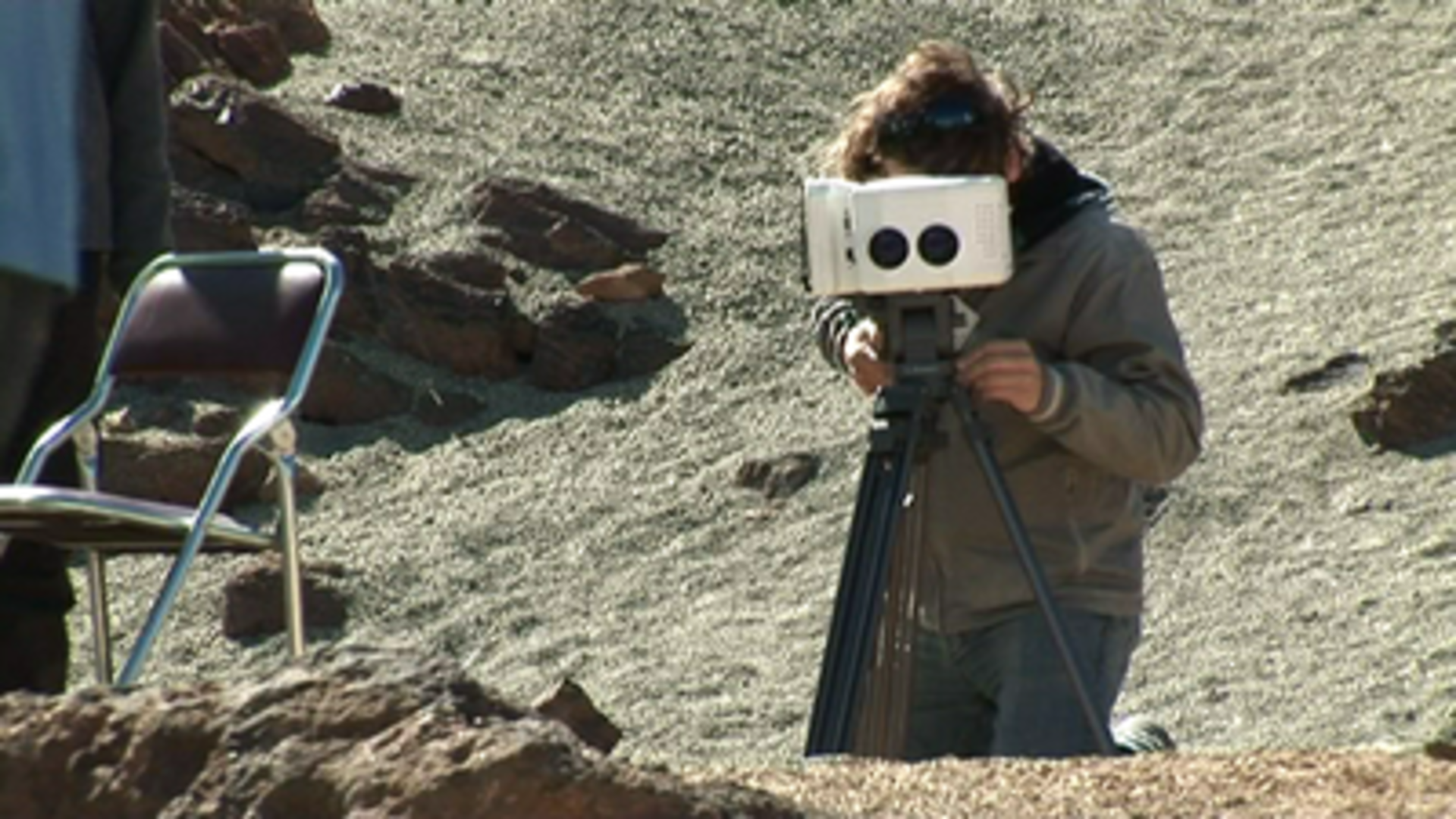 ESA's Lunar Robotics Challenge for university students was held at the Minas de San José in the National Park of Teide on the island of Tenerife. The location was chosen early in 2008 by a joint team of ESA experts.

The Directorate of Human Spaceflight is responsible for human exploration and is currently preparing a proposal for human exploration of the Moon to be presented at the next ESA Council at ministerial level in November this year. The Lunar Robotics Challenge presented an excellent opportunity to gain a valuable insight into the challenges astronauts will face when operating robots on the lunar surface. Additionally, it also helped to fine-tune the operation of the Erasmus Recording Binocular (ERB), which is planned for launch to the International Space Station in 2009.

The Directorate of Human Spaceflight was therefore present in Tenerife with one of its experts, Richard Fisackerly, who is currently involved in studies that focus on the MoonNext and MarsNext missions. Rovers play an essential role not only for many future robotic exploration missions, but also as assistants to astronauts in planetary missions. Actually seeing the challenges faced by those operating the rovers in the field was of major interest to Fisackerly.

The control stations that allowed the interaction of the student teams with their rovers are similar to the terminals that will allow astronauts to interact with their robot assistants. While ESA has already prototyped a number of these stations, the experience with the Lunar Robotics Challenge stations will make it easier to evaluate some of the imaginative solutions implemented by the students for possible use.

The location was particularly attractive for its crater-like depressions covered with an unusual soil (pumice pebbles and dust), which makes locomotion for a rover as difficult as it is expected to be in a real lunar crater. The location's resemblance to a lunar landscape was also a driving factor in its selection.

Massimo Sabbatini, from the Erasmus Centre within the Directorate of Human Spaceflight, found the location an excellent place to exercise the capabilities of the Erasmus Recording Binocular, or ERB, an innovative high-resolution stereo-video recorder which one day may become part of the standard toolset of astronauts when surveying remote areas. The ERB is a device that not only produces high-definition stereo-video clips, but also makes it possible to reconstruct the geometry of the captured scene.

During last week’s challenge the ERB was used to film the location and the rovers roaming around. This video material constitutes the best way to appreciate the operation of rovers, without being present at the Minas the San José. These videos allow precise analysis of the trajectory and dynamic behaviour of the rovers, thanks to their stereo-vision nature.

Stereo vision is one of the main common denominators between the work of the team from ESA's Directorate of Human Spaceflight and the Robotics group. The Erasmus Centre team looks for means to provide large audiences with the experience of remote places like the International Space Station or, in the future, a remote planet, whilst the Robotics group has a need for stereo vision on-board the robot to actually navigate on unknown terrain.