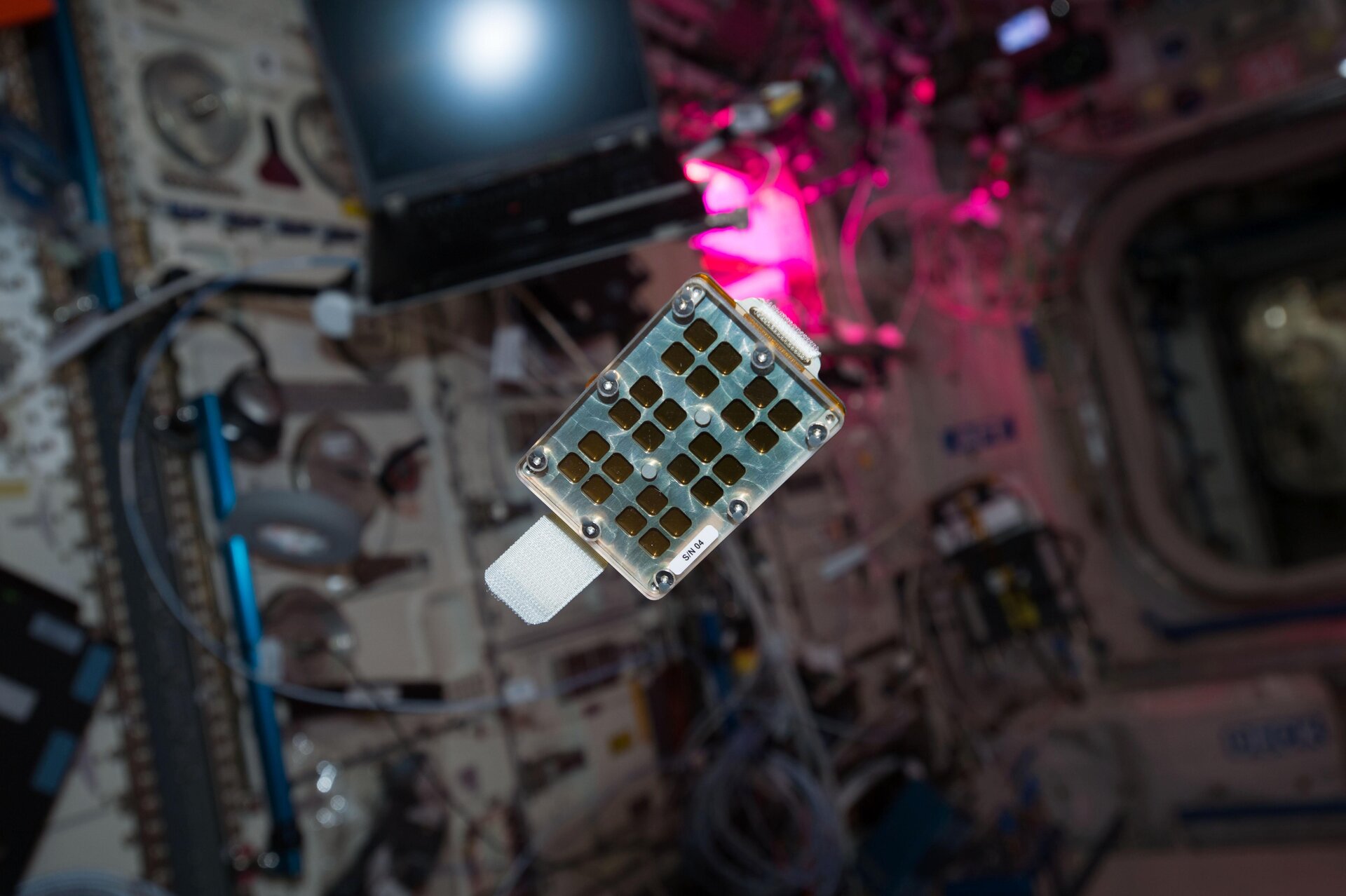 While efforts continue to contain the spread of the novel coronavirus on Earth, a space-based experiment called Matiss has been investigating how ‘smart surfaces’ on the International Space Station could stop pathogens in their tracks.

The experiment examines the performance of five advanced materials in preventing illness-causing microorganisms from settling and growing in microgravity. Matiss (Microbial Aerosol Tethering on Innovative Surfaces in the international Space Station) is driven by the French space agency (CNES) and was commissioned in 2016 during ESA astronaut Thomas Pesquet’s Proxima mission.

Materials sent to the Space Station were selected for their ability to respond to a given stimulus by repelling microorganisms, preventing their growth, or creating their own biofilms to provide a protective shield. They included a mix of advanced technology, from self-assembly monolayers and green polymers, to ceramic polymers and water-repellent hybrid silica.

Understanding the effectiveness and potential use of these materials will be essential to the design of future spacecraft, but could also lead to development and greater use of antimicrobial surfaces on elevator buttons and door handles, in bars, on public transport and in other high-traffic areas.

The confined environment of the International Space Station, where air and water are constantly recycled and waste is stored onboard, is the ideal environment for testing such surfaces. 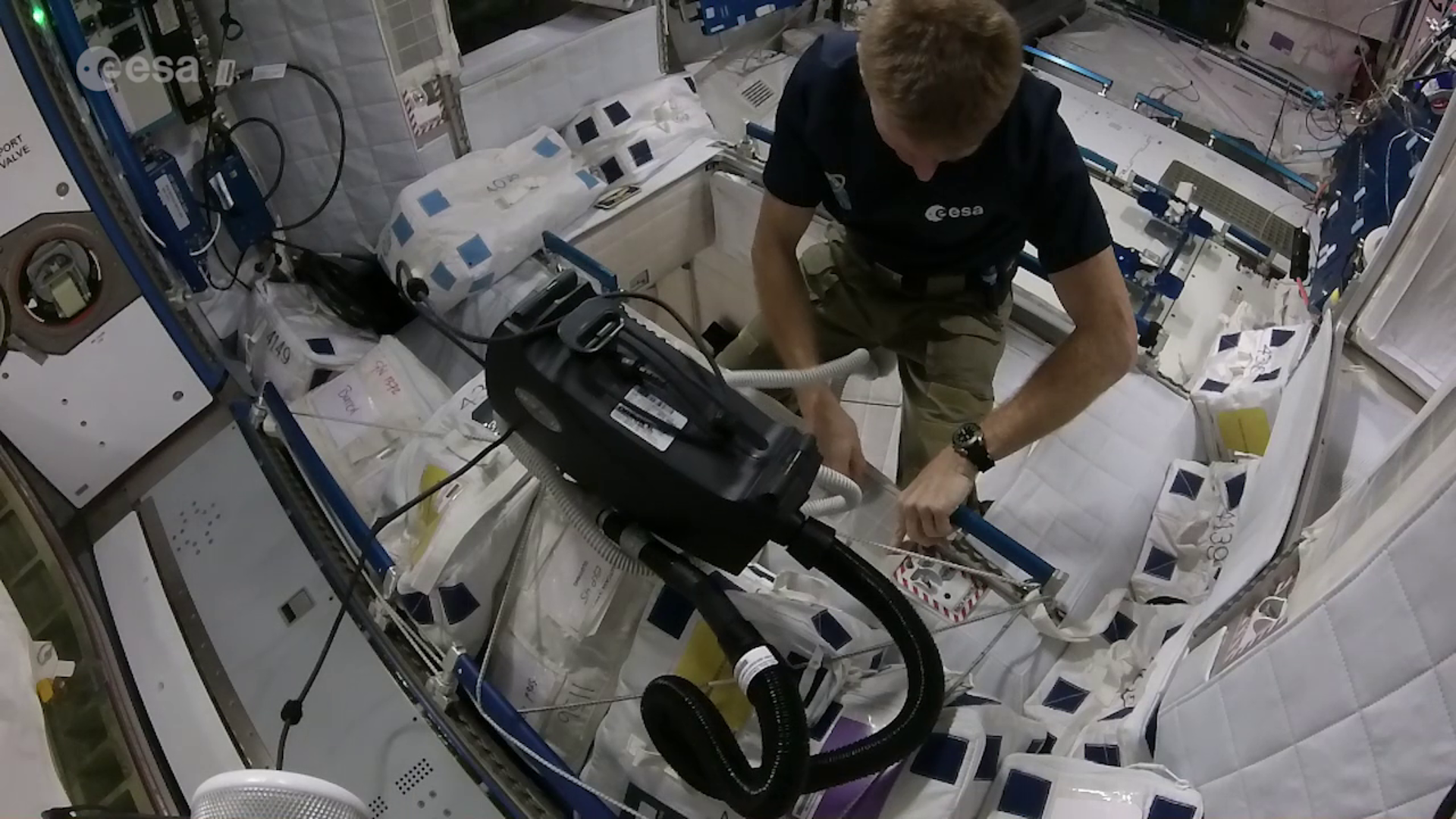 Astronauts already undertake a strict period of quarantine prior to launch and carry out regular, thorough cleaning once on Station to reduce the risk of illness and infection. However, surfaces that respond protectively to airborne bacteria would be easier to clean and more hygienic.

Evolution of an experiment

The first set of the Matiss experiment, known as Matiss-1, provided some baseline data points for researchers. Four sample holders – each containing the five materials to be tested plus a glass control surface – were set up in three different locations within the European Columbus laboratory, where they remained for six months.

Once these samples were returned to Earth, researchers characterised the deposits formed on each surface and used the control material to establish a reference for the level and type of contamination expected over half a year.

A continuation of the experiment, known as Matiss-2, saw four identical sample holders containing three different types of material installed in a single location in Columbus. This study aimed to better understand how contamination spreads across the hydrophobic and control surfaces.

Sample holders from Matiss-2 were returned to Earth on a SpaceX Dragon spacecraft in August 2019. At that time, NASA astronaut Andrew Morgan also installed a further set of two sample holders in Columbus, which aim to test new patterned hydrophobic (liquid-repelling) surfaces.