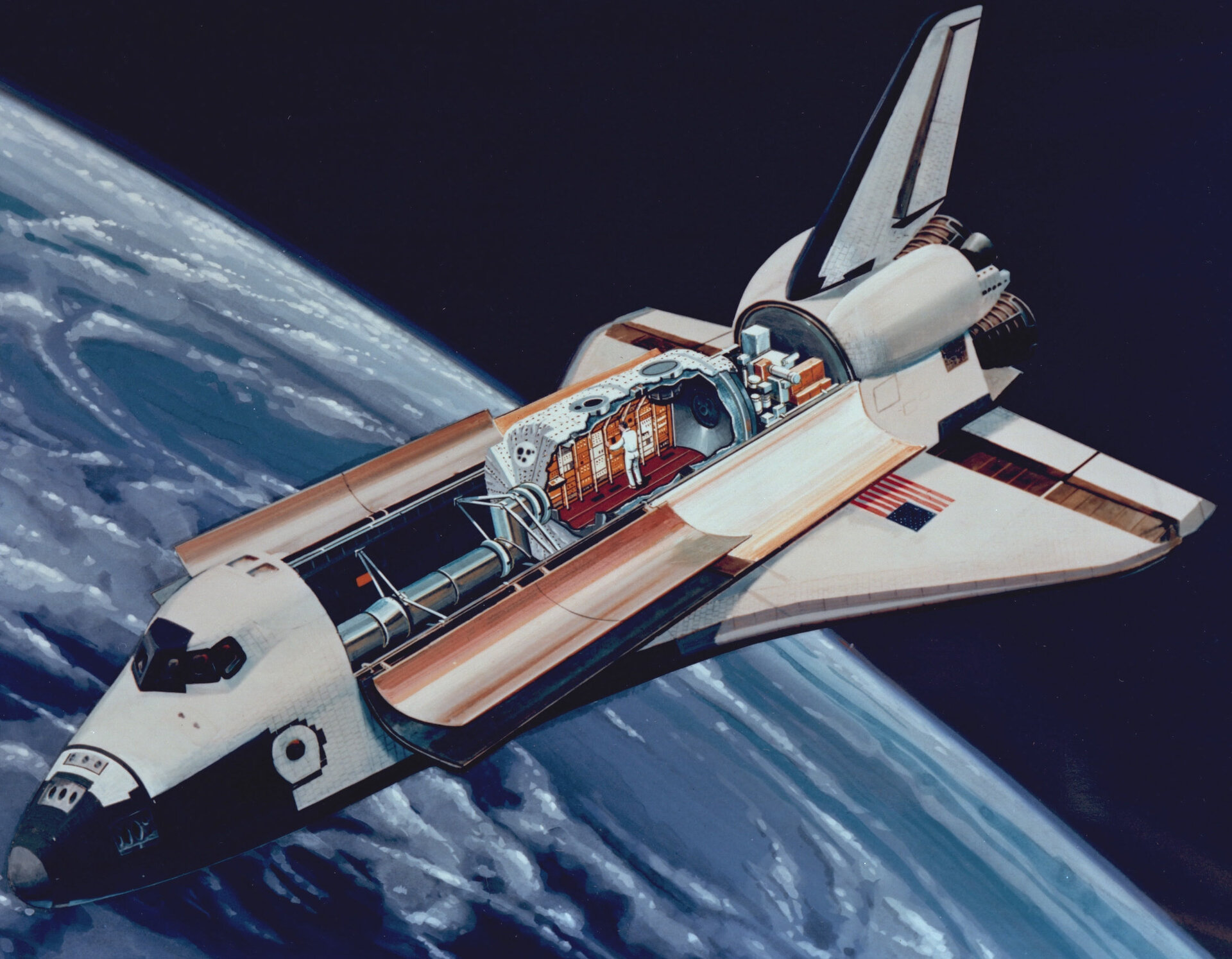 Europe’s involvement in Space Shuttle activities dates back to 1969, when NASA invited ESRO, ESA’s predecessor organisation, to participate in its Post-Apollo Programme.

NASA had reached the Moon, with Apollo proving that the boldest goals could be achieved. However, to conduct post-Apollo programmes within reasonable budget limits, a new vehicle was needed to carry astronauts and cargo into space, without throwing away hundreds of million dollars per flight. This was the rationale to develop the first reusable launch system in 1972: the Space Transportation System (STS) – otherwise known as the ‘Space Shuttle’.

Europe, then represented by ELDO (European Launcher Development Organisation) and ESRO (European Space Research Organisation), the precursors of today’s ESA, was invited to take part in early studies in 1969. ELDO developed a concept for a reusable space tug to ferry cargo from low to geostationary orbits and beyond, but NASA eventually turned to US expendable ‘kick stages’ for this role.

ESRO focused its efforts on a ‘Sortie Module’ to be flown in the Shuttle’s cargo bay. The laboratory’s original ‘freeflying’ mode was later abandoned, and so it became ‘Spacelab’. In December 1972, Europe opted to develop 'Spacelab' as an integral element of the US Space Transportation System in which scientific missions of up to nine days could be conducted. The Spacelab programme was approved in July 1973, during the European Space Conference in Brussels.

At this important meeting, European ministers agreed on the Ariane programme and the inception of the European Space Agency (ESA). The signing of the Memorandum of Understanding between Europe and NASA for the implementation of Spacelab took place on 24 September 1973. Europe was heading towards human spaceflight.

Unlike Skylab, the first US space station, which had been built mostly from existing Apollo hardware, Spacelab was a new construction offering a much wider range of applications.

At that time, the Shuttle was planned to fly up to once a week and about a hundred Spacelab missions were anticipated through the 1990s. This number significantly decreased as the Shuttle began flying. Spacelab pallets were flown as early as the second Shuttle mission, in November 1981. The first ESA-sponsored mission, Spacelab-1, followed two years later.

Under a barter agreement, a first set of Spacelab modules was handed over to NASA, which also bought a second set later. In total, 22 Spacelab missions were flown by the time the programme ended in 1998, representing some 244 days on orbit. Most included a significant ESA science/payload contribution and two dedicated missions were sponsored by the German Aerospace Center, DLR.

The Spacelab laboratory module was even flown in 1995 on a milestone international mission: the first Shuttle docking with Russia’s Mir space station.