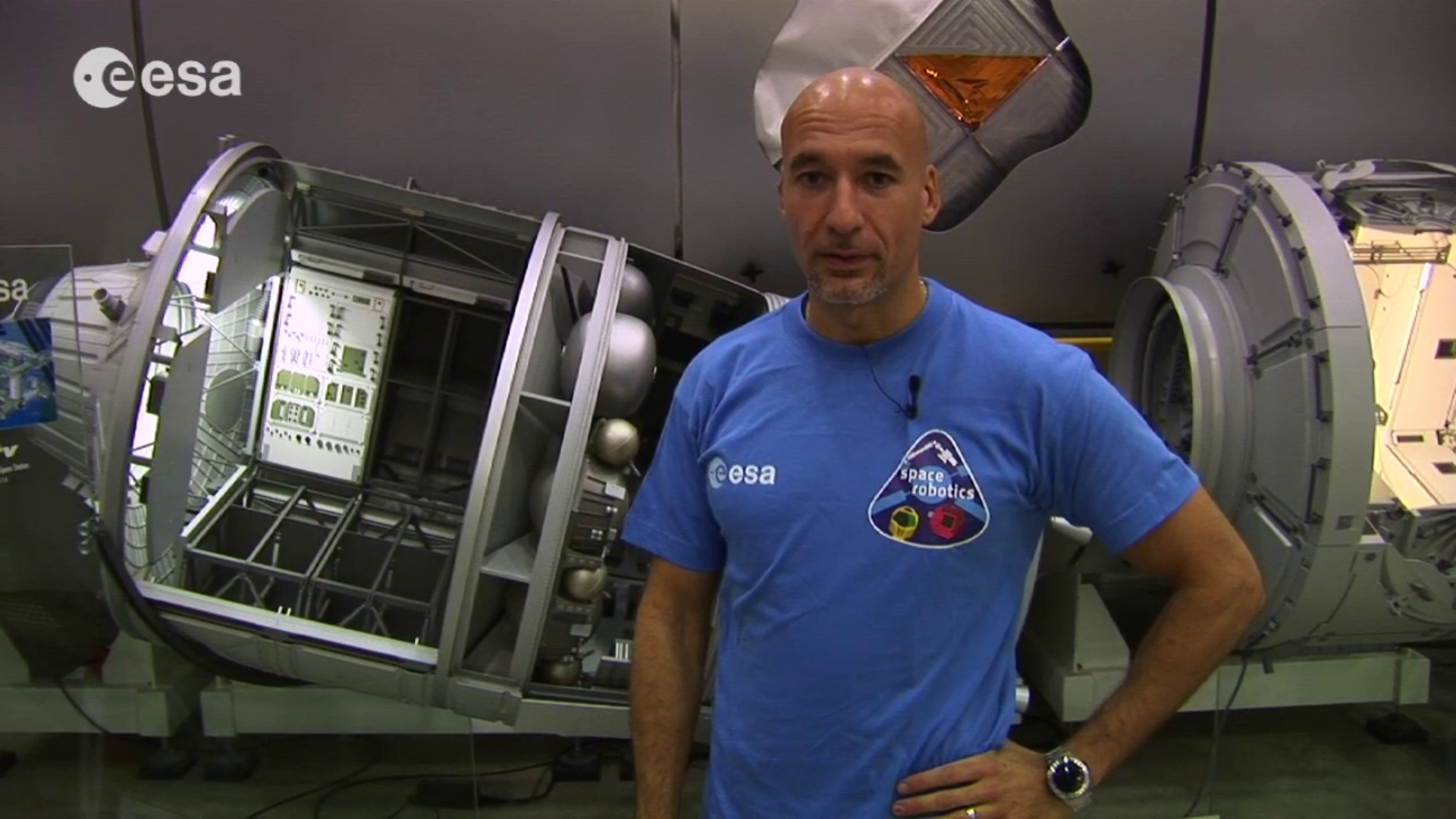 Can students build a robot capable of assisting Luca in the International Space Station? The Space Robotics competition combined do-it-yourself and gaming skills in a robotic race to unload, carry and store cargo.

Students were challenged to build a robot that collects items from one module and takes them to another module in a Station mockup. The competition required schools and pupils to contact ESA experts to develop their projects and to demonstrate their robots in action.

Youngsters from ESA Member States, competing in three age groups between 11 and 19 years-old, had a wide degree of freedom to make their robots. There were no restrictions and no recommendations – teams could build them from kits available in shops or recycle old parts to make better models.

The playground was a scaled-down model of the International Space Station, starting at ESA’s Automated Transfer Vehicle and finishing at the European laboratory, Columbus.

The route to Columbus included scaling a ramp and all robots had to end the game in one piece to qualify. ‘Astronauts’ floating around the game area had to be avoided and teams had to cope with losing video signal for up to 15 seconds. Like in any game, there were bonus points and penalties.

Pupils learnt problem-solving techniques and how to work as a team while increasing their curiosity and imagination. The competition was designed to test and practise skills from entrepreneurship to software design, management to artistic design, engineering to writing as well as marketing and invention.

The road to the finals involved registration and design and flight acceptance reviews, similar to actual ESA mission procedures.