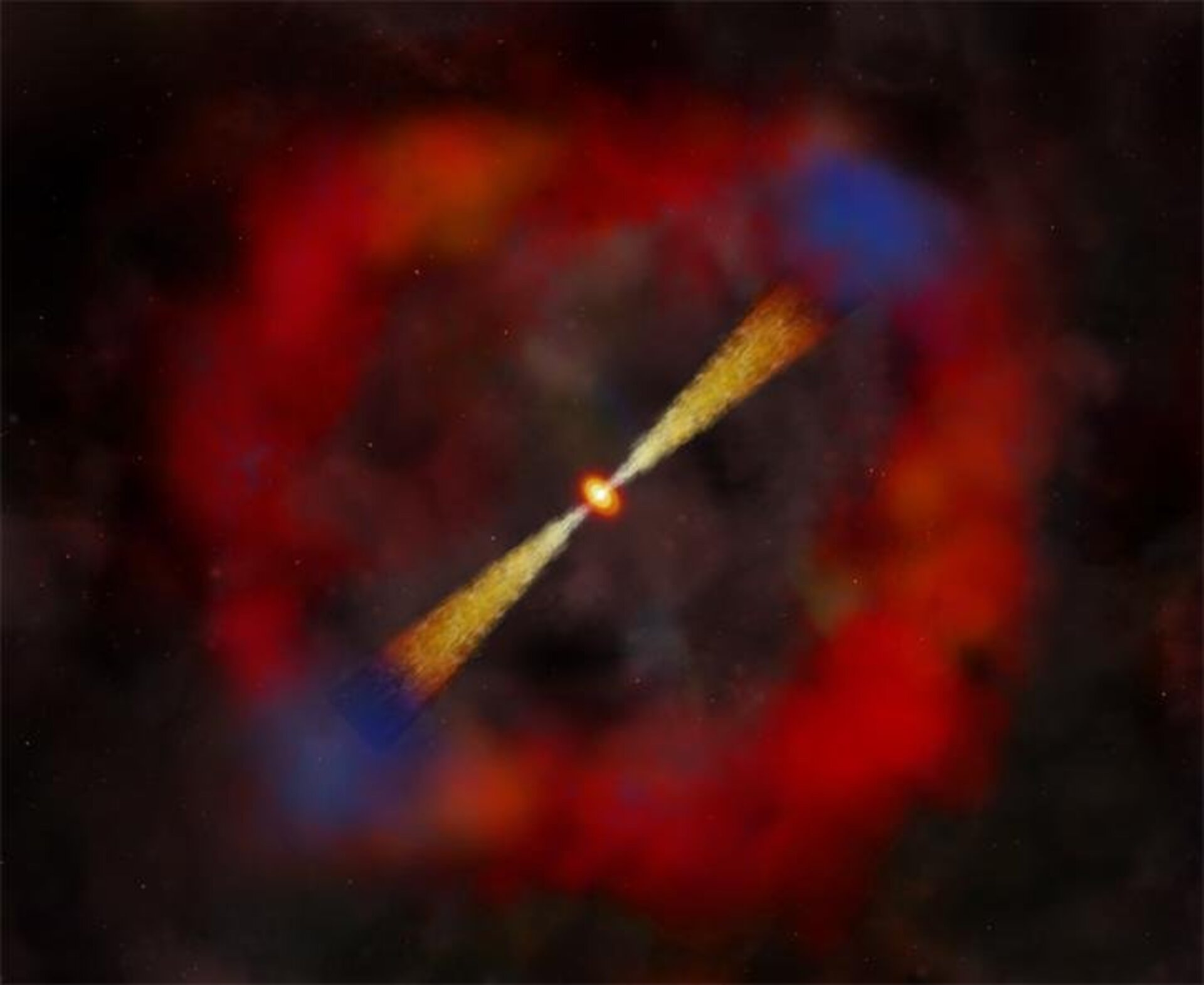 2003: On 24 March 2003, scientists working on ESA's Integral mission discussed their gamma-ray burst findings so far in a press conference at the American Astronomical Society at Mount Tremblant, Quebec, Canada.

They announced that ESA's Integral satellite was detecting gamma-ray bursts at a rate of nearly one per day, establishing itself as a key player in the hunt for these enigmatic explosions.

Launched in October 2002, Integral had just captured four bursts in the previous four months, right in the middle of its field of view. Such precision observations are providing scientists with a remarkable view of gamma-ray bursts, which occur randomly, fade within seconds, and yet shine with the intensity of millions upon millions of Suns.