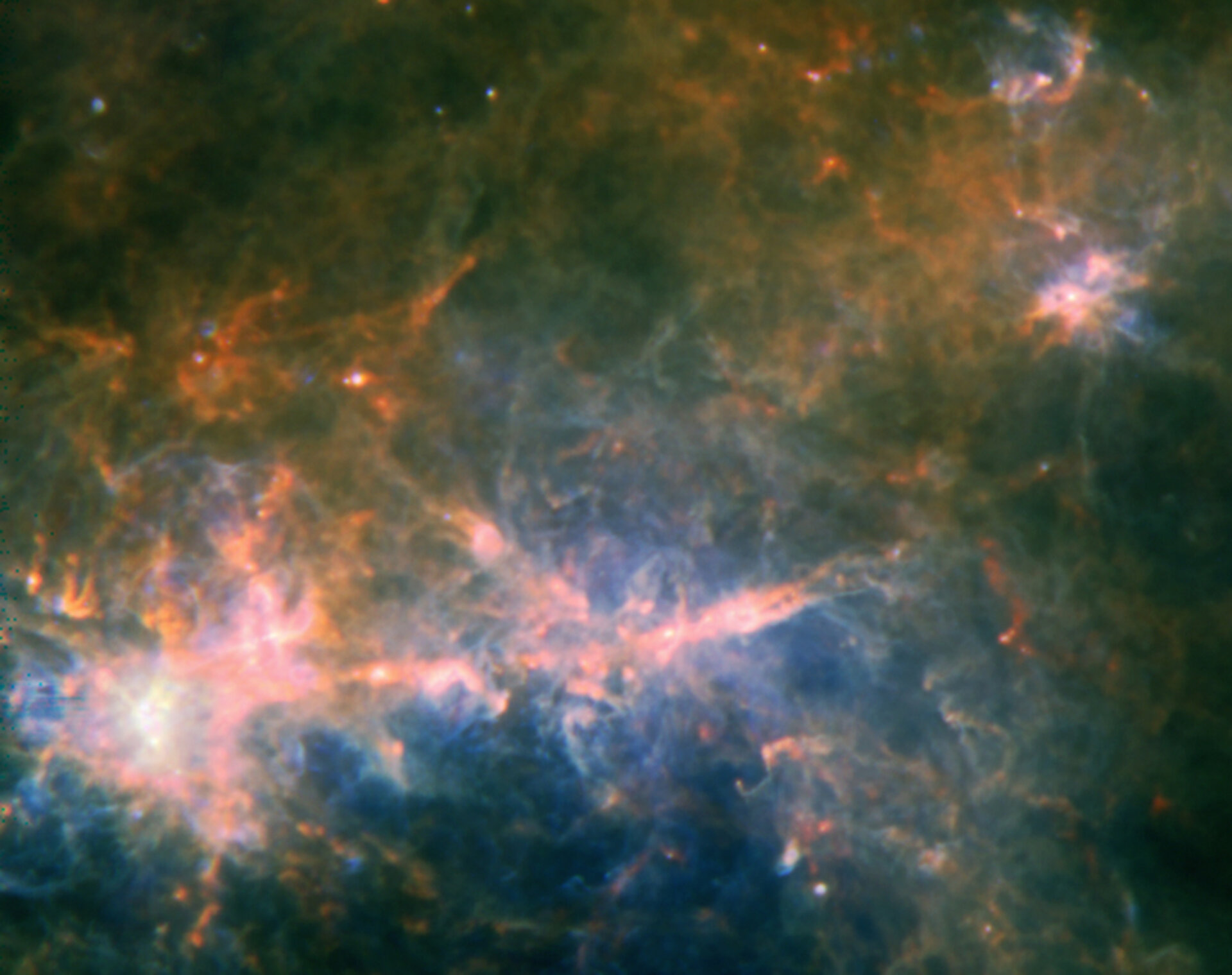 These three new images of huge filamentary structures of gas and dust from ESA’s Herschel space observatory reveal how matter is distributed across our Galaxy, the Milky Way.

Long and flimsy threads emerge from a twisted mix of material, taking on complex shapes as the gas and dust in them become denser and cooler. Two of them even exhibit a ‘head’ – a brighter clump of matter at the tip of the wispy thread.

With masses of thousands to several tens of thousands times that of our Sun, these are among the most prominent filaments ever observed in the Galaxy. Longer than 100 light-years, they are at most 10 light-years wide, reproducing even at these very large scales the filamentary distribution of matter that Herschel has observed in detail in nearby star-forming regions in the Milky Way.

While dust is only a minor ingredient in this cosmic blend, it shines brightly at the far-infrared and submillimetre wavelengths probed by Herschel. This allowed astronomers to reveal for the first time the coolest and densest portions in this tangle, visible in red and yellow in these false-colour images.

The filaments are dotted with brighter clumps: these are cosmic incubators, where the seeds of new generations of stars are taking shape. The blue and violet glow of the fuzzy splotches that embellish the filaments reveals pockets of warmer material, set ablaze by the fierce radiation released by newborn stars still embedded within them.

Before Herschel, only two gigantic filaments like these were known, but astronomers have now used data from the observatory to uncover several new ones weaving their way through the spiral arms of the Milky Way. They believe that these are the first structures to form as interstellar matter starts coming together, eventually leading to the formation of stars.