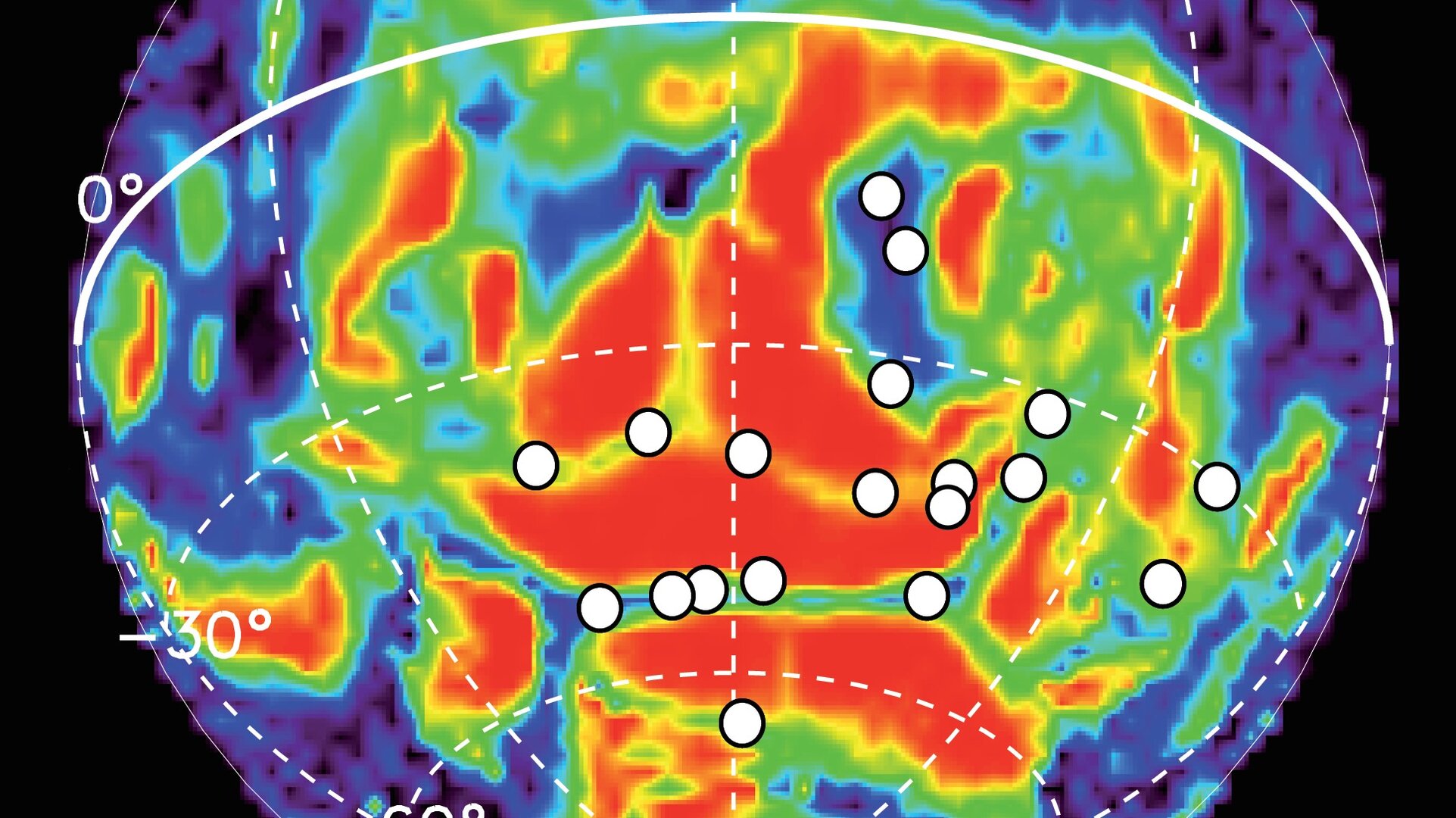 ESA’s Mars Express has shed new light on the Red Planet’s rare ultraviolet aurora by combining for the first time remote observations with in situ measurements of electrons hitting the atmosphere.

On Earth, auroras are often-spectacular light shows at high northern and southern polar latitudes as the solar wind interacts with Earth’s magnetic field.

As charged atomic particles from the Sun are drawn along Earth’s magnetic field, they collide with different molecules and atoms in the atmosphere to create dynamic, colourful curtains and rays in the sky, typically green and red, but sometimes including blues and violets.

These light displays are also found on other planets, including those with powerful magnetic fields such as Jupiter and Saturn. But they can even occur on planets with no magnetic field, such as Venus and Mars.

In the absence of a global magnetic field, solar particles can directly strike the planet’s atmosphere to generate an aurora.

While Mars no longer has a global magnetic field, residual magnetism in the crust is known in the highlands of the southern hemisphere from measurements made by NASA’s Mars Global Surveyor.

Even these weak fields can increase the chances of an aurora. Soon after it arrived in 2003, Mars Express became the first satellite to observe ultraviolet light over these regions during local night.

Now armed with 10 years of observations, scientists have detected ultraviolet auroras on many occasions, and have analysed in detail how and where they are produced in the martian atmosphere.

“With 10 years of data, we’ve gone much further than the initial detection, and we now have a better understanding of the characteristics and occurrences of this interesting phenomenon,” says Jean-Claude Gérard of the University of Liège, Belgium, lead author of the paper published in the Journal of Geophysical Research: Space Physics.

“The ultraviolet auroras turn out to be very rare and transient: they last only a few seconds. Even though Mars Express has passed over each location many times, detections at a given location do not seem to repeat at later times,” adds Lauriane Soret, also of the University of Liège and lead author of the paper published in Icarus.

From a total of 113 nightside orbits looking straight down on the planet, nine were confirmed to show auroras, with some multiple detections along individual orbits leading to a total of 16 detections.

Looking down, Mars Express can monitor their brightness over time, but observations through the atmosphere at an angle are required to determine the aurora altitudes. Three more auroras were observed in this way, with altitudes determined around an average of 137 km.

When the auroras were detected with its ultraviolet sensor, Mars Express also measured the energy of the electrons hitting the atmosphere at the position of the spacecraft.

By combining these observations, the scientists found that the auroras appear only under special conditions, near the boundary between open and closed magnetic field lines.

In addition, an unexpected displacement observed between the location of the electron bursts and that of the ultraviolet aurora indicate that the field lines guiding the electrons may be tilted from the vertical.

“It seems that the emissions are controlled by a special shape of the local magnetic field: as it starts to become open, it makes an umbrella shape, allowing access to the energised electrons,” explains Jean-Claude.

The incoming energetic electrons are accelerated by a transient electric field along the residual magnetic field lines to interact with the carbon dioxide molecules in the atmosphere, resulting in the ultraviolet emission observed by Mars Express.

“We have now also been able to use the particle values in our simulations of this process to reproduce the measured altitudes of the auroras,” says Lauriane.

“We’ve found that the ultraviolet auroras associated with known magnetic anomalies in Mars’ crust are confined, rare and transient events that vary in time and space. They are very different from the auroras seen on other planets.”

“By scouring the rich data from Mars Express, we now have a much better idea of how this type of martian aurora ‘works’, says Dmitri Titov, ESA’s Mars Express project scientist.

The results were collected with the SPICAM and ASPERA instruments between 2004 and 2014. SPICAM is the Spectroscopy for the Investigation of the Characteristics of the Atmosphere of Mars and ASPERA is the Analyzer of Space Plasma and Energetic Atoms/Electron Spectrometer.