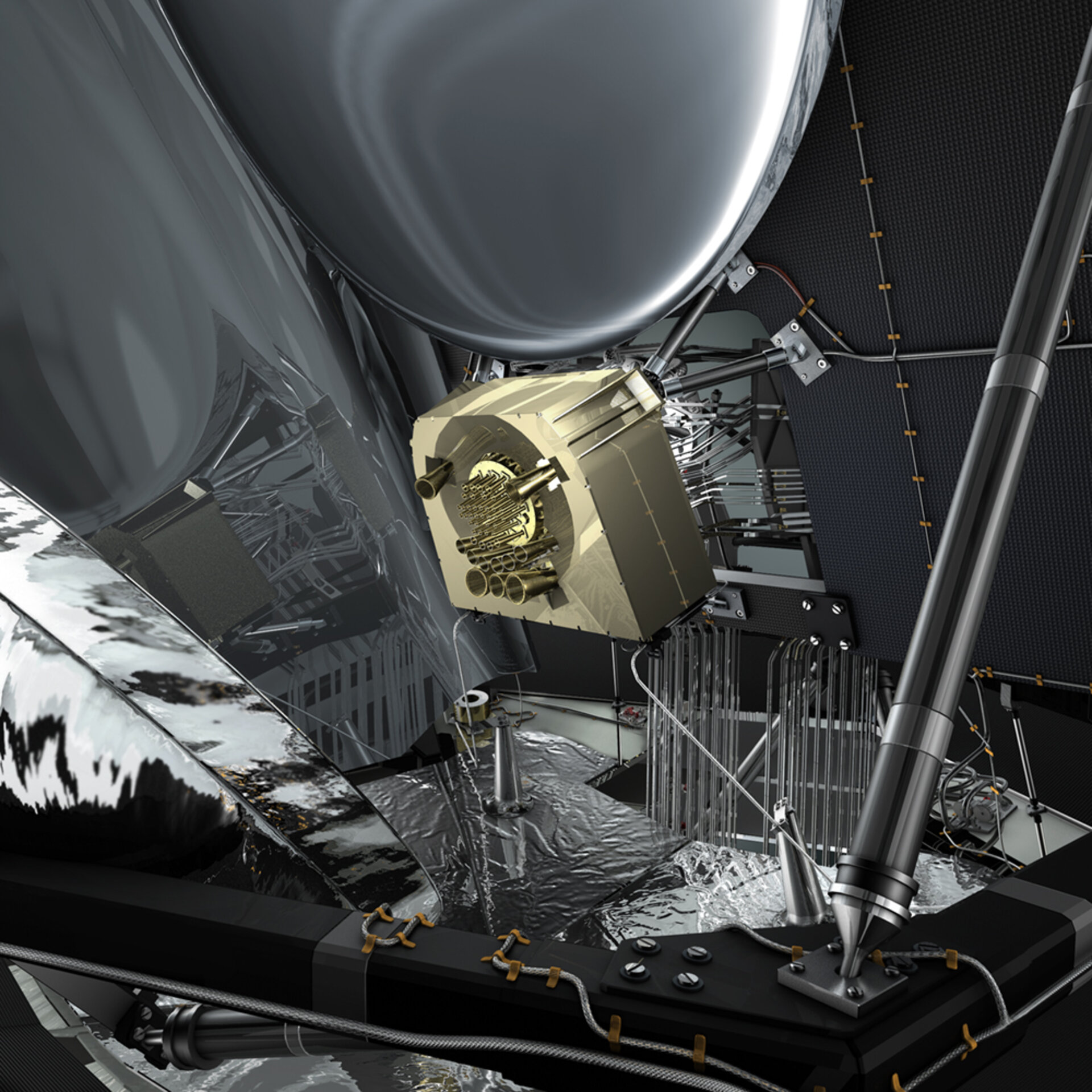 Planck carried two scientific instruments: the High Frequency Instrument, or HFI, and the Low Frequency Instrument, or LFI. Their detectors converted the microwave and radio light gathered by the telescope into very accurate maps of the microwave sky. This data is used to extract the most accurate estimates of the spatial variations of the temperature of the Cosmic Microwave Background (CMB) radiation, a key to understanding the origin of the Universe and the evolution of galaxies.

The detectors were so sensitive that they could measure temperature variations in the sky of millionths of a degree – a task similar to measuring from Earth the heat produced by a rabbit sitting on the Moon. In order to achieve this, some of Planck's detectors were cooled to about one-tenth of a degree above absolute zero (-273.15 °C), so that their own heat did not swamp the signal from the sky.

LFI was designed to produce high-sensitivity, multi-frequency measurements of the microwave sky in the frequency range of 27 to 77 GHz (wavelength range 11.1 to 3.9 mm). The instrument consisted of an array of 22 tuned radio receivers located in the focal plane of the telescope. These radio receivers gathered microwaves from the sky and converted them to a measure of the intensity of radiation at each frequency.

HFI was designed to produce high-sensitivity, multi-frequency measurements of the diffuse radiation permeating the sky in all directions in the frequency range of 84 GHz to 1 THz (wavelength range 3.6 to 0.3 mm). The instrument consisted of an array of 52 bolometric detectors placed in the focal plane of the telescope. Bolometric detectors are devices capable of detecting and measuring small amounts of thermal radiation.

The instruments were complementary and they worked together to produce the overall mission results.