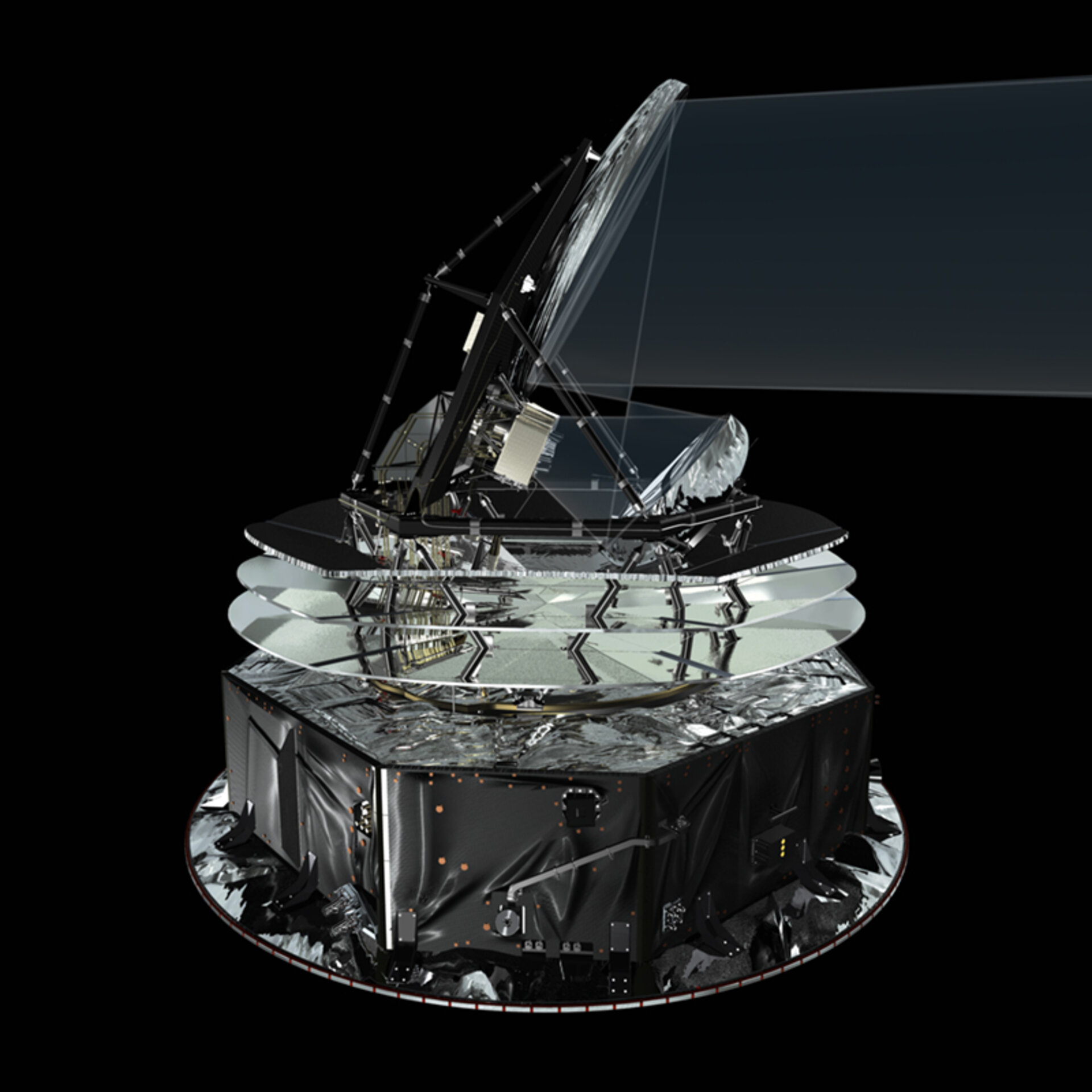 Planck's large telescope collected the light from the Cosmic Microwave Background and focused it onto the focal plane of the scientific instruments on board.

The primary mirror, 1.9 x 1.5 m in diameter, weighed only about 28 kg; the effective telescope aperture was 1.5 m. It was designed to be robust enough to withstand the 'shake-and-bake' stresses of launch, and the temperature difference between launch, when it was at an ambient temperature of about 300 K, and operation, at about 40 K.

It was made of carbon-fiber-reinforced plastic and coated with a thin reflective layer (reflectivity >99.5%) of aluminium - so smooth that any bumps in the coating are less than 5 microns in size. The telescope was surrounded by a large baffle that minimises stray light interference from the Earth, Sun and Moon, and cooled it by radiating heat into space.

Seen in the microwave range, the CMB is only 1% as luminous as Earth, so straylight is a particular concern for any space-based telescopes observing the CMB in the microwave. This is why Planck was strategically positioned at L2. There it was also better sheltered from the heat emitted by Earth, the Moon and the Sun. In addition, the telescope was surrounded by a large baffle to minimise straylight interference from the Earth, Sun and Moon.