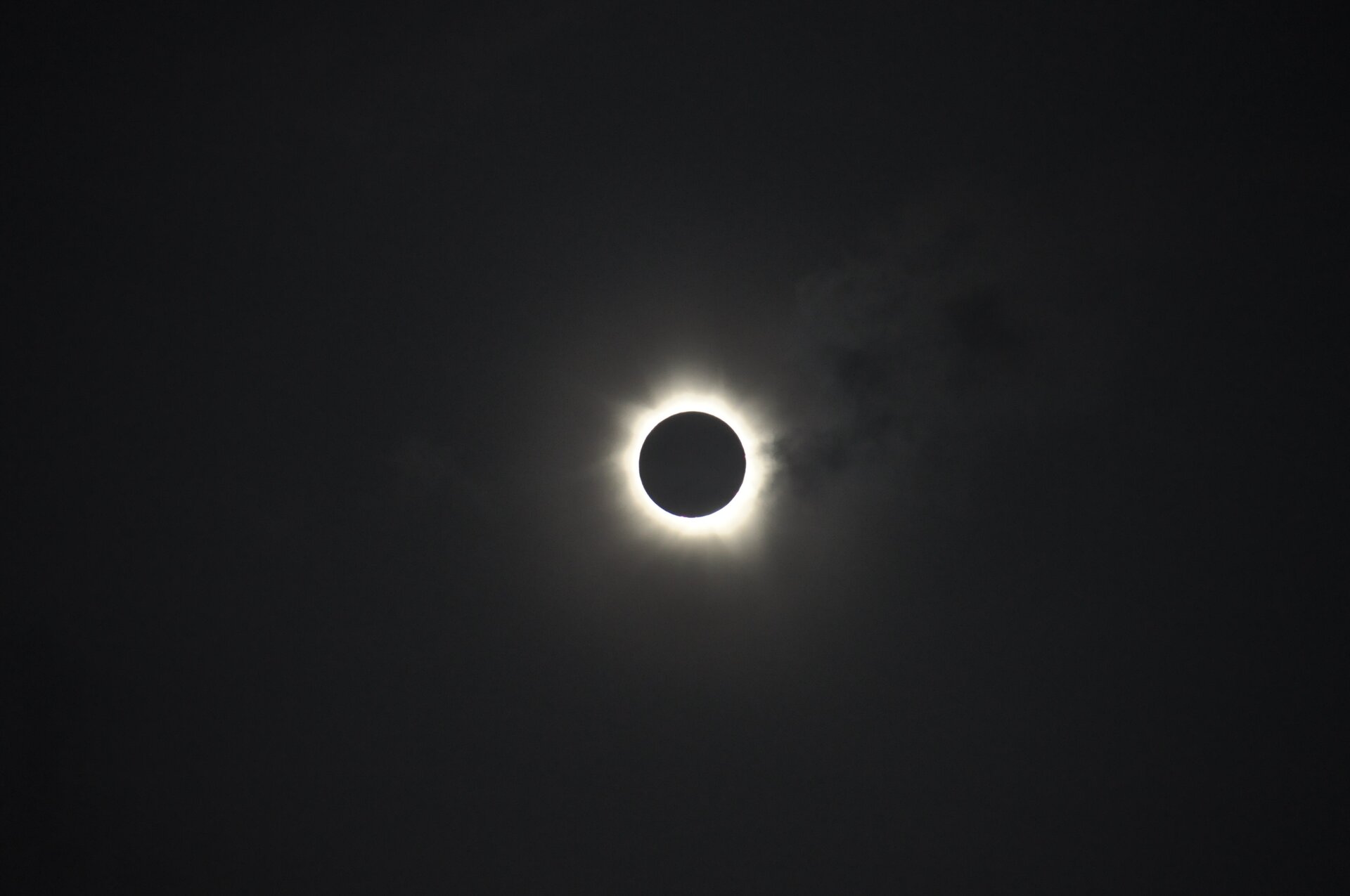 During a total solar eclipse, the Moon moves in front of the Sun as seen from Earth, their alignment and separation such that the much closer Moon appears large enough to block out the light from the much more distant Sun.

Since Proba-2 orbits Earth about 14.5 times per day, it can dip in and out of the Moon’s shadow around the time of a solar eclipse. The constant change in viewing angle of Proba-2 meant that the satellite passed through the shadow three times during the eclipse yesterday, as shown in the video presented here.

As the Sun was never completely covered up from Proba-2’s vantage point, each eclipse was only partial.

The video was produced from images taken by Proba-2’s SWAP imager, which snaps the Sun in ultraviolet light. Stormy active regions on the Sun’s face are revealed, including sunspots, the roots of some large solar flares and coronal mass ejections that are occasionally directed towards Earth.

At the time of the total eclipse as seen from the ground, Proba-2 saw the full disc of the Sun.

“The satellite also spent hours collecting data of the solar environment further away from the Sun before and after the main eclipse event, providing context for the ground-based observations,” said Joe Zender, Proba-2 mission manager.

Observing in visible light extremely close to the solar surface is only possible from the ground during eclipses when the bright solar disc is temporarily obscured, briefly exposing the Sun’s bright atmosphere, or corona, and the red glow of the chromosphere.

“Combining visible light observations with the extreme ultraviolet images from Proba-2 gives us a unique opportunity to access difficult-to-see regions of the Sun at different wavelengths, during a rare event such as a total solar eclipse,” added Joe.

Observers on the ground watched in awe as darkness swept across the land for a little over 2 minutes. Proba-2 scientist Anik De Groof watched the event with thousands of others along the Australian coast at Palm Cove.

“We got all a bit nervous when after sunrise the partially eclipsed Sun was covered by a big cloud, but 5 minutes before totality, the cloud dissolved and we could watch ‘Baily’s beads’ form – the effect where beads of sunlight shine through the rugged lunar landscape,” said Anik.

“At totality we could see the red chromosphere and the corona in the most beautiful conditions – it was fantastic!”

Australians will have another chance to see a solar eclipse in May 2013, although because the Moon will be slightly further away from the Earth, it won’t block the whole Sun, resulting in an ‘annular eclipse’. Europe will have to wait until November 2013 before the opportunity arises to see a partial solar eclipse across much of the south.

Meanwhile, ESA’s fleet of Sun-watching spacecraft will continue to monitor the Sun’s stormy behaviour as it unleashes its plasma load out into space and towards Earth. Scientists will get even closer to the action in 2017 with the launch of Solar Orbiter, which will travel to observe the Sun from a daring distance of just 42 million kilometres, inside the orbit of planet Mercury.