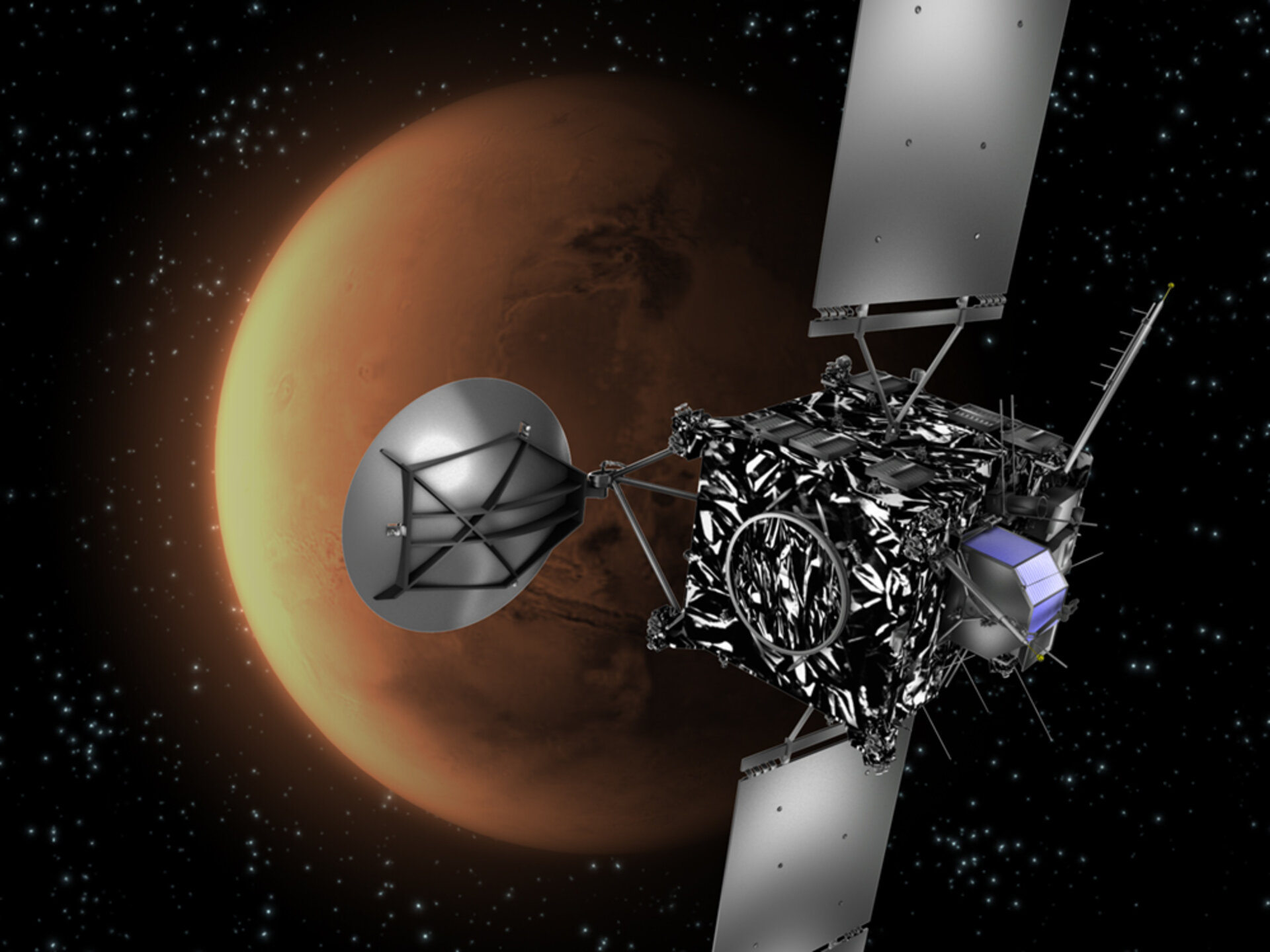 ESA PR 08-2007. On Sunday 25 February, ESA’s probe Rosetta, currently on a ten-year journey to comet Churyumov-Gerasimenko, will make its closest approach to the planet Mars, coming within 250 kilometres of its surface.

The critical close swingby of Mars is needed to use the gravity of Mars to modify the spacecraft’s speed and direction. Rosetta will emerge from its martian encounter pointed towards its next target, Earth ! It arrives for a second swingby of our home planet on 13 November (the first having already taken place on 4 March 2005).

To take advantage of this upcoming closest of encounters with the Red Planet, Rosetta’s instruments - as well as those on its lander - will be switched on over predefined time slots to perform a series of scientific observations, including planetary imaging. Flight controllers at ESA’s European Space Operations Centre (ESOC) have already set everything ready for this crucial manoeuvre.

Launched on 2 March 2004 on an Ariane 5 rocket, Rosetta is the first probe ever designed to enter orbit around a comet’s nucleus and release a lander onto its surface. Arriving at comet Churyumov-Gerasimenko in 2014, the probe will take over a year to conduct a thorough scientific study of this remnant of the primitive nebula which gave birth to our solar system some 4.6 billion years ago. By the end of its epic journey, Rosetta will have performed three Earth and one Mars swingbys in all. It will also have studied asteroids Steins and Lutetia, in September 2008 and July 2010 respectively.

Media representatives wishing to follow this Rosetta Mars swingby from the ESOC control centre in Darmstadt/Germany are requested to complete and return the attached reply form.