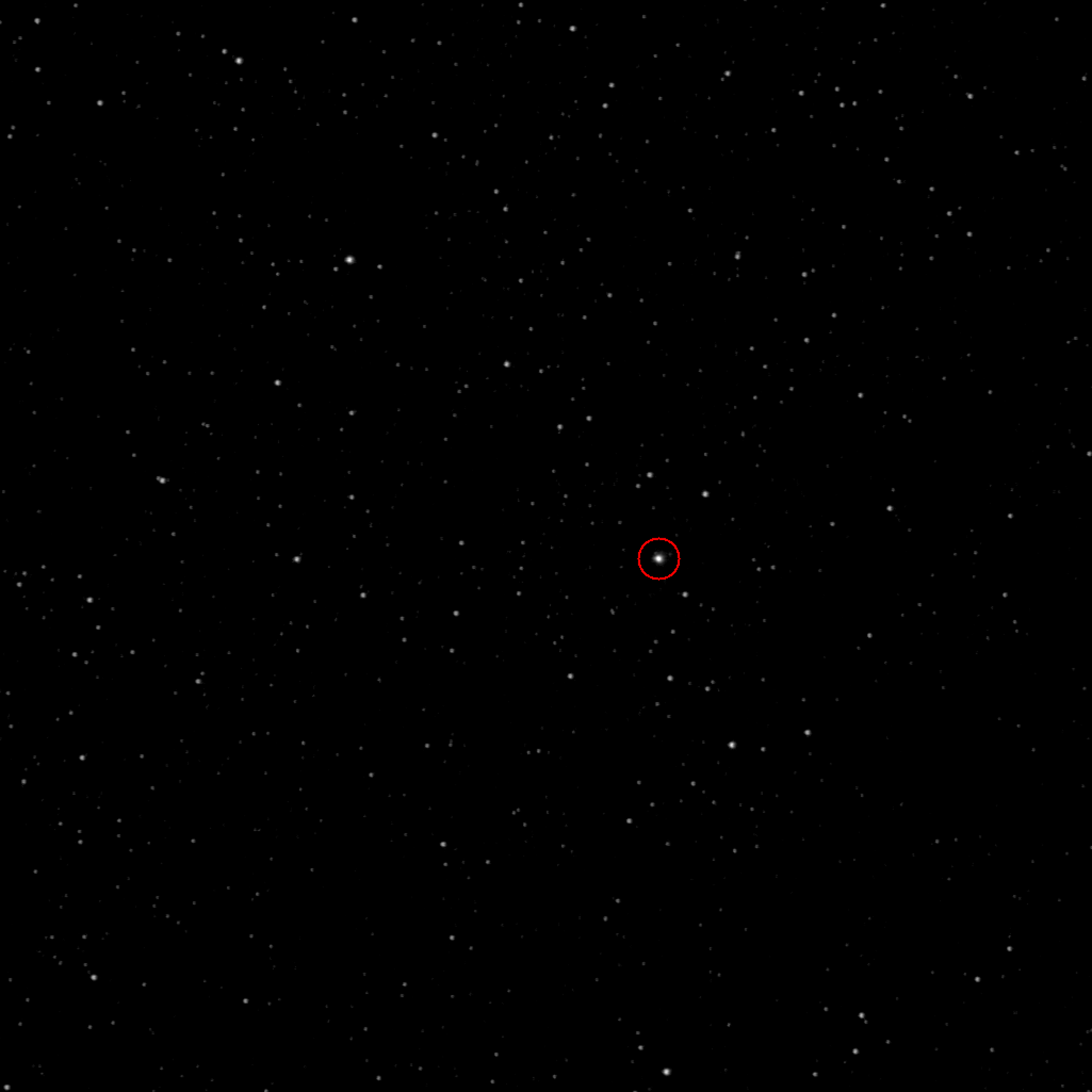 An image snapped earlier this month by ESA’s Rosetta spacecraft shows its target comet has quietened, demonstrating the unpredictable nature of these enigmatic objects.

The picture was captured on 4 June by Rosetta’s scientific camera, and is the most recent full-resolution image from the narrow-angle sensor. It has been used to help fine-tune Rosetta’s navigation towards comet 67P/Churyumov–Gerasimenko, which was 430 000 km away at the time.

Strikingly, there is no longer any sign of the extended dust cloud that was seen developing around nucleus at the end of April and into May, as shown in our last image release. Indeed, monitoring of the comet has shown a significant drop in its brightness since then.

“The comet is now almost within our reach – and teaching us to expect the unexpected,” says the camera’s Principal Investigator Holger Sierks from the Max Planck Institute for Solar System Research in Germany.

“After its onset of activity at the end April, our images are currently showing a comet back at rest.”

While it is not uncommon for comets to display varying levels of activity, it is the first time that scientists have witnessed changes in dust production from such a close distance.

A comet’s ‘coma’ develops as it moves along its orbit progressively closer to the Sun, the increasing warmth causing surface ices to sublimate and gas to escape from its rock–ice nucleus.

As the gas flows away from the nucleus, it also carries a cloud of tiny dust particles out into space, which slowly expands to create the coma.

The warming continues and activity rises as the comet moves ever closer to the Sun. Eventually, pressure from the solar wind causes some of the material to stream out into a long tail.

As comets are non-spherical and lumpy, this process is often unpredictable, with activity waxing and waning as they warm. The observations made over the six weeks from the end of April to early June show just how quickly the conditions at a comet can change.

Since Rosetta’s instruments were reactivated earlier this year after a long hibernation, the scientific and navigation cameras have been regularly acquiring images to help define Rosetta’s trajectory to the comet.

Using this information, the spacecraft has been making a series of manoeuvres that will slowly bring it in line with the comet before their rendezvous in the first week of August.

Four manoeuvres have been completed already – the most recent was yesterday – with six more to go. The last in the sequence is planned for 6 August, when Rosetta will be 100 km from the comet and will embark on a series of complex manoeuvres to bring it closer still.

But today, even six weeks and about 165 000 km out, Rosetta’s science instruments have already started collecting data on the comet’s environment and its evolution.

For example, Rosetta is capable of measuring the coma and determining the rates at which water and gases such as carbon dioxide are being produced, and how those rates change with time. These measurements will provide insight into the chemical makeup of the comet’s surface and interior.

The plasma environment of the comet can also be assessed as the coma develops and interacts with particles in the solar wind.

Later, as it gets even closer, Rosetta will start collecting gas and dust particles from the coma, and analysing them in its miniaturised onboard laboratories.

“It’s great to have started regularly receiving science data, especially after a long 10 year journey towards our destination,” says Matt Taylor, ESA’s Rosetta project scientist. “The variable activity of the comet shows it definitely has personality, which makes us all the more eager to get there to learn just how it ticks.”

Today, the roughly 4 km-wide comet scales to about one pixel in the narrow-angle camera – meaning no details of the nucleus can be discerned. But within a few weeks, Rosetta will be close enough to see far more: by early July, it should span five pixels and by the start of August, 500 pixels.

With that in mind, we will now begin publishing images on a more regular basis. The next image is foreseen on or around 3 July, and then on a weekly basis until rendezvous on 6 August. The images will be published in the Rosetta image gallery and via the Rosetta mission blog.

One thing seems certain: as Rosetta comes ever closer to its destination, more exciting surprises surely await us.

More about Rosetta
More about OSIRIS
Contacts for further information