Massive stars – several times larger than our Sun – lead turbulent lives, burning their nuclear fuel rapidly and pouring large amounts of material into their surroundings throughout their short but sparkling lives.

These fierce stellar winds can carry the equivalent of Earth’s mass in a month and travel at millions of kilometres per hour, so when two such winds collide they unleash enormous amounts of energy.

The cosmic clash heats the gas to millions of degrees, making it shine brightly in X-rays.

Normally, colliding winds change little because neither do the stars nor their orbits. However, some massive stars behave dramatically.

This is the case with HD 5980, a pairing of two huge stars each 60 times the mass of our Sun and only about 100 million kilometres apart – closer than we are to our star.

One had a major outburst in 1994, reminiscent of the eruption that turned Eta Carinae into the second brightest star in the sky for about 18 years in the 19th century.

While it is now too late to study Eta Carinae’s historic eruption, astronomers have been observing HD 5980 with X-ray telescopes to study the hot gas.

In 2007, Yaël Nazé of the University of Liège, Belgium, and her colleagues discovered the collision of winds from these stars using observations made by ESA’s XMM-Newton and NASA’s Chandra X-ray telescopes between 2000 and 2005.

Then they looked at it again with XMM-Newton in 2016.

“We expected HD 5980 to fade gently over the years as the erupting star settled back to normal – but to our surprise it did just the opposite,” says Yaël.

They found the pair was two and a half times brighter than a decade earlier, and its X-ray emission was even more energetic.

“We had never seen anything like that in a wind–wind collision.” 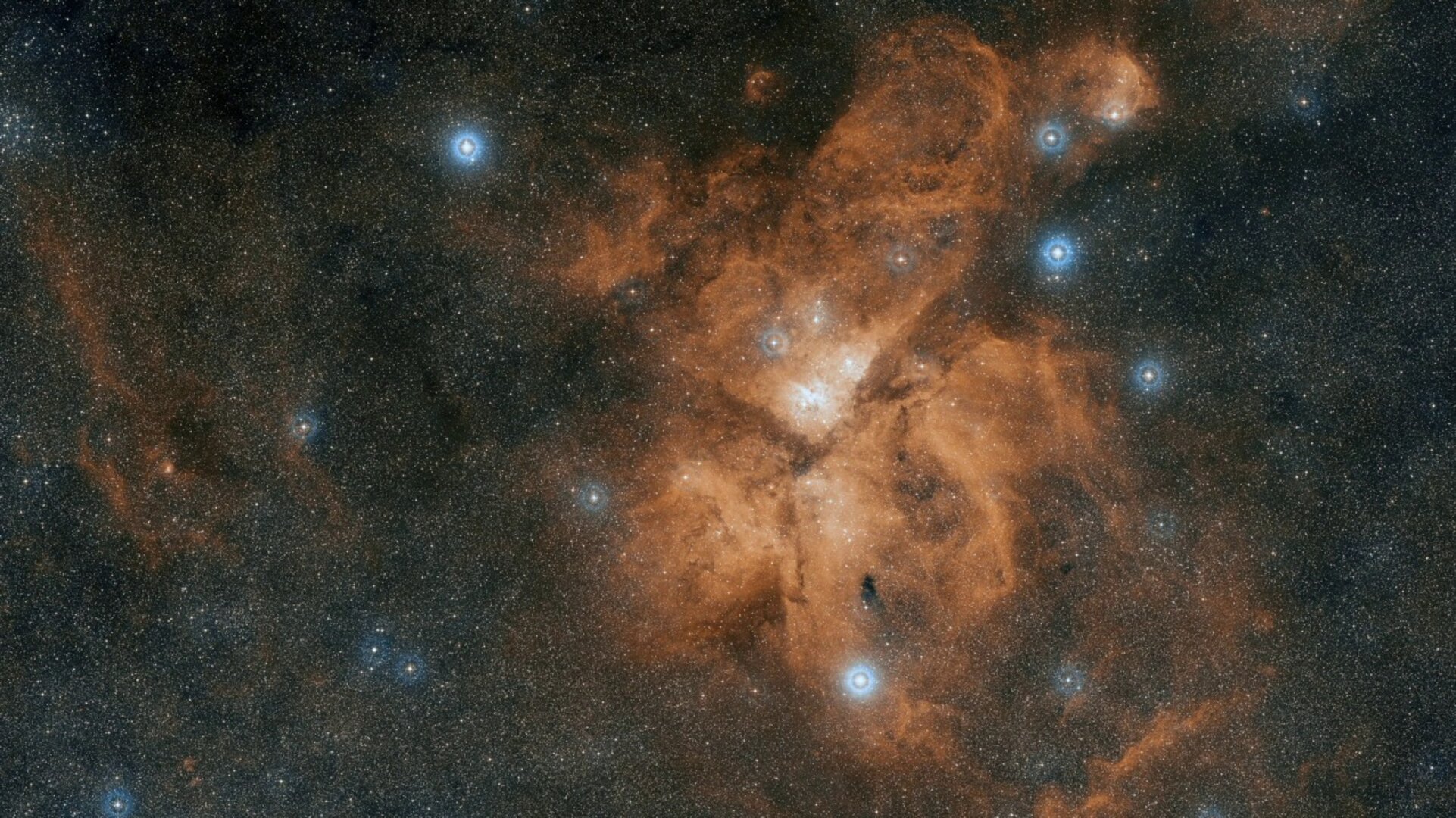 With less material ejected but more light emitted, it was difficult to explain what was happening.

Finally, they found a theoretical study that offers a fitting scenario.

“When stellar winds collide, the shocked material releases plenty of X-rays. However, if the hot matter radiates too much light, it rapidly cools, the shock becomes unstable and the X-ray emission dims.

“This somewhat counterintuitive process is what we thought happened at the time of our first observations, more than 10 years ago. But by 2016, the shock had relaxed and the instabilities had diminished, allowing the X-ray emission to rise eventually.”

These are the first observations that substantiate this previously hypothetical scenario. Yaël’s colleagues are now testing the new result in greater detail through computer simulations.

“Unique discoveries like this demonstrate how XMM-Newton keeps providing astronomers with fresh material to improve our understanding of the most energetic processes in the Universe,” says Norbert Schartel, XMM-Newton project scientist at ESA.