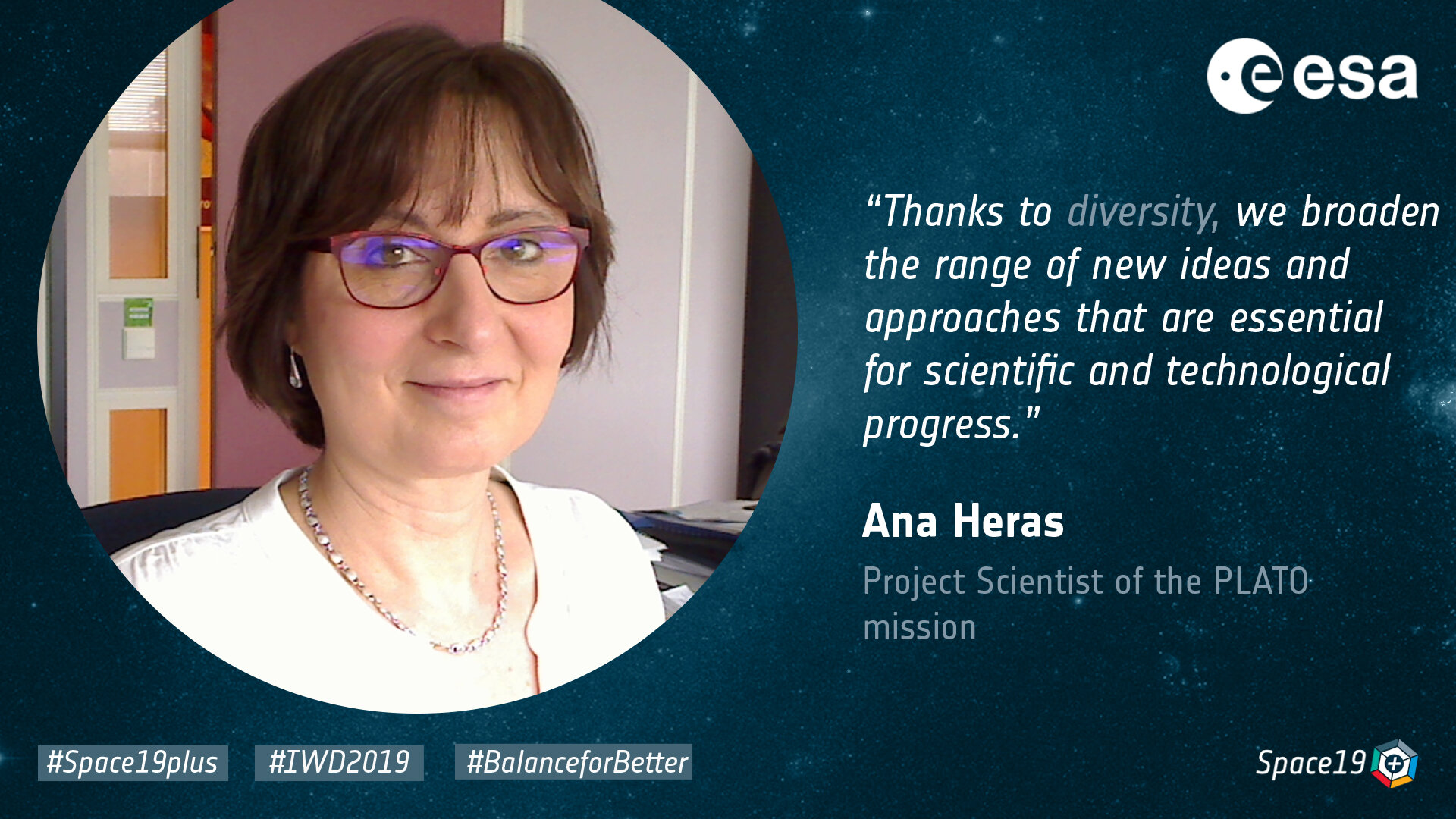 I work as Project Scientist of the PLATO mission, a space observatory that will search for planets similar in size to Earth orbiting stars like our Sun. My main task is to define the scientific objectives of the observatory and specify the capabilities of the satellite to ensure the maximum scientific return. To accomplish this, I work closely with several groups of scientists in European universities and institutes, and act as the interface to the ESA engineers who are responsible for building the satellite. I also do research on astronomy topics, using data from other space missions and ground-based observatories. I have worked at ESA for more than 25 years.

Since I was a child, I have always wanted to understand how nature works. Every time I looked at the night sky, I was moved and curious by the view of the stars and planets. I wanted to know as much as possible about what the universe is made of and how the different elements and forces interact with each other. Therefore, I studied physics and specialised in astronomy. When the opportunity to join the ESA Science Programme appeared, I did not hesitate to apply. It meant working on cutting-edge science and getting involved in space projects at the same time: a perfect combination. I also found it fascinating to join an international organisation and to be able to interact on a routine basis with scientists and engineers from so many countries.

During my studies and early years of my career, I never felt that I was facing additional obstacles in becoming a scientist due to my gender. Moreover, my family and teachers were always supportive and encouraging. As I have grown older, however, I have realised that combining a very demanding job with having a family is not easy. Nevertheless, thanks to the full involvement of my husband, I have kept a good family-work balance and continuity in my career, maintaining the necessary level of dedication.

The number of young scientists and engineers has increased thanks to measures taken in recent years, although the progress is slower than I initially expected. In general, flexible working hours and the possibility of teleworking have been very beneficial in helping women to stay in scientific careers after having children. The visibility of women in scientific and engineering conferences has also improved by promoting a gender balance in the selection of conference speakers. Another very interesting development is the current recognition of women who have made important contributions to science throughout history, but were unfairly forgotten or ignored. However, we still have to make much progress regarding the underrepresentation of women in leadership positions. Increasing the currently low numbers will certainly entail action, such as creating awareness, promoting the understanding of diversity, and improving work-life balance.

What are, in your view, three measures that could make a difference in supporting a work-life balance and at the same time equal career opportunities.

Clearly all measures associated with flexible working hours and teleworking make a difference. Parental leave schemes for both partners play an important role in achieving a good work-life balance. Also very important are arrangements for leave or extended teleworking when a member of the family is seriously ill, like an elderly parent. Another very helpful measure would be to encourage applications from scientists and engineers who put their careers on hold because of family reasons. In those cases, we still see too often that women have to quit science because they are not given the opportunity to return.

I would say “Come on board – science and engineering need you”. Thanks to diversity, we are broadening the range of new ideas and approaches that are essential for scientific and technological progress. I would advise her to join this exciting adventure of continuous learning and discovery, while reflecting on which one of its manifold paths, from fundamental research to applied technology, would be more appealing to her. I would also point out that science and engineering often involve international collaboration, and therefore offer the fantastic possibility to interact with people from all over the world in order to achieve a common goal.