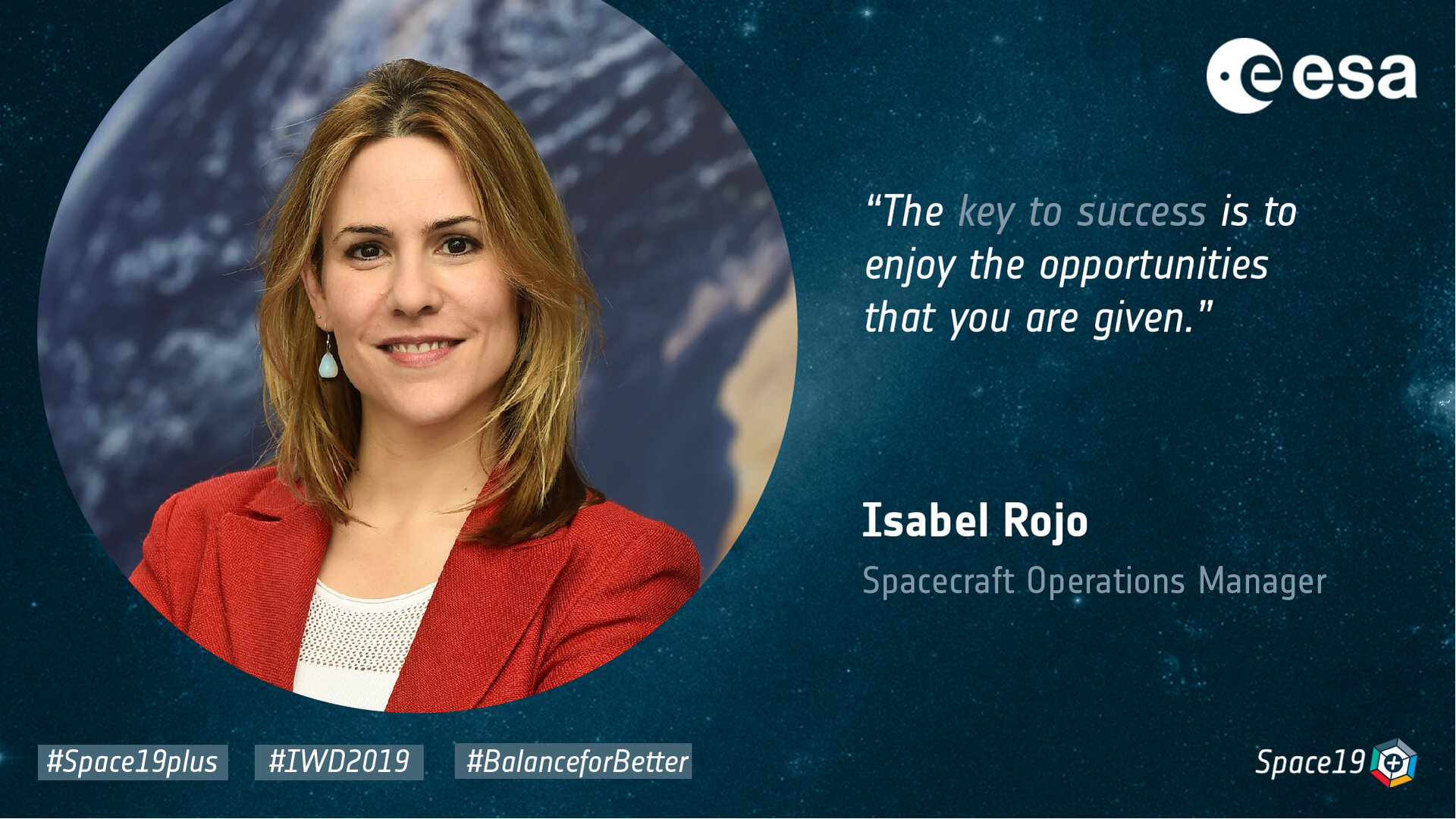 I work as Spacecraft Operations Manager for ESA, currently responsible for two of the upcoming Earth Explorer missions: EarthCARE and BIOMASS. In this role, I will coordinate the activities that need to be performed on the spacecraft in flight with the support of our specialised teams, and ensure the satellite health and safety at all times throughout the mission.

At school, I was always drawn to the scientific subjects and as I progressed in my studies, I slowly narrowed down my choices to finally become an aerospace engineer. In this process, it was indeed my objective to accomplish a career as an engineer, but I wanted to work for an international organisation that makes a difference in the world of space. Achieving this at ESA and working for such an established institution in the international space field, with which I share common values such as excellence, was my ultimate dream.

The fact that women belong to a minority in this environment is probably a limitation, with all the implications linked to being a minority. There are hardly any female leaders that one could use as a role model, which somehow reduces our aspirations as women in this field. I also realised that in many cases women have to work harder in order to get the same level of professional respect. So I guess I did encounter barriers, but I never perceived them as such until now – after I overcame them. I just saw them as a challenge and a motivation to become better.

There has been progress in recognising the issue of gender imbalance, and in seriously implementing measures, with the objective to recruit a fairer proportion of women in the entry positions at ESA. I am convinced that these young capable women will move up the ladder of the organisation over time and eventually succeed in achieving a balanced gender environment on all hierarchical levels.

What are, in your view, three measures that could make a difference in supporting a work-life balance and at the same time equal career opportunities.

First of all, we should ensure we offer the same jobs to men and women without making assumptions that a woman would be less interested in a challenge in certain phases of her career than her male peer. I personally benefited from the opportunity I was given to take on a more challenging role.

I think that flexible work setups could also allow some women to have better career prospects, which they may otherwise discard because of their personal situation.

Finally, since I was personally affected by it, day-care on site would be great.

I would recommend that she believe in herself, and trust that she is as capable as any other person if she puts her mind to it. Aside from achieving the objectives she sets for herself, I think the key to success will also lie in being able to enjoy the opportunities she is given.