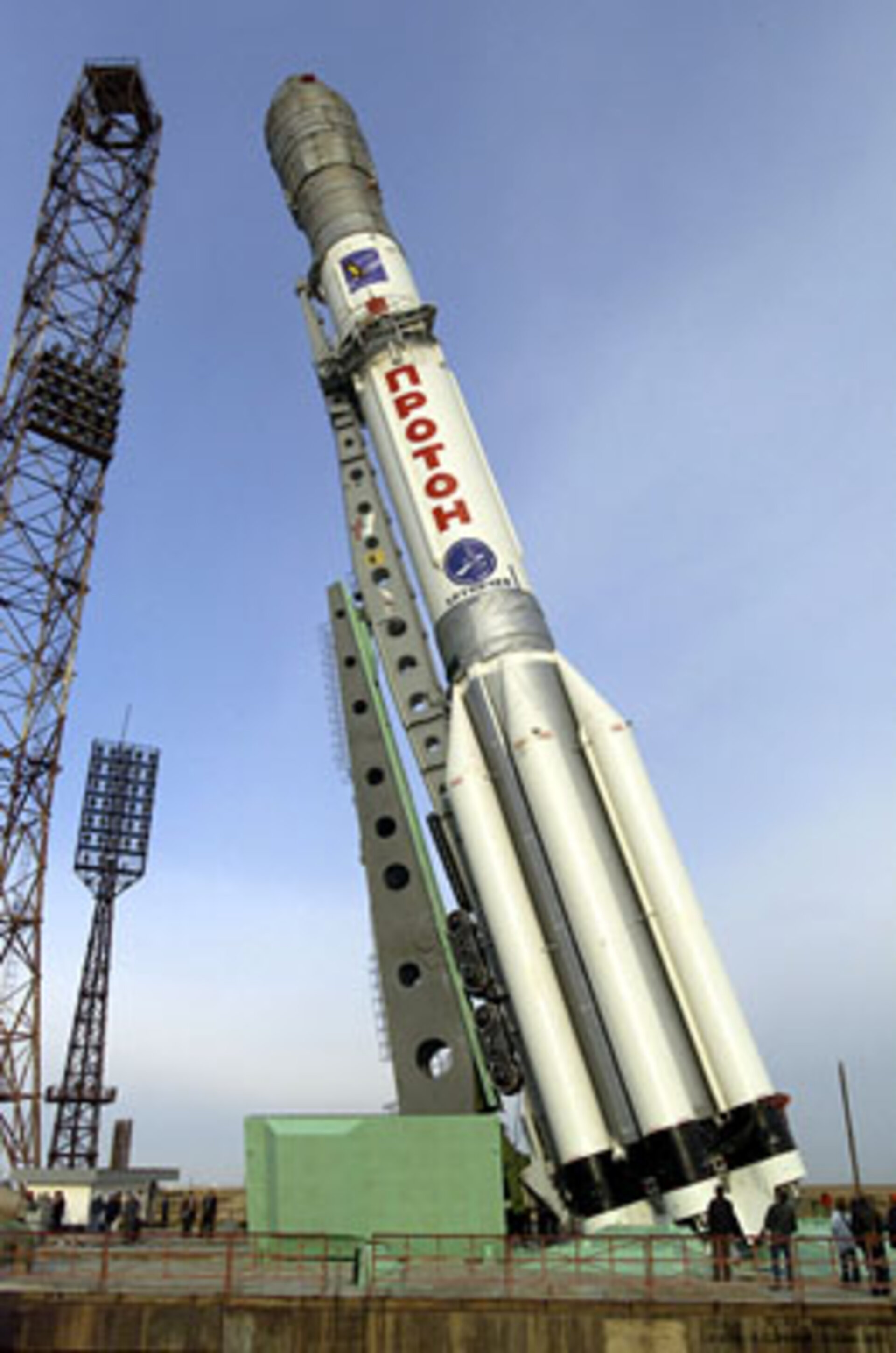 Sharp at 6:30 local time, the Proton launcher was rolled out of the 92-1 building. It is a tradition to roll out the launcher at this time. All parties attended the event in the dark early morning. Eros Poli of Alenia and Barrie Henson of ESA boarded the train to monitor the spacecraft loads during transportation.

The remaining activities on the launch pad for the Integral team were all performed as planned:

All this work was carried out on the launch tower, some 50 m above ground, with high winds blowing. The team members were visibly impressed with their day’s activities.

Meanwhile, the satellite was also switched on remotely from the 92A-50 building and all stations were manned in preparation for the launch rehearsal on the 14th. Later in the day, the electrical team finished recharging the batteries.

So far, all systems are on track for the launch on 17 October.