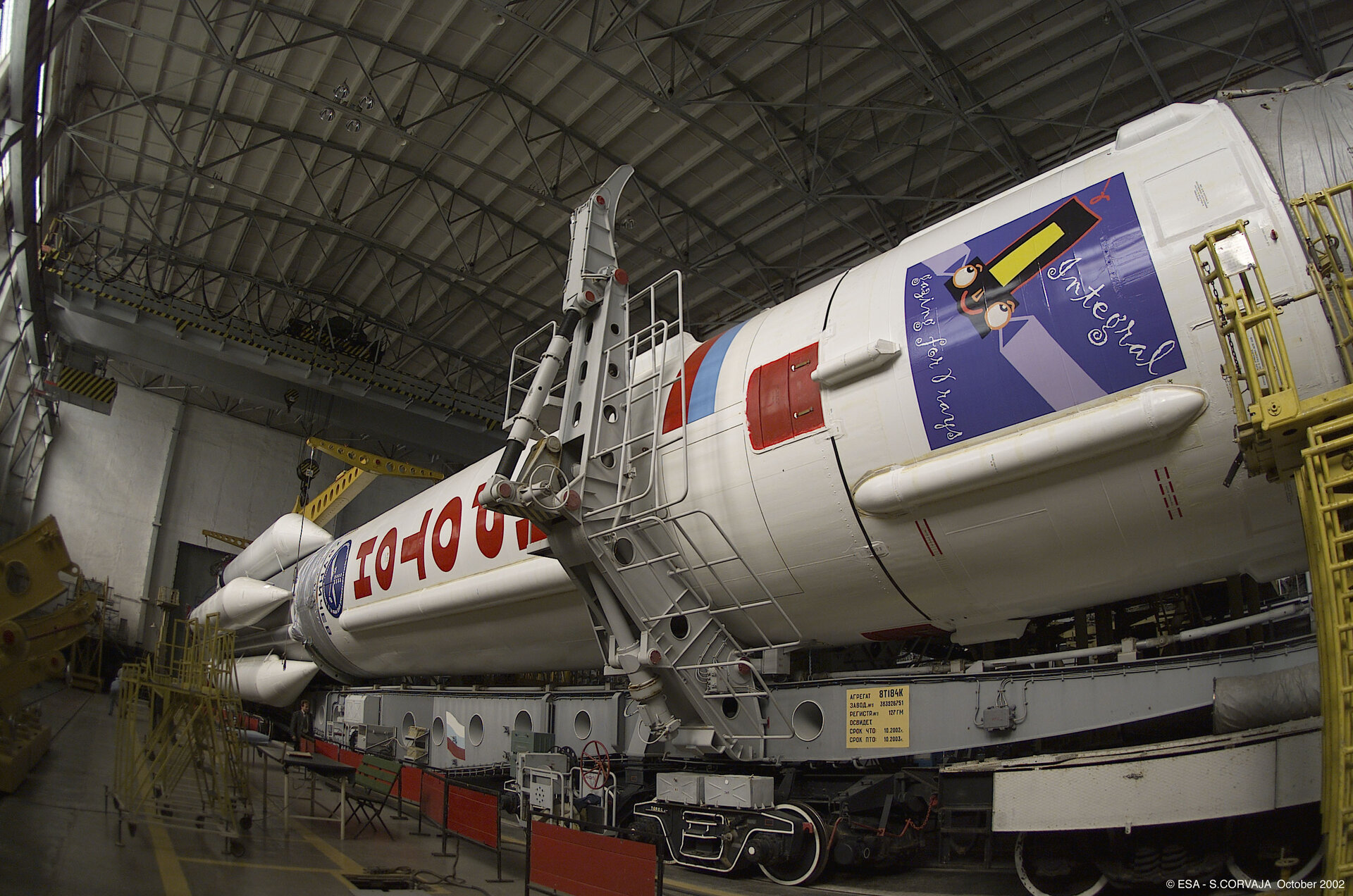 Today 11.10 at 18:30 local time, the State Commission, comprising all the representatives of Russian entities involved in a Proton launch, as well as Kai Clausen, Integral Project Manager, met to review the readiness of the launcher to be rolled out to the pad.

The commission's conclusions are positive and we are scheduled to witness the rollout on the 12th at 6:30 in the morning, local time.

Prior to the commission's meeting, work continued on the Proton itself. It was lifted from its integration rig and moved to a special railcar. The train is now complete and is formed by a locomotive, a thermal car, containing an air conditionning system and a vibration monitoring station and the Proton itself.