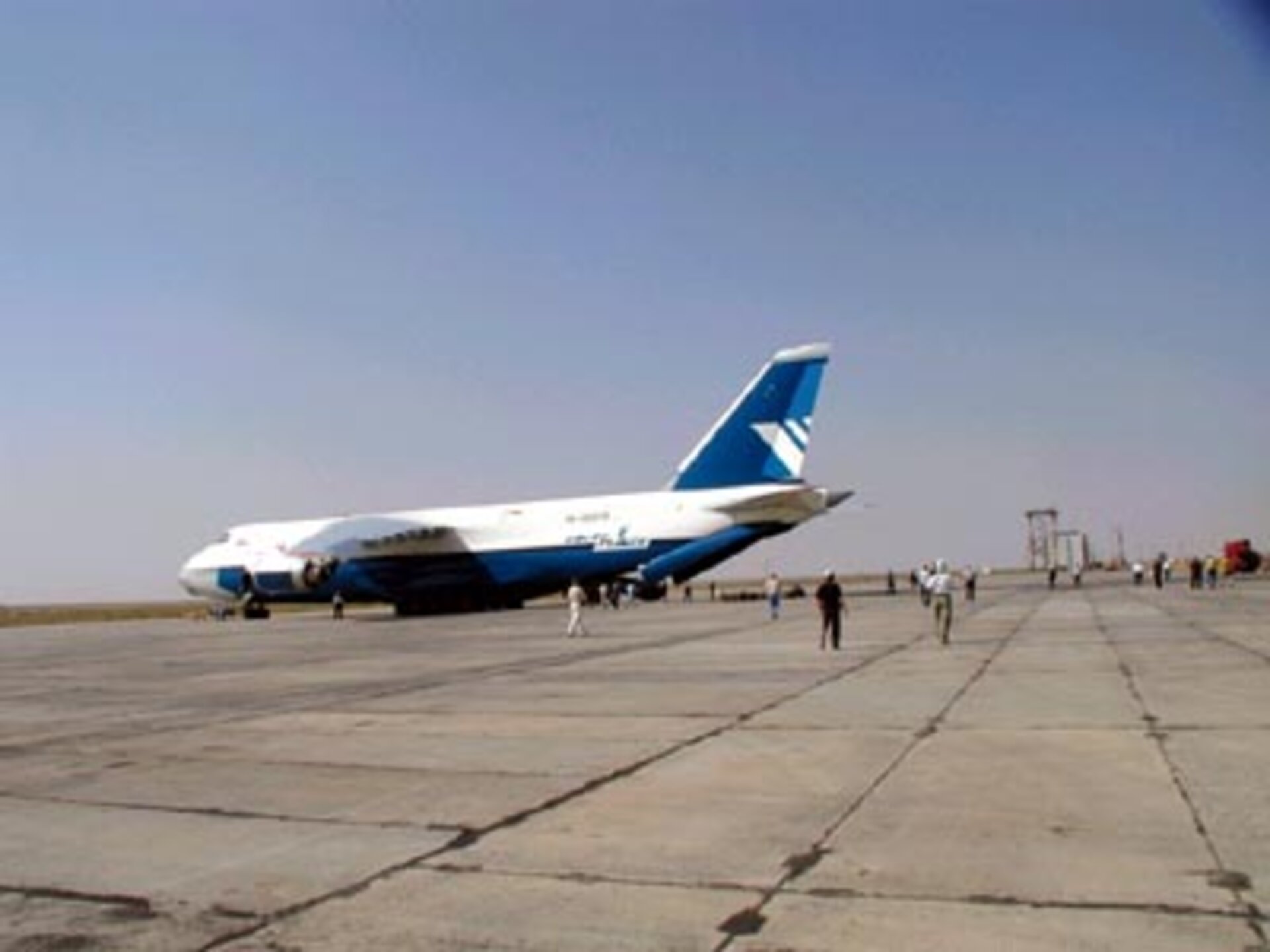 The Integral satellite has now safely arrived in the Baikonur Cosmodrome, after a smooth trip from the test center at the European Space Research and Technology Centre (ESTEC) in Noordwijk, the Netherlands.

The satellite, shipped in two separate modules, was transported by road to Schiphol airport, where it was loaded in the cargo bay of an Antonov 124 aircraft. After a stopover in Moscow, it arrived on 24 August 2002 in Yubileiny airport, in the center of the Cosmodrome. Finally, a train transferred the spacecraft containers from the airport to the integration facilities in building 92A-50. To avoid any shock to the spacecraft, this final leg took more than 6 hours for a distance of about only 20 kilometres.

After arrival on 24 August, the service module was moved onto its container base into the fuelling hall. There, it was connected to test equipment to review the status of the Reaction Control System (RCS).

On 27th August, the cleanliness and humidity inside the tanks was verified. On the 28th, the system was pressurized with helium to 24 bars, the maximum expected operating pressure during flight. Overall leak testing started on the 29th, with the closing of the container lid. Helium inside the container is monitored and compared to an initial injection of a known quantity. Increase in helium concentration indicates that a leak is present. Helium concentration remained stable, proving that the system was leak tight. Following the test, the tanks were depressurised and the helium was exchanged for nitrogen.

The Payload Module (PLM) is now inside the preparation hall (known as hall 103) where some thermal insulation left out for the transport is being installed before the flight. These final preparations will last up to the mating of the Payload Module (PLM) and the Service Module (SVM), planned for 1 September 2002, immediately after the completion of the global leak test on the Service Module (SVM) reaction control system.

The Integral launch campaign has now fully started, with the arrival today at 10:30 (Baikonur time) at Baikonur's Yubileini airport, of more than 70 tonnes of support equipment by Antonov 124.

The large cargo aircraft was unloaded in just a few hours and by 14:00, all items were transferred to railcars, ready for the final trip to the integration building, known as building 92A-50. The support equipment consists of all the test and assembly tools needed to finalize and monitor the satellite before liftoff. The team is now anxiously waiting for the arrival of the Integral spacecraft, planned for next week.