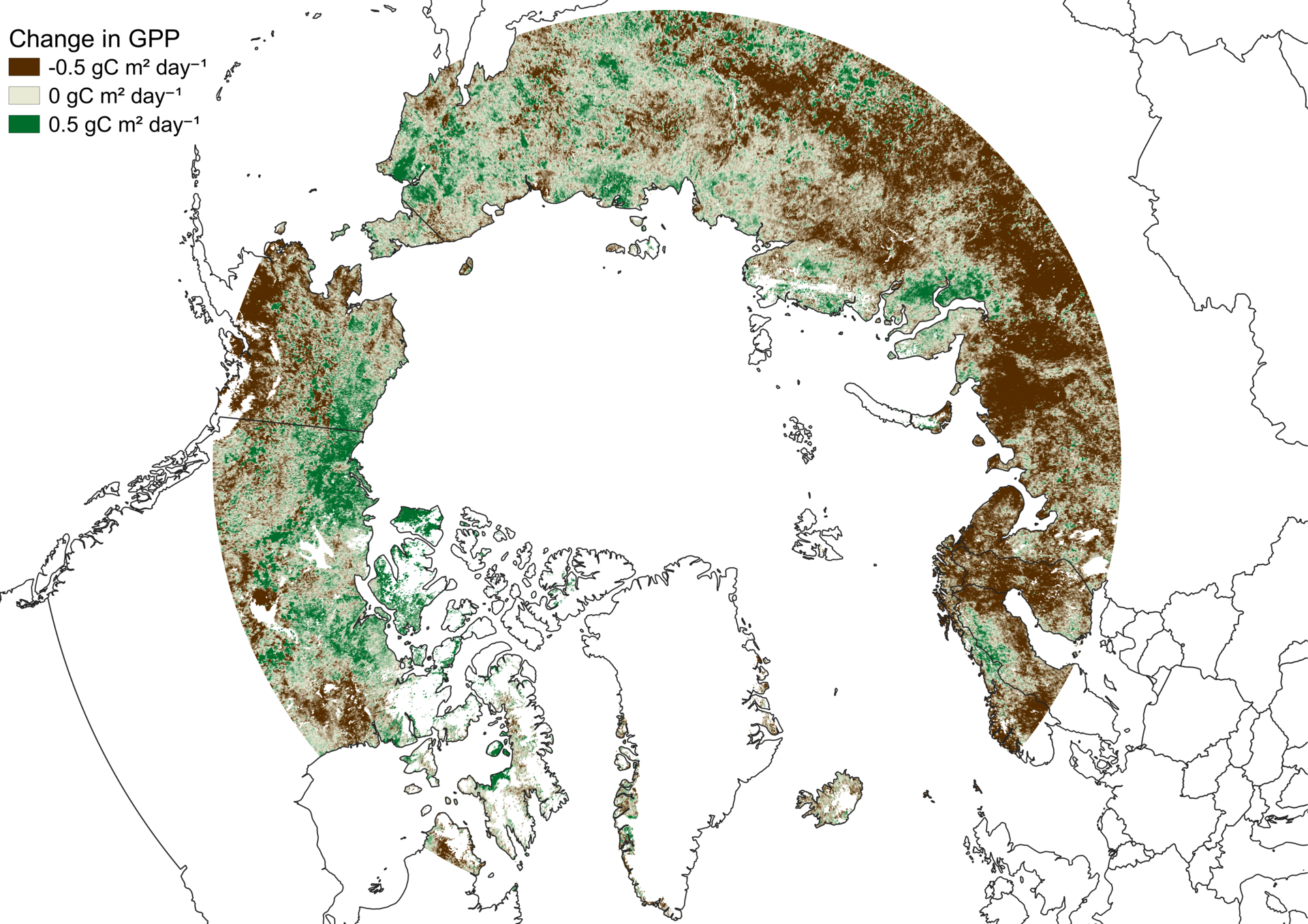 Researchers all over the world have a wealth of satellite data at their fingertips to understand global change, but turning a multitude of different data into actual information can pose a challenge. Using examples of Arctic greening and drought, scientists at ESA’s ɸ-week showed how the Earth System Data Lab is making this task much easier.

ESA’s Earth System Data Lab is a new virtual lab to access a wide array of Earth observations across space, time and variables. It consists of two elements: the data cube and an interface to execute different analyses on the data cube.

Some of these young researchers using the Earth System Data Lab were at ESA’s ɸ-week presenting their findings on, for example, Arctic greening and drought.

In parts of the Arctic tundra, temperatures are increasing rapidly as a result of climate change. This has resulted in complex changes in plant communities, with satellite data showing that some parts of the Arctic are ‘greening’ whilst other areas are said to be ‘browning’. Understanding changes at high latitudes is crucial as they could be used to predict changes in other places that haven’t yet warmed as much.

Oliver Baines, from the University of Nottingham in the UK, said, “The work I presented examines whether the inclusion of geodiversity components, such as rock or soil types, can improve our understanding of changes in plant productivity in the Arctic, beyond considering just temperature.

“Using the Earth System Data Lab, we have been able to examine these relationships to identify the role of abiotic nature at a much larger scale than before.”

By providing a set of pre-processed datasets all in one place, the virtual lab has made it easier to access, manipulate and analyse different variables including climate, gross primary productivity related to photosynthesis, aerosols and sea-surface temperatures. 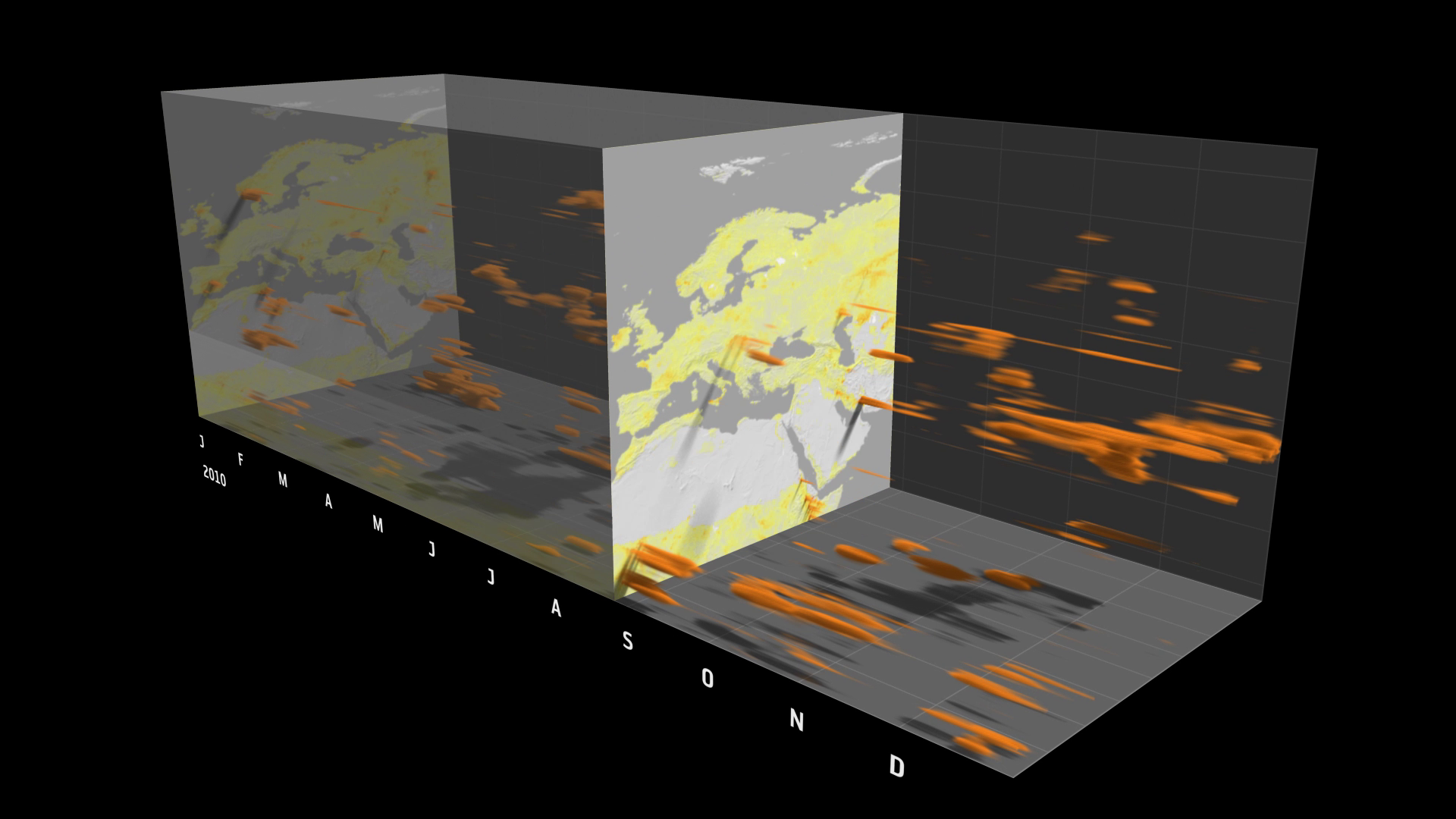 Mr Baines continues, “The hope is that by including a wider variety of abiotic nature, our understanding of changes in the Arctic can be improved and, subsequently, that any future predictions of Arctic environmental change can be refined.”

The data cube can reveal where big anomalies occur. In the light of the last two summers when Europe was hit by unprecedented heatwaves, and this year’s devastating fires in the Amazon, the relevance of the work being carried out through the virtual lab becomes clear.

Miguel Mahecha, from the Max Planck Institute for Biogeochemistry in Germany, said, “Only if we succeed in putting these impacts into a global perspective, will we be able to objectively judge their impacts. And, even more importantly, understand and anticipate their impacts under future climate conditions.”

However, while the question of weather extremes is an issue, long-term change and climate change are a global concern.

“Large parts of South America, for example, have become less productive and drier over the past decade. But there is a need to understand if this is a real change or just decadal variability. And, the Earth System Data Lab is helping us with this research,” continued Mr Mahecha.

Another Early Adopter, Karina Winkler from the Karlsruhe Institute of Technology, Germany, is working on using reconstructed land-use data and multiple satellite-derived variables from the Earth System Data Lab. The objective of the project is to model biomass distribution by using deep learning – which shows the potential of reconstructing changes of above-ground biomass over time and at a global scale.

ESA’s ɸ-week gave researchers the unique opportunity to share and discuss their research and reflect on the value of this new data cube they have to hand.