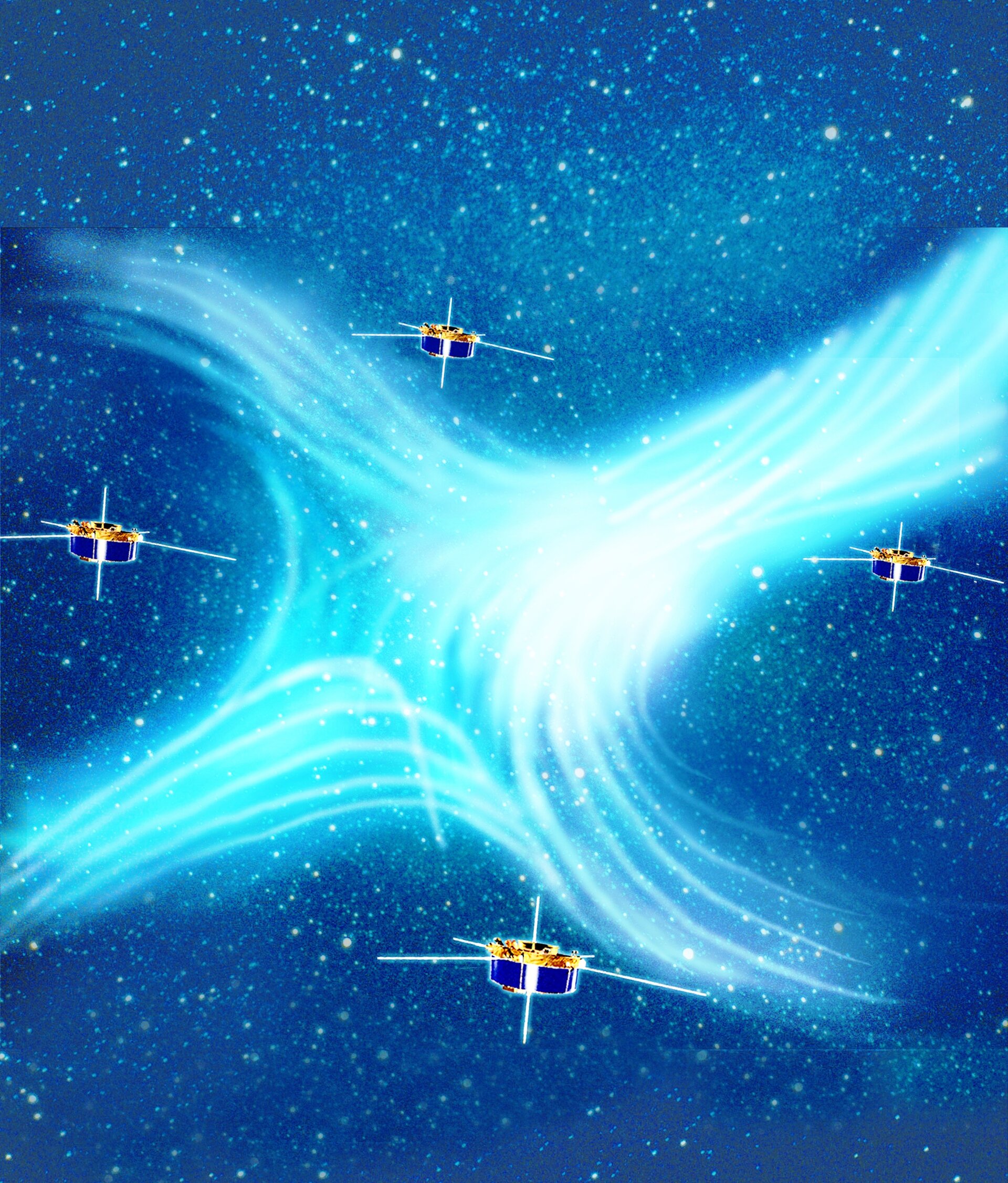 This artist's impression shows the four Cluster spacecraft encompassing a 'magnetic null' region. A magnetic null region is a three dimensional zone where the magnetic fields break and reconnect. Before ESA's Cluster started exploring the Earth's magnetosphere it was not possible to identify any of such regions, as the detection required at least four simultaneous points of measurements.

Cluster measurements made on 15 September 2001 showed that the null point exists in an unexpected vortex structure about 500 kilometres across, a characteristic size never been reported before in observations, theory or simulations.