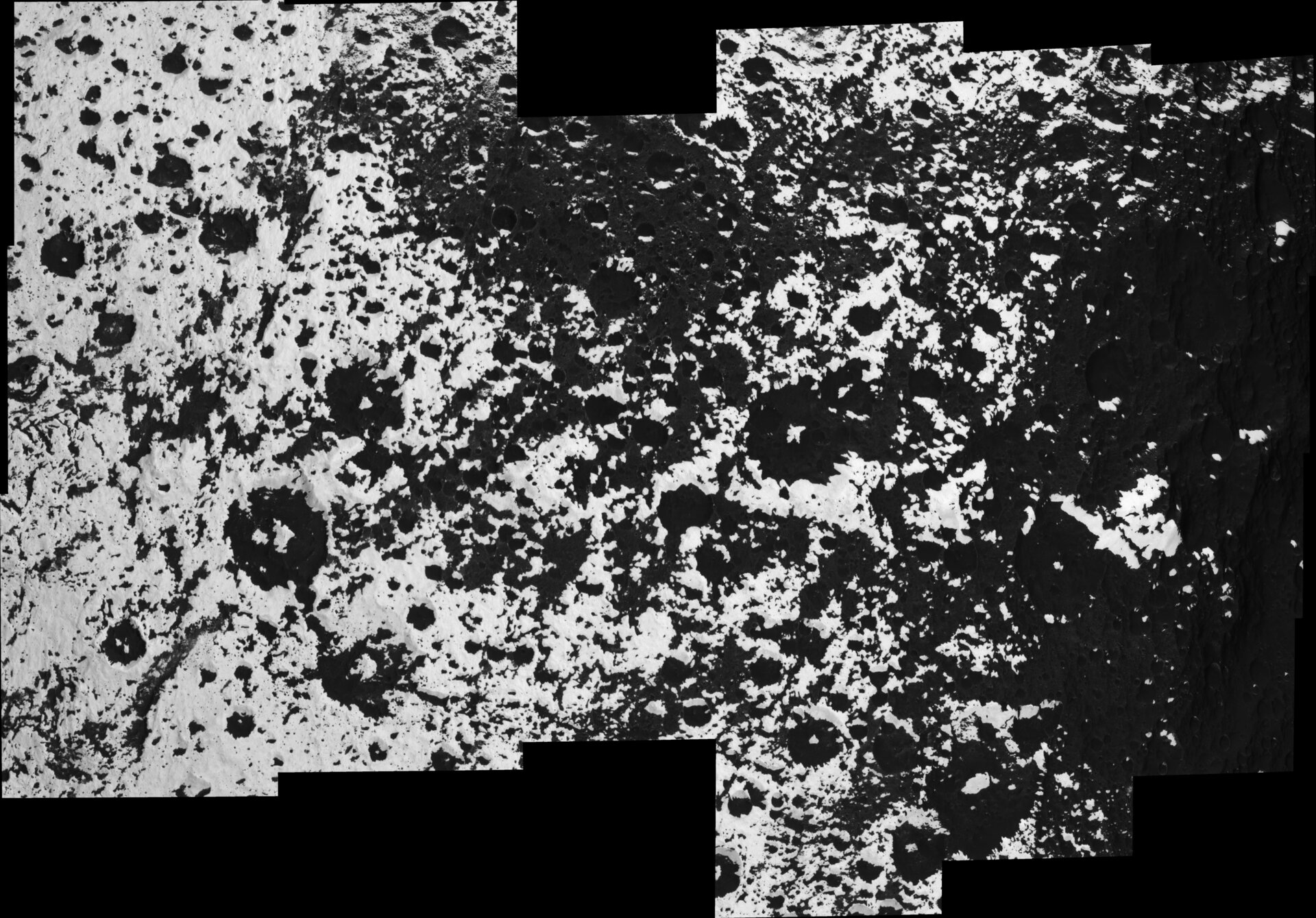 The transition region from Saturn's moon Iapetus' dark leading hemisphere to its bright trailing hemisphere is a complicated patchwork of craters and highlands, with low elevations filled in by dark material.

An explanation of the pattern visible here might be key to a full understanding of the bright/dark dichotomy on Iapetus, 1468 kilometres across.

The view is centered on the equator and covers an area 711 kilometres wide by 417 kilometres tall.

The giant equatorial ridge visible on the dark leading hemisphere is not present anymore in this region. Instead, large, isolated mountains more than 10 kilometres tall are spread along the equator. These mountains show bright western flanks, while the surrounding lowlands are generally dark.

The mosaic is an orthographic projection consisting of 21 image footprints across the surface of Iapetus. The view is centered on terrain near 0.1° north and 199° west, in the quadrant of Iapetus that faces away from Saturn. Image scale is approximately 83 metres per pixel. An orthographic view is most like the view seen by a distant observer looking through a telescope.

The clear spectral filter images in this mosaic were obtained with the Cassini spacecraft narrow- angle camera on 10 September 2007, at distances ranging from 13 857 to 21 846 kilometers from Iapetus.