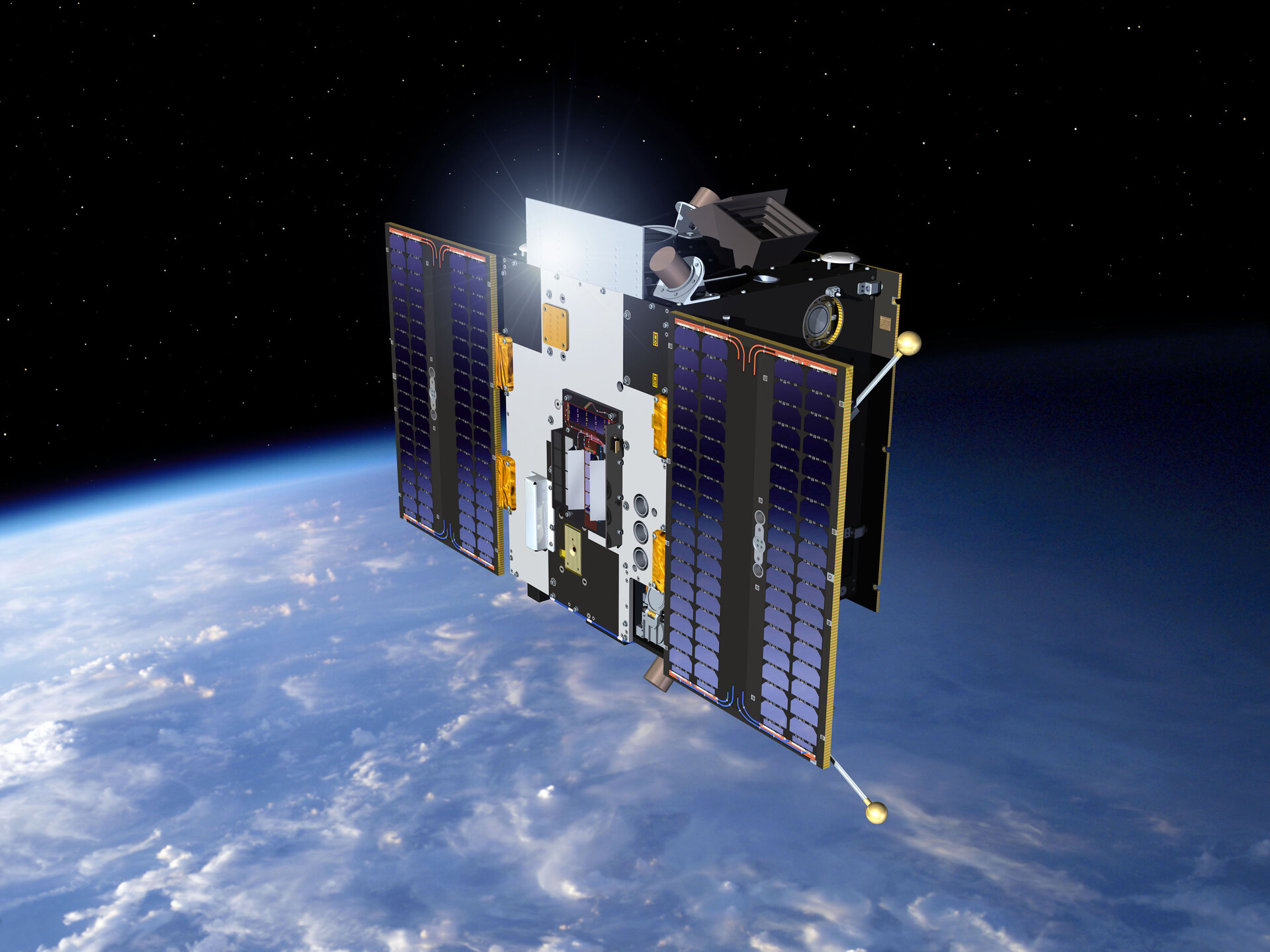 This artist's view shows Proba-2 fully operational in its final orbit. Its front side is continuously oriented toward the Sun, displaying instruments used for solar observation. LYRA (LYman alpha Radiometer) can be seen as the three vertical circles on the right. Just below it is SWAP (Sun Watcher using Active pixel system detector and image Processing) – the grey surface in the right bottom corner.

In the center of the white panel, we can see the SPC (Solar Panel Concentrator) – the two vertical triangle mirrors – and below it, the DSS (Digital Sun Sensor) – the yellow grey box with a circular hole.

On the satellite's left side can be seen one of its three TPMUs (Thermal Plasma Measurement Units) – the circular shape behind the solar panel – and the two extended DSLP (Dual Segmented Langmuir Probe) antennas extending from each corner of the solar array to study the space environment.

Proba stands for PRoject for OnBoard Autonomy. The Proba satellites are among the smallest spacecraft ever to be flown by ESA, but they are making a big impact in the field of space technology. Proba-2 is the second of the series, building on nearly eight years of successful Proba-1 experience. Proba-2 is the result of ESA’s commitment to technological innovation. Altogether, 17 new technological developments and four scientific experiments are being flown on Proba-2.