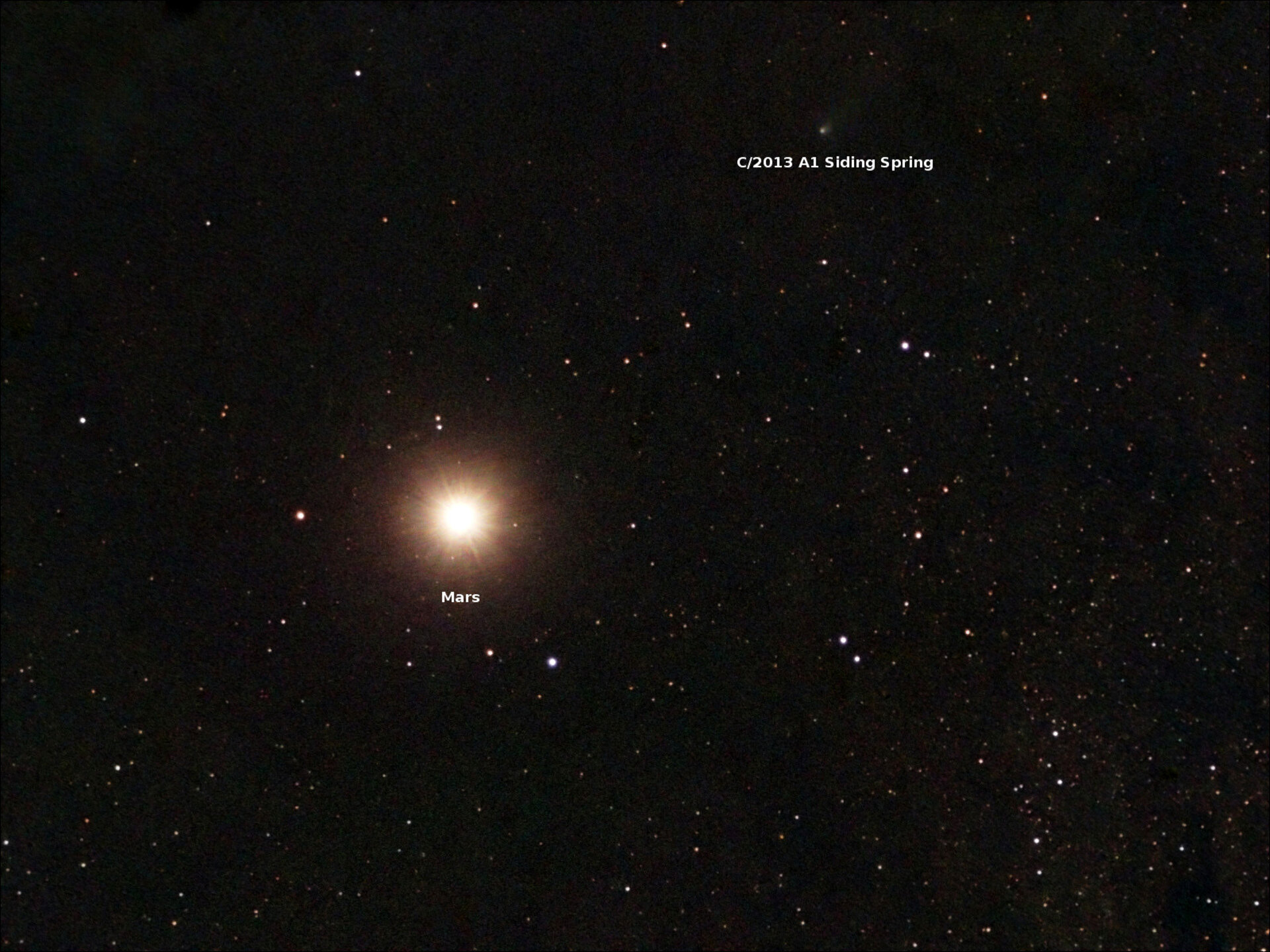 This excellent view of Mars seen together with Comet C/2013 A1 Siding Spring was captured by Scott Ferguson, Florida, USA, on 19 October 2014 on the morning that the enigmatic object made the closest-known planetary flyby by a comet.

The image was taken around 01:00 GMT (03:00 CEST), and comprises several, separate three-minute exposures taken during a 52-minute period, which were then combined to improve clarity.

The passage was observed by a fleet of European, American and Indian landers and orbiters, including ESA’s Mars Express, which studied the comet’s nucleus and coma and its interactions with the Mars atmosphere and the solar wind.

It was also observed by professional and amateur astronomers worldwide, and the images and data should enable scientists to understand this extraordinary visitor better.

Siding Spring spent most of its life in the Oort Cloud, a shell surrounding our Sun some 5000–100 000 times the Earth–Sun distance away and containing billions of comets thought to be left over from the formation of our Solar System.