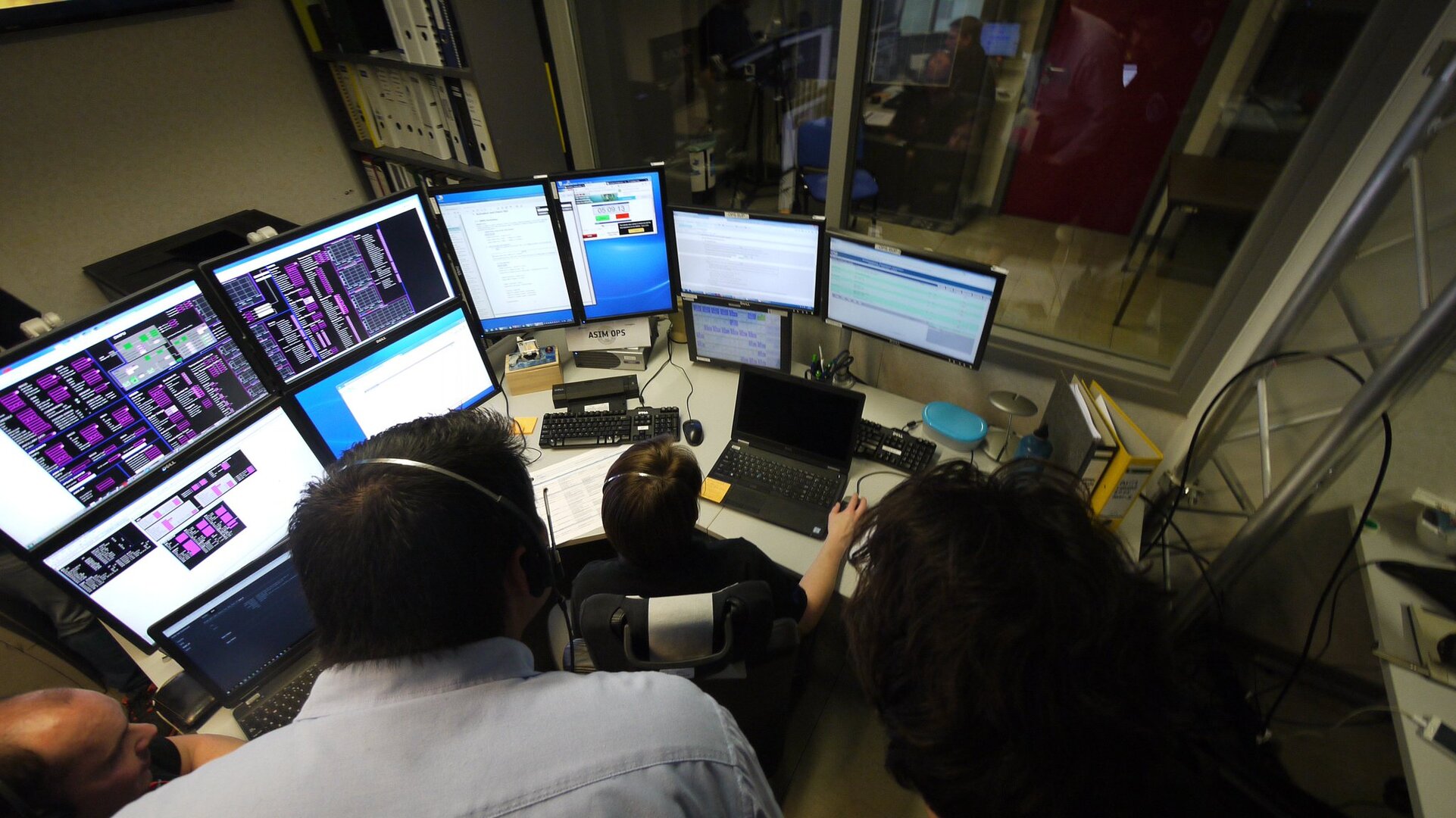 Teams eagerly await first signs of life from the Atmosphere-Space Interactions Monitor. The staff at the Belgian user operations and support centre in Brussels peer at the console to see the first numbers coming in from space on 13 April 2018.

The first part to getting data is checking the communication channels. The storm hunter sends data over the International Space Station network beamed via communication satellites to a ground station in White Sands, USA, then on to the Space Station mission control in Houston, under the Atlantic ocean to the Columbus Control Centre near Munich, Germany, and finally to the Belgian user operations and support centre in Brussels.

From here, the science data centre at the Technical University of Denmark takes over and feeds the scientists with scientific data.