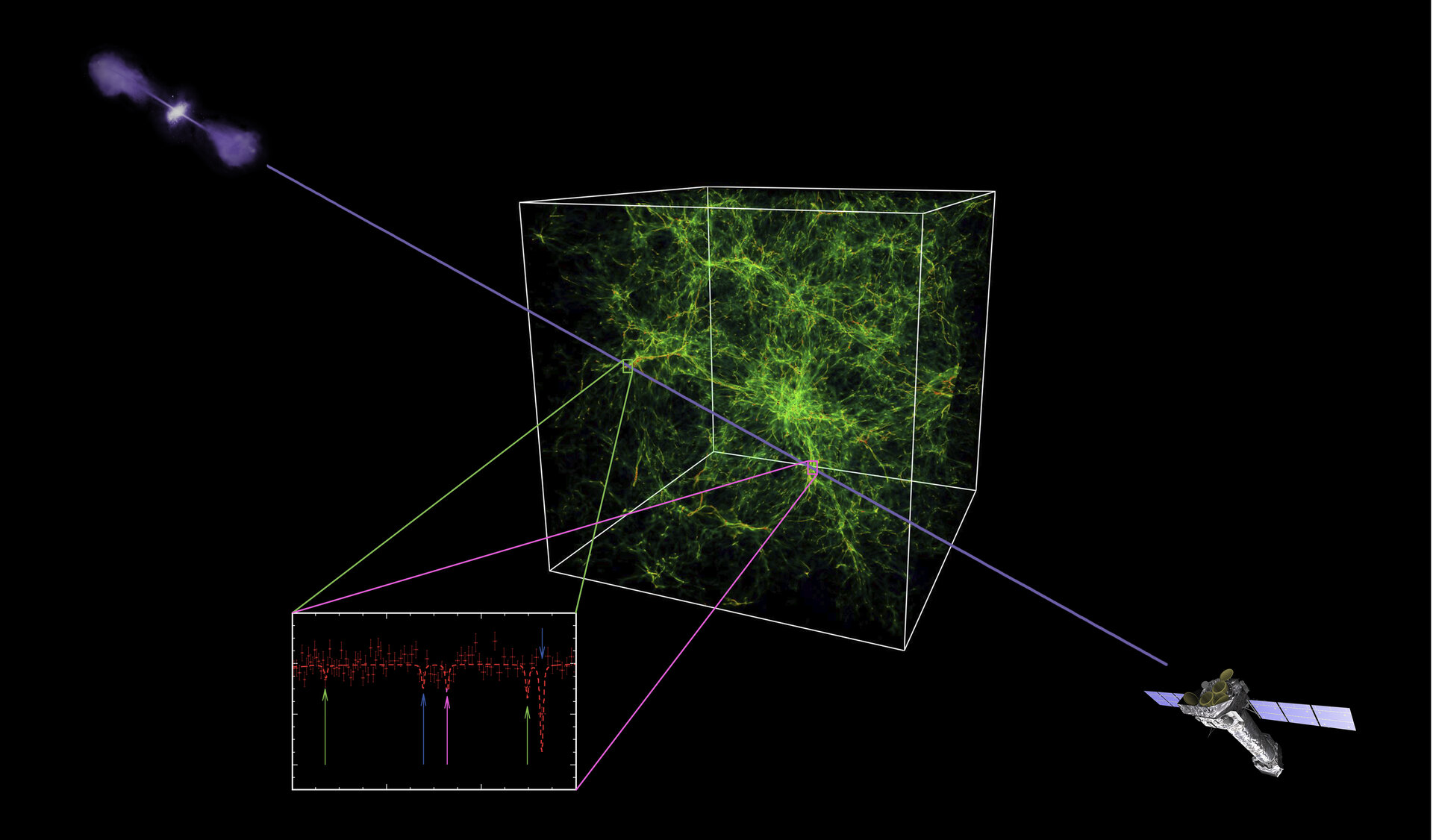 Artist’s impression of the warm-hot intergalactic medium, a mixture of gas with temperatures ranging from hundreds of thousands of degrees (warm) to millions of degrees (hot) that permeated the Universe in a filamentary cosmic web.

After two decades of observations, astronomers using ESA’s XMM-Newton space observatory (represented in the lower right) have detected the hot component of this intergalactic material, closing the gap in the overall budget of ‘normal’ matter in the cosmos.

The discovery was made using observations of a distant quasar – a massive galaxy with a supermassive black hole at its centre that is actively devouring matter and shining brightly from X-rays to radio waves (shown at the upper left). The astronomers observed this quasar, whose light takes more than four billion years to reach us, for a total of 18 days, split between 2015 and 2017, in the longest X-ray observation ever performed of such a source.

Having combed through the data, the team found the signature of oxygen in the hot intergalactic gas between the observatory and the distant quasar, at two different locations along the line of sight (shown in the spectrum in the lower left).

The two concentrations of intergalactic gas correspond to redshift z=0.43 (indicated with green arrows) and z=0.35 (indicated with a magenta arrow); the features in the spectrum indicated with blue arrows represent signatures of nitrogen in our Milky Way galaxy.

An annotated version of this graphic is also available.