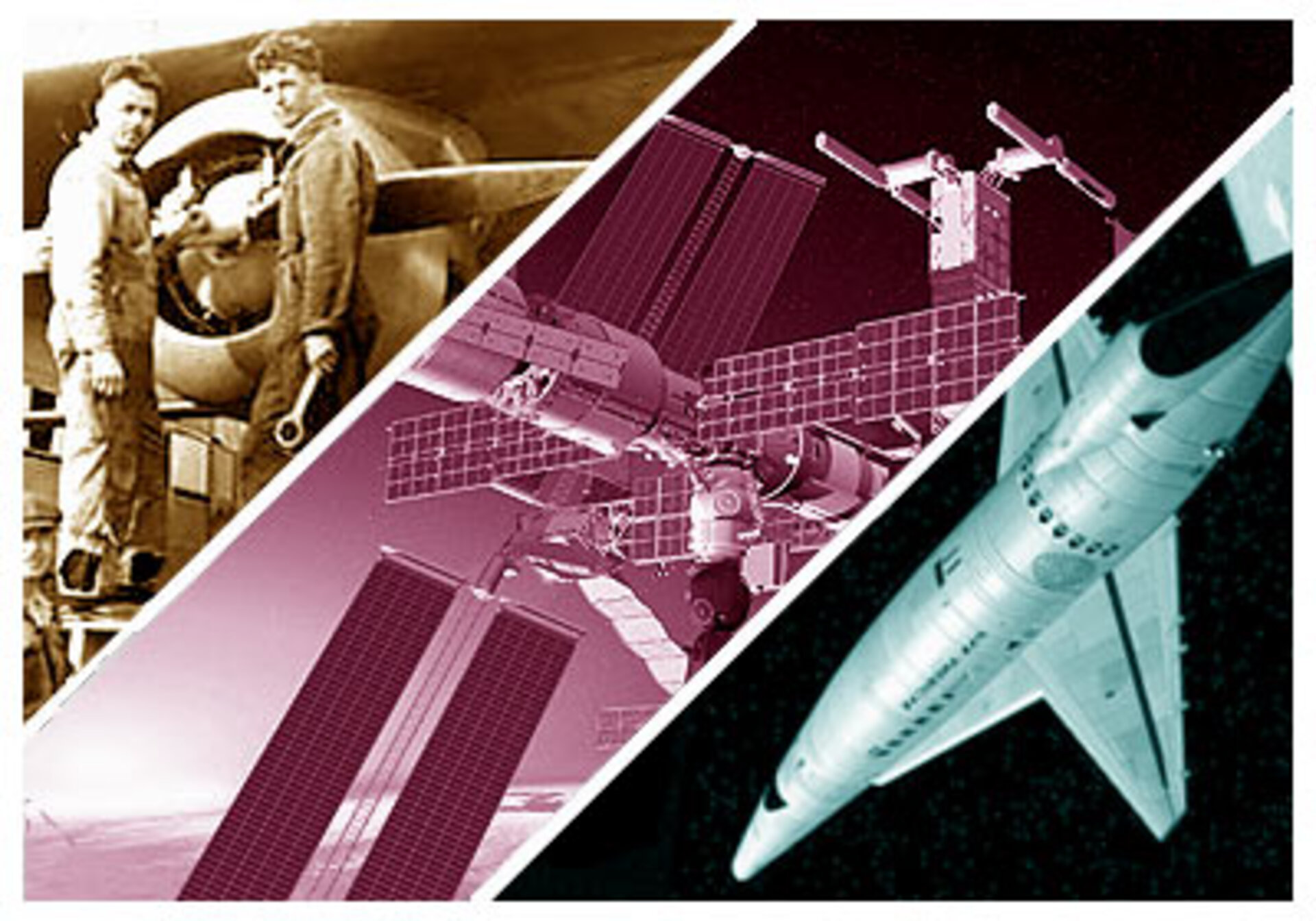 ESA / Enabling & Support / Operations
This week, ESA is cosponsoring an international conference on environmental, human and technical space safety, including related legal and regulatory issues. ESA's space safety interests are growing as the Agency's own near-Earth missions increase and as space tourism and commercial flights worldwide take off.

Listen to the podcast

Today's worldwide level of space activity is reminiscent of that of the nascent aviation industry in the first decades of last century; in the 'Barnstorming' era, increasing numbers of aircraft took to the skies to deliver mail, cargo and passengers, or to perform feats of heroism, such as Lindbergh's first solo trans-Atlantic flight.

In the early days, there were few, if any licensing or training requirements for pilots; aircraft were built to widely differing manufacturing standards; and, once in the air, pilots and passengers were pretty much on their own. There were almost no safety, technical, engineering, traffic control or other standards.

However, as with aviation in the last century, today space is becoming more crowded and spaceflight activity is growing.

The International Association for the Advancement of Space Safety (IAASS), which holds its second annual conference in the USA this week, aims to boost international cooperation in areas such as human spaceflight safety, the legal framework for civil and commercial space activities, space debris mitigation and management of space traffic.

The association believes that, in the long run, the "safety of all human beings in the global commons of space is a responsibility that must be shared by all space-faring powers," as first stated by a senior NASA administrator as far back as 1989.

All aspects must be addressed collectively, and we must not ignore the safeguarding of shared resources, such as commercially valuable orbits.

Despite these forward-looking words, safety issues associated with human spaceflight, public protection and protection of space assets are still handled at the individual national level, in stark contrast to today's mature aviation industry, where an international organisation for aviation safety - the International Civil Aviation Organisation (ICAO) - has existed for 60 years.

"The more we study the situation, the more we find that crew safety and launch flight safety, or space debris and space & air traffic control, cannot be addressed separately. All aspects must be addressed collectively, and we must not ignore the safeguarding of shared resources, such as commercially valuable orbits," says Tommaso Sgobba, current president of the IAASS and Head of the Product Assurance and Safety Office in ESA's Directorate of Human Spaceflight, Microgravity and Exploration, at ESTEC, the Netherlands.

Sgobba explains that the region of space up to and including geostationary orbits is of primary strategic importance for daily civil, commercial and military activities including future space-based safety critical services. "Within just a few years, most of the systems upon which civil aircraft rely for navigation and traffic control will operate from space-based networks. It is vital that we take steps now to cooperate internationally to manage that region of space as a shared resource," he says.

IAASS conference to propose an 'ICAO for space'

This week, ESA is cosponsoring the association's annual conference, which is themed on "Space Safety in a Global World."

The conference will take place in Chicago, USA, 14-16 May 2007, and will be attended by senior representatives from ESA, NASA and the Japanese, Indian and Russian space agencies, as well as from industry, academia and individual national government departments.

At this year's conference, the IAASS will present a White Book entitled: "An ICAO for Space?" to promote the cause of establishing an international organisation for the coordination and regulation of civil space safety matters on the model of the ICAO.

In addition, sessions will be dedicated to space materials safety, which is a key area for long-duration manned missions to the Moon and Mars, and to discussing technical safety topics such as flammability in microgravity, toxic offgassing on long-duration missions and biological-supported corrosion in space habitats, plus safety issues and features associated with new materials for space projects.

This month's conference highlights safety related developments within the Agency.

ESA is moving into a new era of operational human space activities. By the end of 2007, ESA expects to have launched "Jules Verne," the first in a series of European-developed Automated Transfer Vehicles (ATV) designed to supply the International Space Station (ISS).

In parallel, the ISS will be expanded with Columbus - Europe's habitable laboratory. These developments go hand-in-hand with an expanding ESA role in the area of safety, building in more autonomy.

ESA's Space Debris Office, located at ESA/ESOC, in Darmstadt, Germany, has long supported initiatives at the Inter-Agency Space Debris Coordination Committee (IADC) and at the UN's Committee on the Peaceful Uses of Outer Space (UNCOPUOS) to mitigate space debris creation and preserve the usability of orbits for future generations.

The organisation was established in 2004 in the Netherlands by European and American space safety experts in the wake of the debate that followed the Shuttle Columbia disaster.

The IAASS is a duly founded non-profit organisation dedicated to furthering international cooperation and scientific advancement in all fields of space safety.

The association exists to help shape and advance an international culture of space safety (technical, organisational and socio-political), which can contribute to making space missions, vehicles, launchers, stations, extraterrestrial habitats, equipment and payloads safer for the general public, ground personnel and crews.