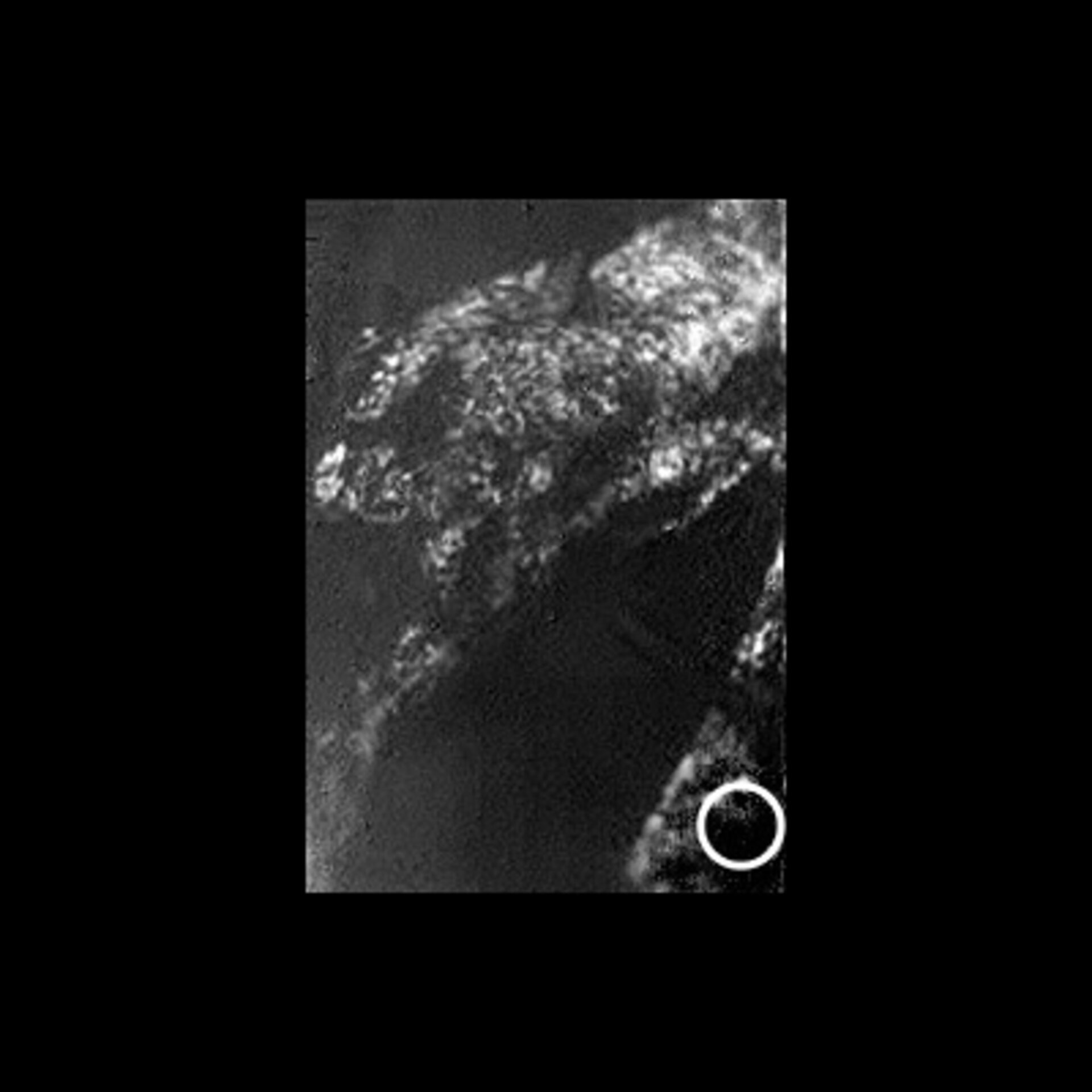 Although Huygens landed on Titan's surface on 14 January, activity at ESA's European Space Operations Centre (ESOC) in Darmstadt, Germany, continues at a furious pace. Scientists are still working to refine the exact location of the probe's landing site, seen above.

While Huygens rests frozen at -180 degrees Celsius on Titan's landscape, a symbolic finale to the engineering and flight phase of this historic mission, scientists have taken little time off to eat or sleep.

They have been processing, examining and analysing data, and sometimes even dreaming about it when they sleep. There's enough data to keep Huygens scientists busy for months and even years to come.

One of the most interesting early results is the descent profile. Some 30 scientists in the Descent Trajectory Working Group are working to recreate the trajectory of the probe as it parachuted down to Titan's surface.

The descent profile provides the important link between measurements made by instruments on the Huygens probe and the Cassini orbiter. It is also needed to understand where the probe landed on Titan. Having a profile of a probe entering an atmosphere on a Solar System body is important for future space missions.

After Huygens' main parachute unfurled in the upper atmosphere, the probe slowed to a little over 50 metres per second, or about the speed you might drive on a motorway.

"The ride was bumpier than we thought it would be," said Martin Tomasko, Principal Investigator for the Descent Imager/Spectral Radiometer (DISR), the instrument that provided Huygens' stunning images among other data.

The probe rocked more than expected in the upper atmosphere. During its descent through high-altitude haze, it tilted at least 10 to 20 degrees. Below the haze layer, the probe was more stable, tilting less than 3 degrees.

Tomasko and others are still investigating the reason for the bumpy ride and are focusing on a suspected change in wind profile at about 25 kilometres altitude.

The bumpy ride was not the only surprise during the descent.

Landing with a splat

Scientists had theorised that the probe would drop out of the haze at between 70 and 50 kilometres. In fact, Huygens began to emerge from the haze only at 30 kilometres above the surface.

When the probe landed, it was not with a thud, or a splash, but a 'splat'. It landed in Titanian 'mud'.

"I think the biggest surprise is that we survived landing and that we lasted so long," said DISR team member Charles See. "There wasn't even a glitch at impact. That landing was a lot friendlier than we anticipated."

DISR's downward-looking High Resolution Imager camera lens apparently accumulated some material, which suggests the probe may have settled into the surface. "Either that, or we steamed hydrocarbons off the surface and they collected onto the lens," said See.

"The probe's parachute disappeared from sight on landing, so the probe probably isn't pointing east, or we would have seen the parachute," said DISR team member Mike Bushroe.

When the mission was designed, it was decided that the DISR's 20-Watt landing lamp should turn on 700 metres above the surface and illuminate the landing site for as long as 15 minutes after touchdown.

"In fact, not only did the landing lamp turn on at exactly 700 metres, but also it was still shining more than an hour later, when Cassini moved beyond Titan's horizon for its ongoing exploratory tour of the giant moon and the Saturnian system," said Tomasko.