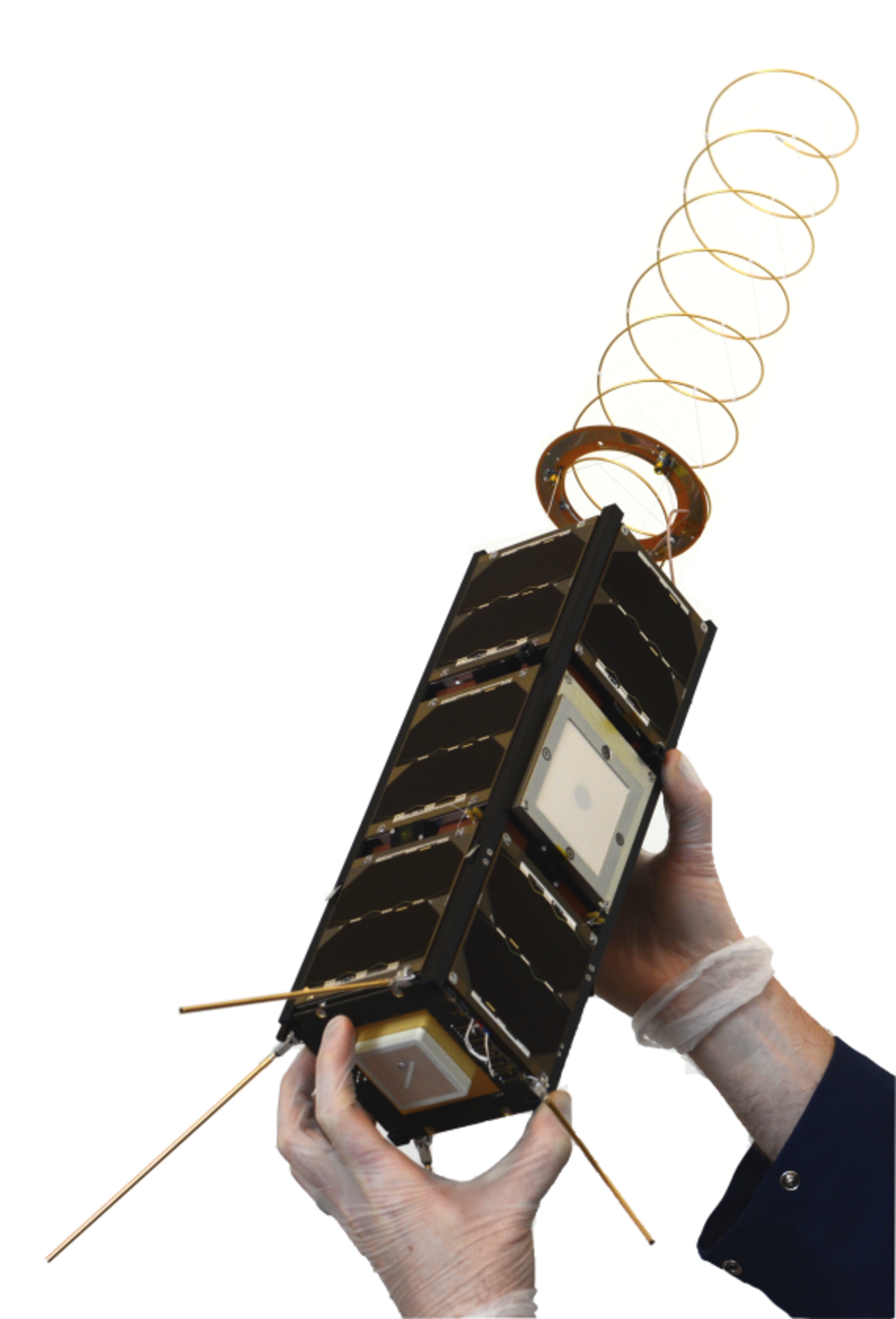 ESA’s first technology CubeSat has burned up in the atmosphere after a year in orbit. Following six months of demonstrating new technologies, the tiny satellite’s working life was extended in order to gather wind data from aircraft in flight – a notable first, essentially making it Europe’s smallest weather satellite.

Released from the International Space Station in October 2015, GomX-3 – built for ESA by GomSpace in Denmark – carried an experimental receiver to detect ‘ADS-B’ tracking signals broadcast by aircraft in flight, as well as a software-defined radio for evaluating spot beams from telecom satellite signals, and an X-band receiver for high-bandwidth data downloads.

Aircraft threading their way through the sky are increasingly regarded as a useful resource for weather forecasting. The Met Office has established a network of five ground receivers that gather wind and temperature data from aircraft across the country’s airspace in response to air traffic control radar.

“The information in these messages can be used to derive high-quality wind information explains Edmund Stone, Met Office observations scientist. “This works by comparing the reported ground and air speeds and directions. We also retrieve lower-quality temperature data.

“The large number of aircraft in the sky over the UK means the volume of wind data acquired by this method is 20 times all other sources combined.”

Research is under way to assimilate these data into UK numerical weather models, to help improve forecast accuracy.

“These messages are becoming more common across the globe,” he adds. “This information will be useful in the future in increasing the global observation network coverage, both from the ground and also from orbit, which led us to the collaboration with ESA and GomSpace.”

GomSpace reconfigured the ADS-B receiver on GomX-3 to record the information in the aircraft signals needed by the UK Met Office, and collected the data over a two-week period.

“By processing the data, we were able to confirm that these could also be used to acquire good-quality, high-volume wind information. On a global scale it would improve global weather forecasting, particularly for areas where wind data are relatively scarce.

“Our first technology CubeSat has again proven its worth during its short life, this time by demonstrating the use of CubeSats for gathering global wind data based on aircraft ADS-B signals – opening up the prospect of a low-cost CubeSat constellation for global wind monitoring in future,” concludes Roger Walker, responsible for ESA’s technology CubeSat projects.

ESA is preparing further technology-testing CubeSats as part of the In-Orbit Demonstration element of the Agency’s General Support Technology Programme, focused on readying new products for space and the marketplace.

Last month a contract was signed with GomSpace for the larger GomX-4B.