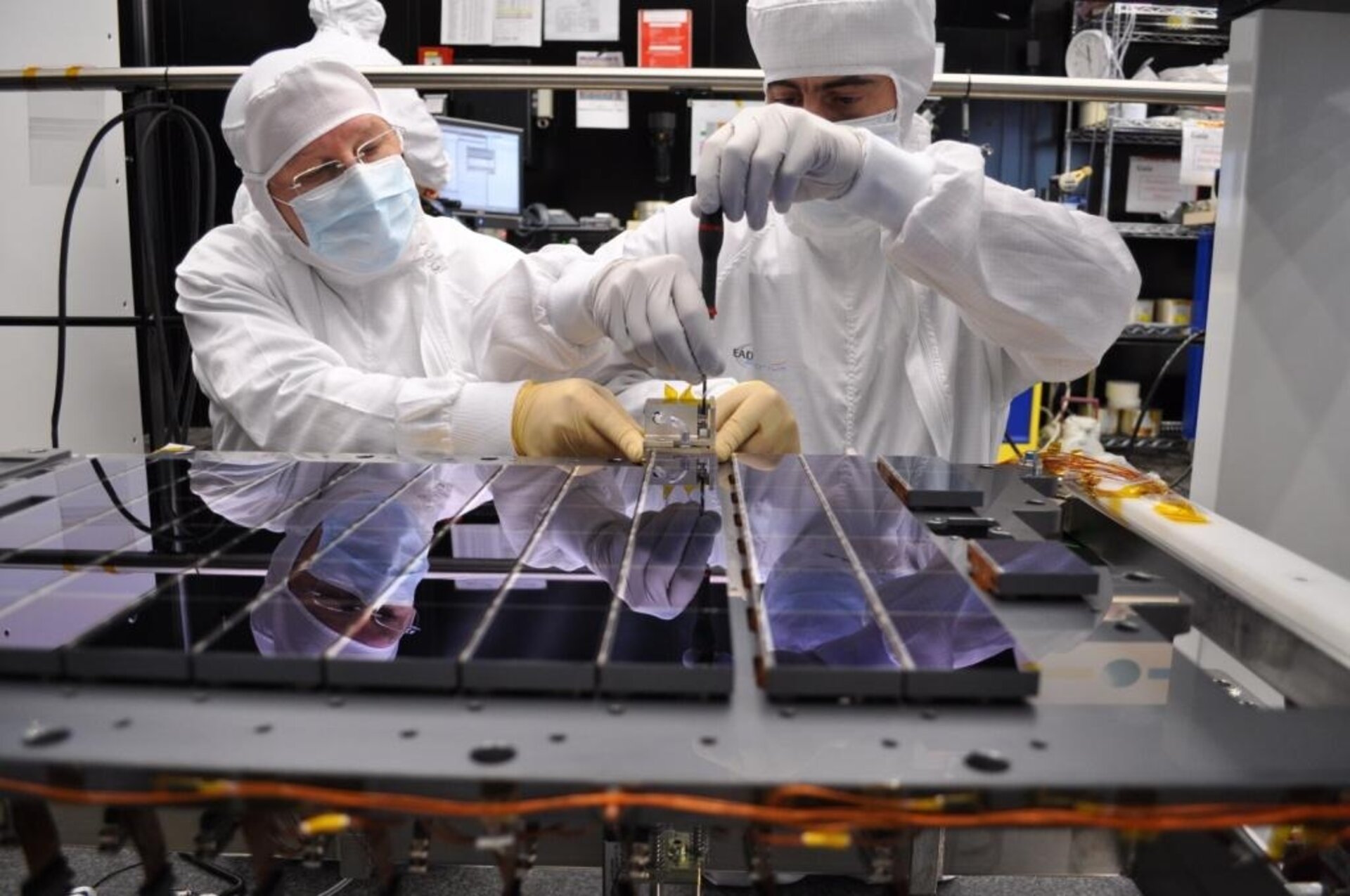 The largest digital camera ever built for a space mission has been painstakingly mosaicked together from 106 separate electronic detectors. The resulting “billion-pixel array” will serve as the super-sensitive ‘eye’ of ESA’s Galaxy-mapping Gaia mission.

While the naked human eye can see several thousand stars on a clear night, Gaia will map a billion stars within our own Milky Way Galaxy and its neighbours over the course of its five-year mission from 2013, charting their brightness and spectral characteristics along with their three-dimensional positions and motions.

In order to detect distant stars up to a million times fainter than the eye can see, Gaia will carry 106 charge coupled devices (CCDs), advanced versions of chips within standard digital cameras.

Developed for the mission by e2v Technologies of Chelmsford, UK, these rectangular detectors are a little smaller than a credit card, each one measuring 4.7x6 cm but thinner than a human hair.

The 0.5x1.0 m mosaic has been assembled at the Toulouse facility of Gaia prime contractor Astrium France.

Technicians spent much of May carefully fitting together each CCD package on the support structure, leaving only a 1 mm gap between them. Working in double shifts in strict cleanroom conditions, they added an average four CCDs per day, finally completing their task on 1 June.

“The mounting and precise alignment of the 106 CCDs is a key step in the assembly of the flight model focal plane assembly,” said Philippe Garé, ESA’s Gaia payload manager.

The completed mosaic is arranged in seven rows of CCDs. The main array comprises 102 detectors dedicated to star detection. Four others check the image quality of each telescope and the stability of the 106.5º angle between the two telescopes that Gaia uses to obtain stereo views of stars.

In order to increase the sensitivity of its detectors, the spacecraft will maintain their temperature of –110ºC.

Gaia’s CCD support structure, like much of the rest of the spacecraft, is made of silicon carbide – a ceramic like material, extraordinarily resistant to deforming under temperature changes.

First synthesised as a diamond substitute, SiC has the advantage of low weight: the entire support structure with its detectors is only 20 kg.

Gaia will operate at the Earth–Sun L2 Lagrange point, 1,5 million kilometers behind the earth, when looking from the sun, where Earth’s orbital motion balances out gravitational forces to form a stable point in space. As the spinning Gaia’s two telescopes sweep across the sky, the images of stars in each field of view will move across the focal plane array, divided into four fields variously dedicated to star mapping, position and motion, colour and intensity and spectrometry.

Scheduled for launch in 2013, Gaia’s three-dimensional star map will help to reveal the composition, formation and evolution of the Milky Way, sampling 1% of our Galaxy’s stars.

Gaia should also sample large numbers of other celestial bodies, from minor bodies in our own Solar System to more distant galaxies and quasars near the edge of the observable Universe.