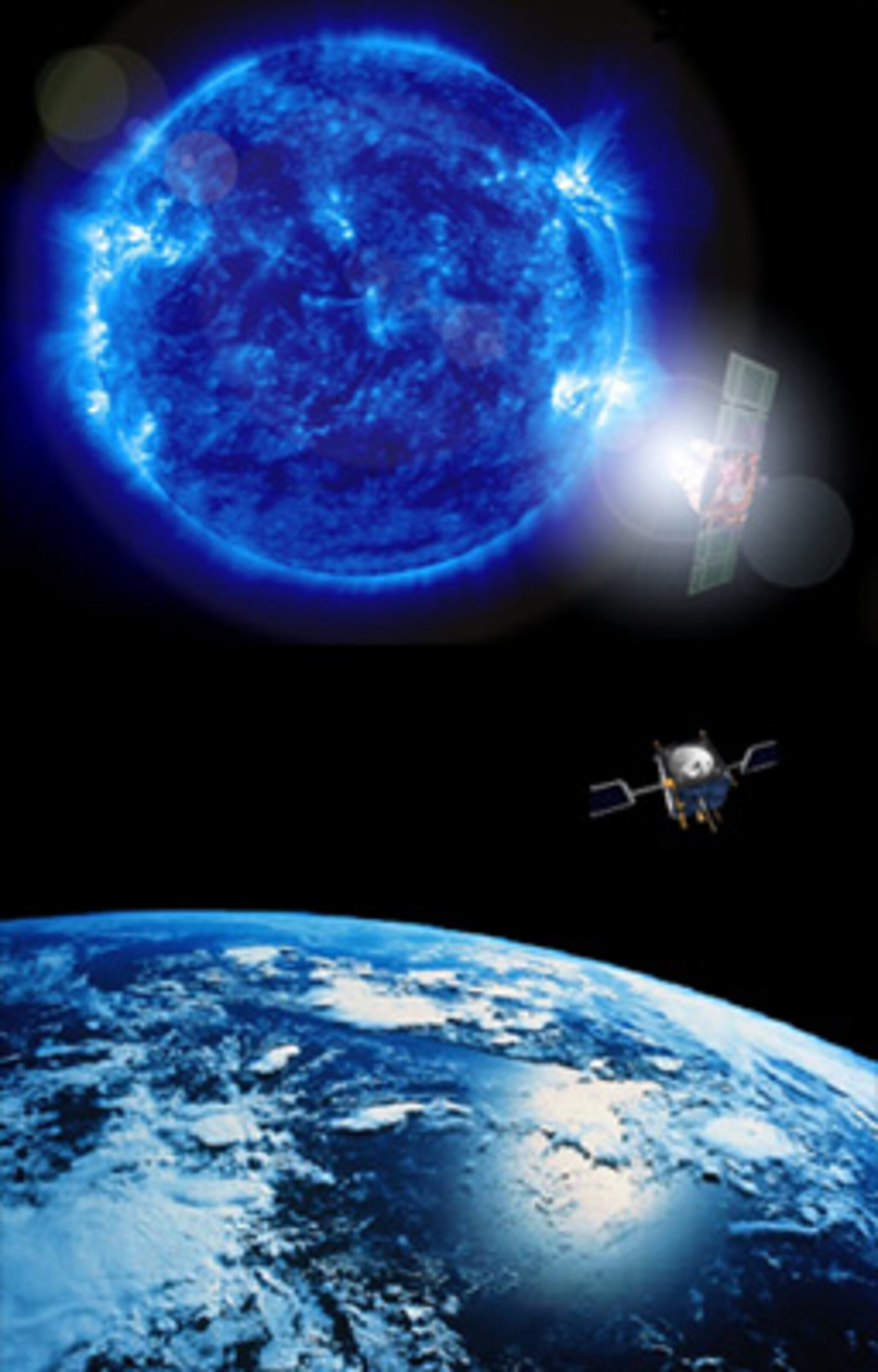 Planned to be launched next year, ESA’s Proba-V mission will perform daily tracking of global vegetation growth. At the same time, the small satellite will also monitor the space environment with a compact radiation instrument.

Proba-V’s Energetic Particle Telescope (EPT) will record the charge, energy and angle of incoming charged particles along a wide range of energies across a 50° field-of-view.

Space might be a vacuum but it is far from empty: particles of different energies and charges are thrown off by the Sun, arrive from deep space or are captured and accelerated within radiation belts of Earth’s magnetic field.

Learning more about the ever-changing radiation environment is important to satellite operators as well as scientifically interesting. These particles are hazardous for satellites –radiation is one of the main causes of onboard anomalies and malfunctions – and potentially harmful to astronauts.

The telescope has two sections: one for low- and one for high-energy particle detection. The first, low-energy, section is made up of two silicon detectors at the entrance of the instrument. The high-energy section deeper in the device has a stack of 10 ‘digital absorber modules’.

“The charge imparted by a particle is collected, amplified and analysed to determine the particle species and energy causing it,” said Petteri Nieminen of ESA’s Space Environment and Effects section.

“Unlike the more simple radiation monitors previously flown in space, this telescope can unambiguously separate particles and energies for much more accurate sampling of the radiation flux.”

Built by a consortium of Proba-V prime contractor QinetiQ Space, the Belgian Institute for Space Aeronomy, the Centre for Space Radiation of Belgium’s Catholic University of Louvain and Aboa Space Research Oy in Finland, the shoe-box-sized instrument weighs just 5 kg and needs only six watts of power.

The compact size and power turned out to be crucial in getting it on Proba-V. The Proba series of technology demonstration satellites traditionally host multiple payloads, but Proba-V has less room to spare than usual: its main mission is to extend the 13 years of continuous observations by the Vegetation sensor flying on France’s Spot series of observation satellites.

Proba-V will fly a cut-down version of the same Vegetation instrument, despite being less than a cubic metre in volume. It demanded a re-engineering based on a triple-mirror design to obtain the 2250 km field-of-view needed for almost daily coverage of Earth’s entire land surface.

“Proba-V has a firm launch date because its goal is to replace the Vegetation sensor on the current Spot-5,” added Petteri.

“This benefits the telescope as well because the Sun’s cycle of activity is increasing, with ‘solar max’ due to occur in mid-2013.

“In addition, this October Proba-1 will pass its first decade in space. The satellite is carrying a Standard Radiation Environment Monitor (SREM) – also on several other ESA missions – and we would like to perform simultaneous observations from both the SREM and EPT.

“In future, we envisage one or two EPTs being in space at any one time, performing in-orbit cross-calibration for more numerous but less sensitive radiation monitors aboard other European satellites.”

The EPT flight model is due to be completed by the end of this year, with integration onto Proba-V in early 2012. The mission’s launch is scheduled for spring 2012.