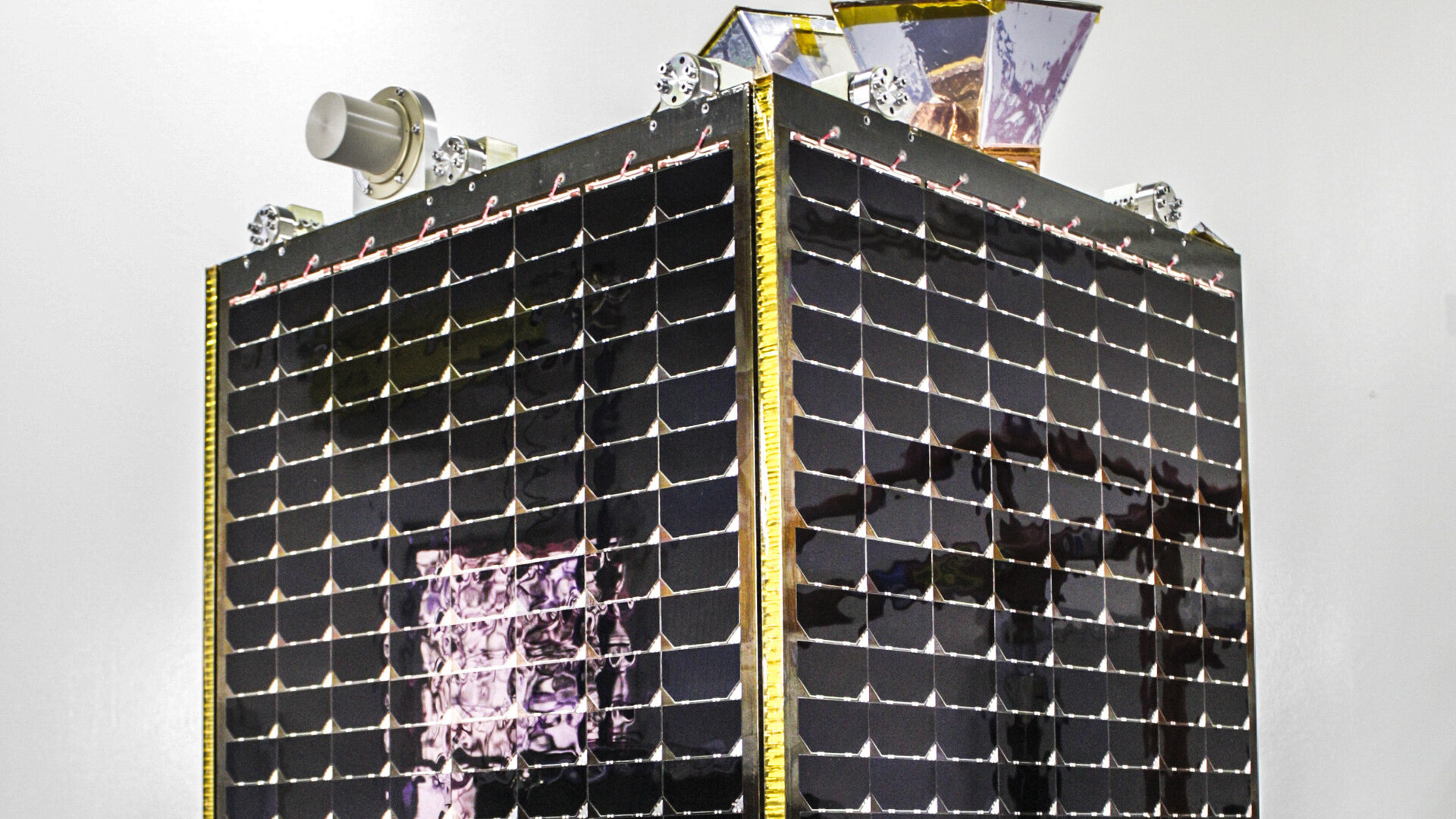 ESA’s Proba-V microsatellite is now assembled and midway through testing to ensure it is fully spaceworthy. The miniature Earth-observer, designed to chart global vegetation every two days, will be launched in April.

The testing at the specialised Intespace facility in Toulouse, France, includes rigorous simulations of Proba-V’s take-off conditions and the hard vacuum and temperature extremes it must endure in orbit.

It comes after Proba-V’s assembly was completed by prime contractor QinetiQ Space at its facility in Kruibeke, Belgium last month.

Building it was a complex operation. Although smaller than a cubic metre, the satellites carries a wide-angle telescope for its main Earth-monitoring instrument, a pair of radiation sensors, a fibre optic connector experiment, a prototype radio transmitter based on the semiconductor gallium nitride, and a test receiver to track aircraft in flight all around the globe.

Such a crowded payload is standard for ESA’s Proba series of satellites, set up to give early space experience to promising new European technologies, especially from smaller companies often lacking easy access to space.

But Proba-V also marks a departure from previous technology demonstrators Proba-1 in 2001 and Proba-2 in 2009. Both later became operational missions once the outstanding performance of their main instruments became clear.

This time around, Proba-V has been conceived as a quasi-operational mission from the start, serving a waiting community of users.

The V stands for Vegetation: the small satellite is flying a miniaturised version of the Vegetation sensor on France’s full-sized Spot-5 satellite, intended to extend its nearly 15-year continuous record of observations – dating back to the previous Spot-4 mission, launched in 1998.

There are more than 10 000 registered users of Vegetation products worldwide, and the data have contributed to hundreds of scientific papers.

Despite being much smaller than the original Vegetation instrument, Proba-V’s version observes compatible spectral bands while delivering a spatial resolution three times sharper.

Among other firsts for the mission, Proba-V will fly a radio amplifier based on gallium nitride. Often described as the most promising semiconductor since silicon, gallium nitride offers higher power levels and radiation resistance.

Proba-V will also be the world’s first space mission to detect Automatic Dependent Surveillance Broadcast signals from aircraft, building up a global overview of air traffic.