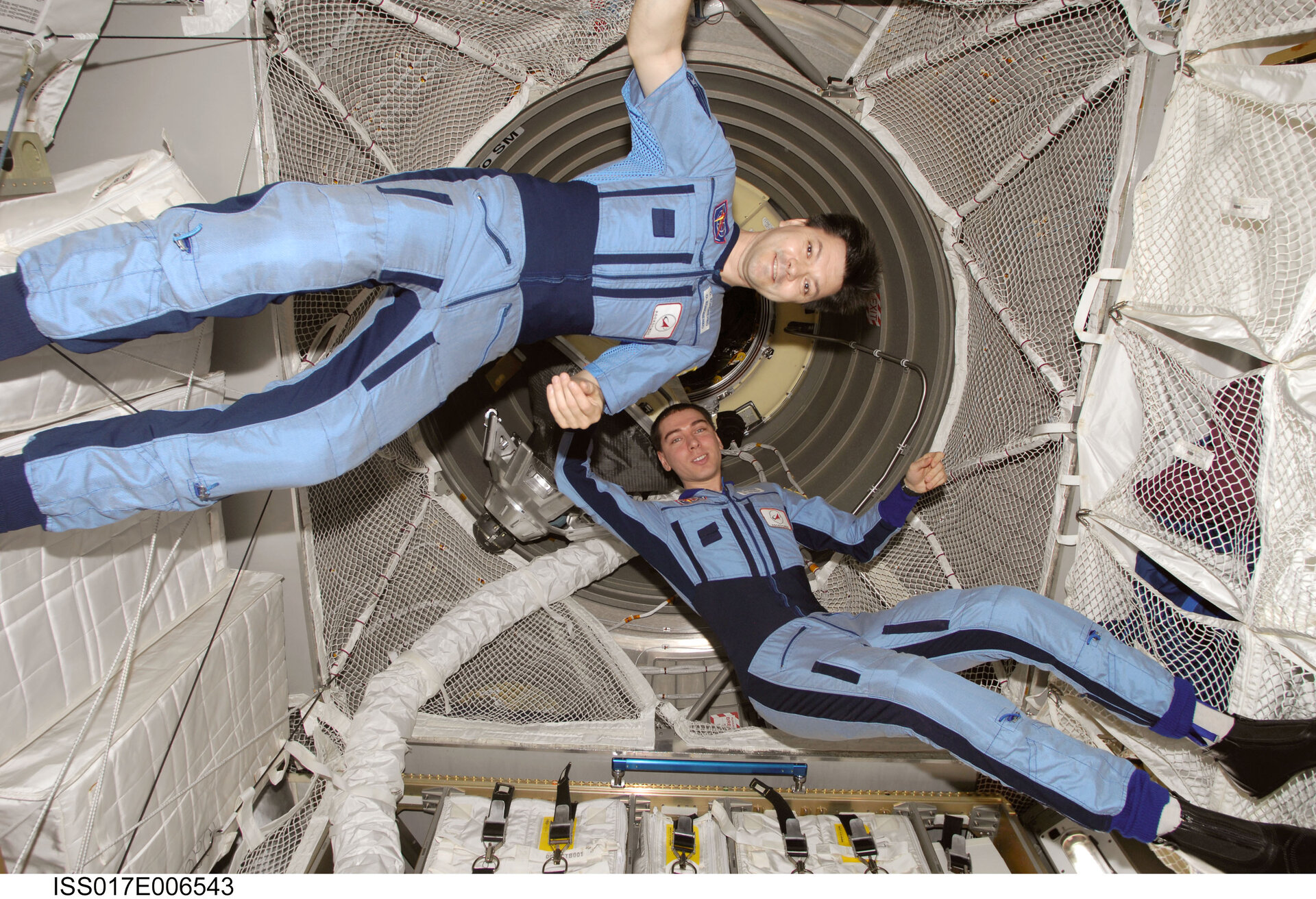 Eleven weeks into its integrated service to the International Space Station, Jules Verne ATV has followed up its successful automatic docking on 3 April 2008 by achieving all its scheduled objectives - and much more. ATV is providing capabilities never planned for before its mission.

In the coming days, Jules Verne is set to transfer its entire 856 kg of refuelling propellant to the Space Station and reboost the 300-tonne Station to a higher orbit for the second time since its arrival. Crewmembers meanwhile are using the European space supply vessel as a new area to sleep and wash. One of its empty tanks has successfully stored 110 litres of condensation water from the ISS. And, last but not least, the ATV’s mission in orbit has been extended from August to September, in order to take advantage of its powerful ISS reboost capabilities.

Since early April, the hatch has remained open between Jules Verne ATV and the rest of the ISS, at times making the first European 48 m3 pressurised spaceship one of the centres of daily life for the crew and the ISS logistics activities.

Answering a request from the ISS crew, ESA ATV managers have authorized the cosmonauts and astronauts to use Jules Verne for a whole new purpose. Instead of using the usual Crew Hygiene Station, the crew can now freely take advantage of the ATV area to wash using their usual wet fabric towels and treated napkins. They also wash their hair with an alcohol-free rinseless shampoo.

Some crewmembers also enjoy Jules Verne as their sleeping quarters, given that the sound level of the ventilator fans and air circulation is relatively low. Although the Space Station houses two small crew cabins, each one is big enough to accommodate just one person. The third ISS crewmember can sleep anywhere in the Station, including inside the ATV, just as long as they attach themselves inside a sleeping bag to a wall.

In early April, 22 litres of ATV's 270 kg cargo of drinking water were transferred from the ATV to the ISS for test purposes. “Analysis showed the water quality to be excellent for drinking and the transfer to the ISS worked flawlessly,” said Hervé Côme.

On 29 May, the ISS partners asked ESA's ATV operation managers to transfer into ATV 110 litres of un-recycled water drawn from the air using the Station's humidity collector. Water retrieval in this way was not envisioned in ATV's original objectives. Five 22-litre water bags have been used to store this unwanted condensation water before transferring it in the ATV’s empty spherical water tanks. Currently, each astronaut on board the ISS uses about 13.6 litres of water daily. Air humidity is recycled to regulate moisture levels in the Station.

Later in the mission, liquid waste from the Station's toilet will be transferred to the ATV's tanks via valves and flexible hosepipes or foldable plastic containers. The crew will also gradually fill the cargo section with the Station's waste and equipment that is no longer used. Russian partners have asked ESA to consider including a Soyuz seat liner no longer needed on the ISS. At the end of its mission, Jules Verne ATV will burn up in a controlled reentry into the Earth’s atmosphere over the Pacific Ocean, in the process eliminating 6.3 tonnes of waste material.

Among other numerous ATV activities, on 9 June, some of the 28 smaller ATV thrusters (220 N) were fired for 400 milliseconds from the Moscow Control Centre. The purpose of this quick attitude-control test was to check the dynamic behaviour of the massive 400-tonne orbital outpost with the new 16-tonne Japanese Kibo science lab attached and with Space Shuttle Discovery docked.

“Jules Verne is an incredible spaceship; it is performing beyond our best hopes. ATV has fulfilled all its objectives perfectly and on top of that, several new functions have been made possible that we did not initially plan for” said Alberto Novelli, Head of ATV Mission Operations at the ATV Control Centre.

Jules Verne is set to remain attached to the ISS for one extra month, with undocking now scheduled for September instead of early August, as originally planned. The European spaceship was built to stay docked to the space complex for six months, just like the Russian Soyuz and Progress capsules.

“With the perfect inaugural rendezvous with the ISS, Jules Verne saved over 870 kg of propulsion fuel, which can be used to perform more Station reboosts at regular intervals this summer,” said Frank Bouckaert, ESA ATV mechanical and thermal engineer. “The reboosts raise the Station to a higher orbit to overcome the effects of residual atmospheric drag.”

The ATV's achievements have also been noted by NASA Administrator Michael Griffin. “I am incredibly proud of our European partners for successfully docking the Jules Verne with the ISS,” said Griffin, during an official speech to a Parliamentary Group on Space at the French National Assembly on 5 June 2008. “I applaud Europe's achievement. In combination with the launch of the Columbus Module earlier this year, the success of the ATV marks the arrival of Europe as a full-fledged space power. (...) We welcome, indeed we are asking for, European collaboration in human exploration. We welcome the development of independent European capabilities in space to provide redundant systems in the event of failure of any one partner’s capabilities.”